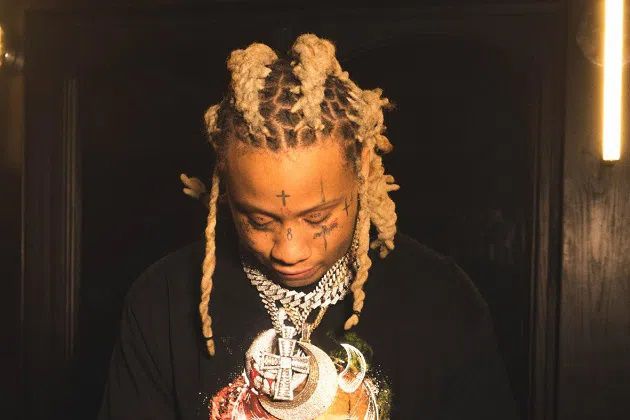 Apparently, Drake’s verse on Trippie Redd’s “Betrayal” triggered Kanye West. Certain bars on the record seemed to be a representation of Drake publicly sharing his thoughts on his longtime frenemy.

“All these fools I’m beefing that I barely know. Forty-five, forty-four, let it go. Ye ain’t changing s### for me, it’s set in stone,” raps Drake on “Betrayal.” Those lyrics were supposedly the catalyst for Kanye West doxxing Drizzy’s address.

While the back-and-forth is taking place between Drake and Kanye West, 22-year-old Ohio rapper Trippie Redd is now somewhat involved too since it was his track that sparked the latest round in the beef. Redd spoke to Power 106 about the collaboration.

“I’ve just been chilling… enjoying all the energy. Just breathing it all in,” responded Trippie Redd when asked about the controversy connected to the song.

“Betrayal” now lives on Trippie Redd’s Trip at Knight. However, it did not appear on the album’s original tracklist when it dropped on August 20. “Betrayal” was added to the “Complete Expanded Edition” of the project the following day.

“Me and Drake, we be tapped into each other’s music a lot. He listens to my s###. I listen to his s###. Every time I see him drop something, I say something to him. Trying to let him know like, ‘This is crazy,'” Trippie Redd explained to Power 106’s DJ Carisma.

Trip at Knight is forecasted to open in the Top 5 of the Billboard 200 chart with 73,000 first-week units. Previously, Trippie Redd hit #1 on the weekly Billboard album rankings with 2019’s A Love Letter to You 4 commercial mixtape. He has five career Top 10 projects.