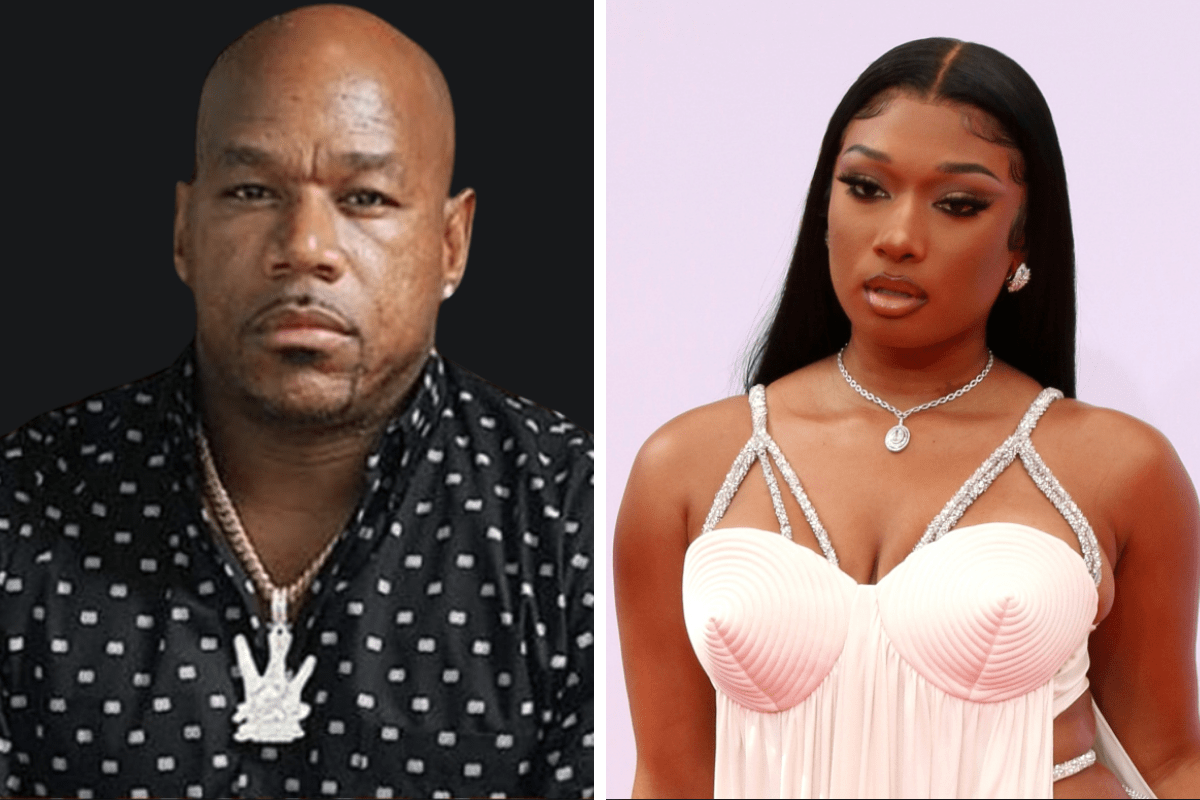 Wack 100 previously came out in support of Megan Thee Stallion after she accused Tory Lanez of shooting her in the foot last July. However, it appears he’s now changed his mind and is saying Megan must have been drunk or high because Tory didn’t shoot her.

Wack shared his thoughts about the incident in a clip shared online from a recent conversation on Clubhouse.

“Let’s really do the math. Some of the strongest bones in our mother*cking body is in our foot right… n*gga,” he said. “If you take a bullet to that foot and it break them bones you are not walking backwards with your hands in the air… it is not happening… it’s not gonna f*cking happen.. you gon lay yo ass down, man or woman, and you gon scream like a mother*cking hoe.. you gonna holler and scream and you not finna be on stage in 2-3 weeks twerking!”

Wack 100 then suggests that Megan wasn’t shot at all. He believes she injured her foot after kicking out a window following an argument with Tory.

“Back and forth conversation… ‘f*ck you, f*ck you.’ Meg in the backseat with her homegirl who’s no longer her homegirl, ‘pull this motherf*cking car over,’ ‘ f*ck that I aint pulling the car over.’ Leaned back kicking that window now we talking.. now we got the glass cutting of the foot.”

Then, in the second clip, he insinuates that Megan – drunk or high, heard a shot, and blamed Tory for it. He added any gunshot residue test will determine the truth.

“Tory ain’t fire no shot. Imma be real with you bro lemme tell you something.. when motherf*ckers be high and drunk and all that on top of sh*t and motherf*ckers just rambling off at the mouth we’ve all been in these situations… and you hear a motherf*cking shot.. man you don’t know where that shot came from half the time but you got to have a general idea of it in your head.. where you think the shot come from right? One thing I do know is I have not seen that GSR test mentioned. That GSR ain’t going nowhere unless you use urine or milk.”

Wack Appears To Contradict Himself

“@theestallion is a -CIVILIAN- She can’t be classified as a SNITCH CIVILIANS TELL THE TRUTH,” he wrote on Instagram.

In the caption, he compared her to his daughter. “My daughter is raised the same way —- #NotGuilty Stop trying to enforce Ice Hockey rules on a kickball field.”