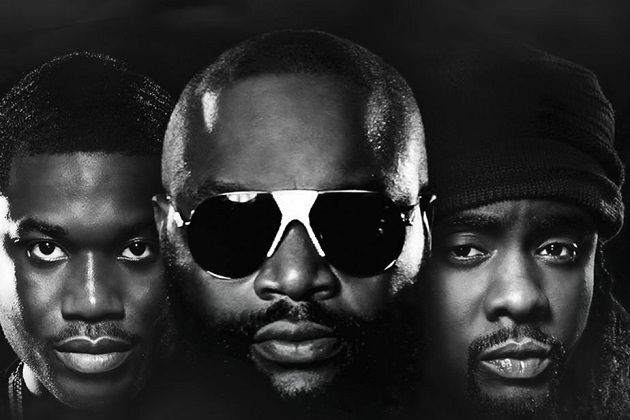 Maybach Music Group will go down as one of the most successful labels/crews in Hip Hop history. The collective produced bona fide chart-topping, critically-acclaimed rap stars in Rick Ross, Meek Mill, and Wale.

Even though each of the MMG representatives repeatedly worked together on music, including the Self Made compilation series, the camp also dealt with friction among members. Recently, there was alleged heat between Meek Mill and Rick Ross.

Wale stopped by the Drink Champs podcast to promote his new Folarin II album. Drink Champs host N.O.R.E. asked Wale to choose between MMG comrades Meek and Rozay. The DMV native chose to take a shot of liquor instead of answering the question.

N.O.R.E. also directly asked Wale about the rumors that Meek Mill barred Rick Ross from his section at Miami’s LIV nightclub during a birthday celebration. Wale insisted he had no information about that situation and does not believe it is true.

Meek Mill also poured more fuel on the fire when he recently tweeted about the contract status with his record label. The Philadephia rapper did not clarify if he had issues with Rick Ross’s Maybach Music Group, its distributor Atlantic Records, or both.

“I haven’t gotten paid from music and I don’t know how much money labels make off me!!!!! I need lawyers ASAP!!!” posted Meek Mill. That tweet has since been deleted, but other tweets related to Meek’s complaints are still live on his Twitter account.