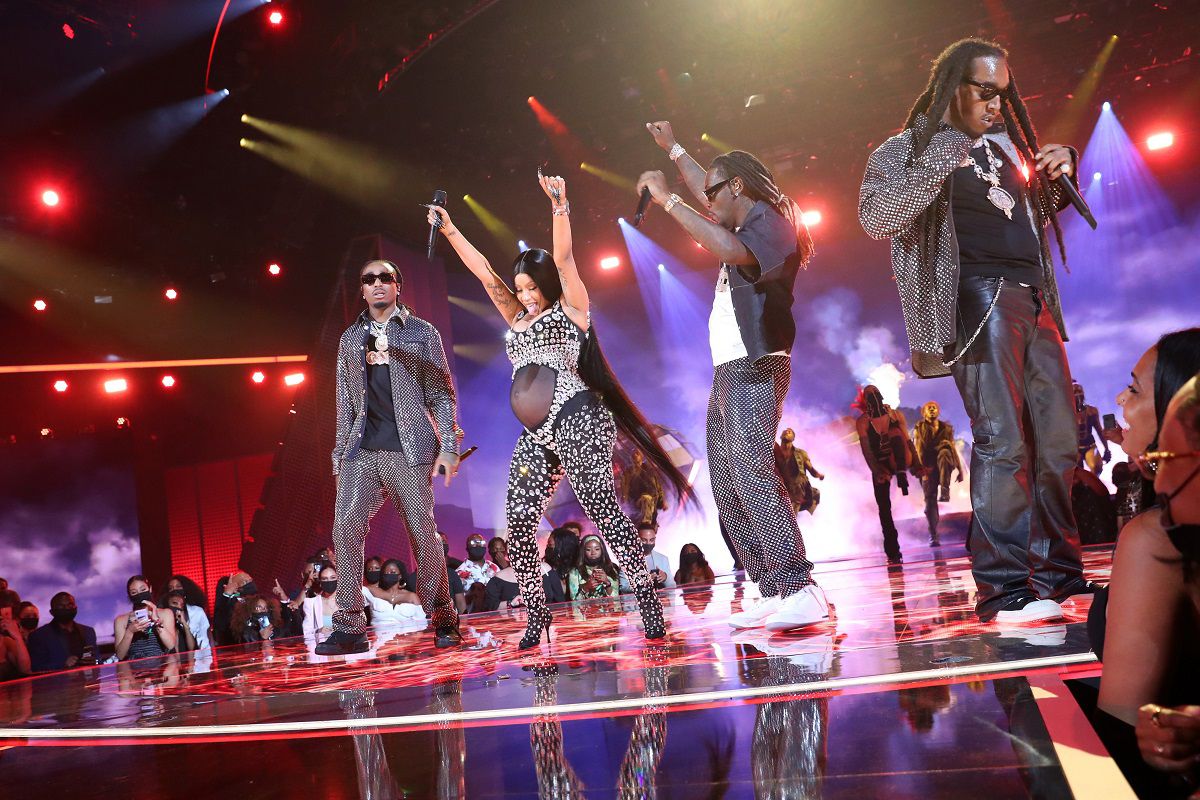 Cardi B is one of the most-talked-about artists to attend the 2021 BET Awards. The Bronx-raised rapper revealed her second pregnancy during the live televised show which instantly made international news.

Atlanta-based trio Migos came out to perform their Culture III songs “Straightenin” and “Type S###.” Cardi B joined her husband Offset and his comrades for the latter track. During the set, she showed off her new baby bump.

Lil Nas X also made headlines over the last 10 hours. The 22-year-old Columbia recording artist ran through his former #1 hit record “Montero (Call Me by Your Name)” on the 2021 BET Awards stage. Lil Nas ended the performance by kissing one of his male dancers on the lips.

Kirk Franklin and Lil Baby opened the night by performing “We Win” from the upcoming Space Jam: A New Legacy soundtrack. Tyler, The Creator provided a show-stopping performance of “Lumberjack.”

Watch the 2021 BET Awards performances below.