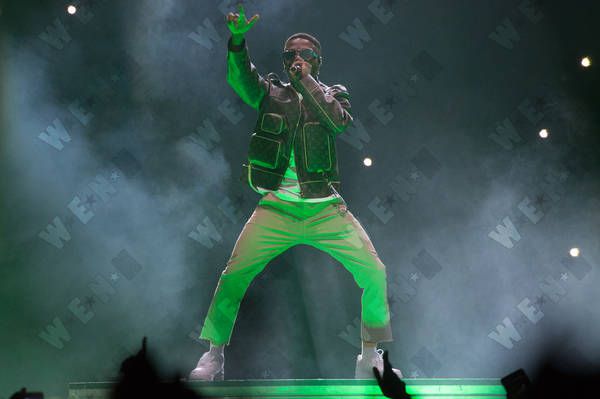 Wizkid is having a breakthrough year with the success of his hugely popular summer smash, “Essence.”

The Nigerian superstar has been busy making a name for himself and on behalf of African artists since releasing his fourth studio album, “Made in Lagos,” just over a year ago.

Last month, Wizkid headlined the United States’ first Afrobeats festival, “Lost in Riddim” in Sacramento, California. He’s spent months on a sell-out tour of the album across North America and the United Kingdom.  He also performed and headlined at numerous other music festivals over the summer.

Last week, the groundbreaking chart-topper picked up five Soul Train Award nominations making him the most nominated and awarded African artist ever. He’s shortlisted in multiple categories, including Video of the Year, Song of the Year, Best Collaboration, and the Ashford and Simpson Songwriter’s Award, alongside fellow Lagos native Tems, who helped write “Essence.” “Made in Lagos” also received a nod for Album of the Year.

Wizkid picked up a Grammy Award for Best Music Video for his song with Beyoncé; “Brown Skin Girl” last year and is under consideration for 10 Categories this year.

Additionally, Wizkid is currently sitting atop the number one spot on six of the Billboard Charts.

Wizkid has achieved pop success in the United States like no other African artist but rejects any labeling of his music.

“I don’t even call my music ‘Afrobeats’ or ‘Afropop.’ I just make good music,” he said in a recent interview with Billboard. “You just have to keep proving people wrong. We make quality music in Africa. You can take our music anywhere, and it will stand the test of time. It stands up quality wise to any music anywhere in the world.”