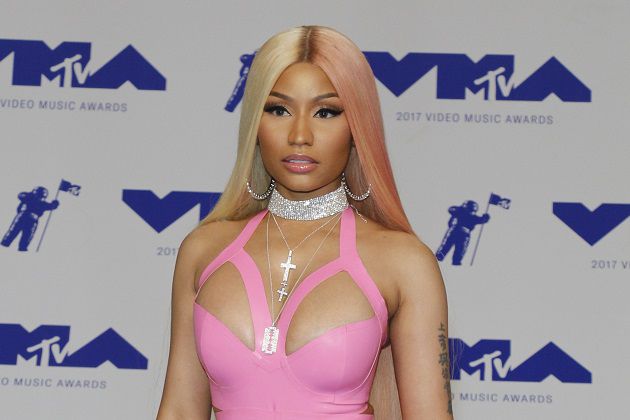 Nicki Minaj’s prominent mainstream music career began back in 2010 with the release of her debut album Pink Friday. That project hosted a bonus track titled “Super Bass” which would go on to become the rapper’s biggest hit.

“Super Bass” peaked at #3 on Billboard‘s Hot 100 rankings in August 2011 and spent a total of 39 weeks on the chart. The Kane Beatz-produced Hip Hop/Pop single now has Diamond Award recognition.

Nicki Minaj celebrated earning the first 10 million unit-selling single of her career on Instagram. She wrote in the IG video’s caption:

#SuperBassDiamond Thank you for over a decade of support. #Barbz (special thx to Ester Dean, Kane, Juice, Taylor Swift, Sofia Grace & Rosie, Ellen, Young Money/Cash Money & Republic. This one was released b4 the streaming era, so millions of fans actually purchased the song. 🎀 I’m so grateful for you guys. Sending love & blessings your way.

Nicki Minaj is just the eighth solo rapper and second female rapper to receive a Diamond plaque. She joins a list that only includes Eminem, Drake, Travis Scott, Kanye West, Cardi B, XXXTentacion, and Fetty Wap.

The Pettys Are Still Dealing With A Lawsuit Over Alleged Harassment

While Nicki Minaj is celebrating a major milestone as a musician this week, the 38-year-old emcee is also facing serious legal issues at the moment. A woman named Jennifer Hough is suing Minaj and her partner Kenneth Petty for alleged harassment and threatening behavior.

Jennifer Hough claims the couple was trying to force her to retract her statements about being forcibly raped by Kenneth Petty in 1994. Petty was convicted of first-degree attempted rape in 1995 and later released from prison in 1999. He is now required to register as a sex offender.