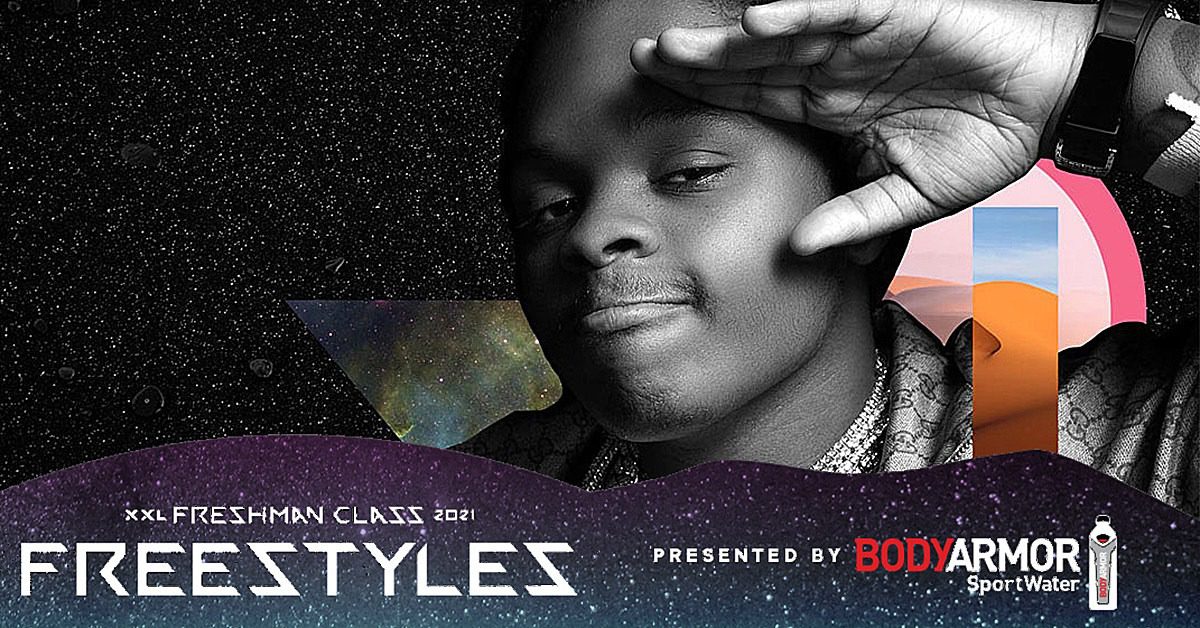 The streets of Detroit are burning fiercely right now with the amount of talent trekking through them. And one of the hottest acts to hail from the Motor City goes by the name of 42 Dugg.

It's been an elevating three years for Dugg, now a 2021 XXL Freshman. Rewinding back in time, a war with boredom that stemmed from being in the hole in prison when he was 20 incited the now 26-year-old rapper, born Dion Hayes, to push his pen into a notebook. That stack of paper soon had pages full of verses that doubled as ammo. By the time he emptied the clip upon his release from behind bars, the firepower songs “Never,” “Marcelo Burlon” and the Babyface Ray-assisted “Fuck The City Up,” all on his 2018 two-part mixtape 11241 Wayburn, solidified him as an early yet favorable local name.

After just a few years, 42, who represents the East side of his city, had signed two record deals in 2019: one with Lil Baby’s imprint 4PF and the other with Yo Gotti’s rising CMG empire, now in conjunction with Interscope Records. With such a fortified backing behind him from those fellow industry stamps, more success was the goal and achieved with his 2019 mixtape, Young and Turnt, led by “Dog Food.” A year later, he delivered the freestyle-only sequel Young & Turnt 2, which features tracks “Not A Rapper” with his label heads, “Been Turnt” and “Hard Times,” to name a few.

Simultaneously proving that he could hold his own, his features scored him yet another level up. Alongside Lil Baby, he came through with standout verses on the multiplatinum-selling “Grace,” which peaked at No. 48 on the Billboard Hot 100, and “We Paid,” which peaked at No. 10 on the chart. 42 Dugg’s quotable lyrics like “’Fore I go broke like Joc/Fuck with that dog like Vick (Roof)” further established him as a walking caption machine. As a matter of fact, Dugg states that effect as the primary backbone of his sound. “I don't even know if I'm doing hip-hop," he says. "I just call it shit-talking."

Over the last few years, he’s thrived through his melodic storytelling that details the still relevant days of being neck deep in the streets, similar to his influences of Gotti, Jeezy and Peezy. The cracked, slurred tone used to deliver them are the secret ingredients to his special sauce and are evidenced on his latest project, Free Dem Boyz, including 19 songs, fan favorites “Maybach” with Future and the Roddy Ricch-featured “4 Da Gang”—a flipped sample of the rock classic "No One Like You" by Scorpions. The effort earned Dugg his first top 10 project on the Billboard 200, with a peak at No. 8. So it’s safe to say that the ascension has been steady.

“I don't sound like nobody. I don't rap like nobody. I ain't taking somebody else's lifestyle and making it mine. I'm doing me,” he explains of why his movement has soared upwards.

The same braggadocious nature of his music and emphasis on evocative lyrics define how he secured a spot in the 2021 XXL Freshman Class. They’re also threaded into the 35 seconds of his 2021 XXL Freshman freestyle. After swinging into the freestyle with his signature whistle, utilized to help him find the rhythm when he first started rapping, 42 Dugg flexes the fact that he’s been popping in the concrete jungle long before he decided to become a rapper.