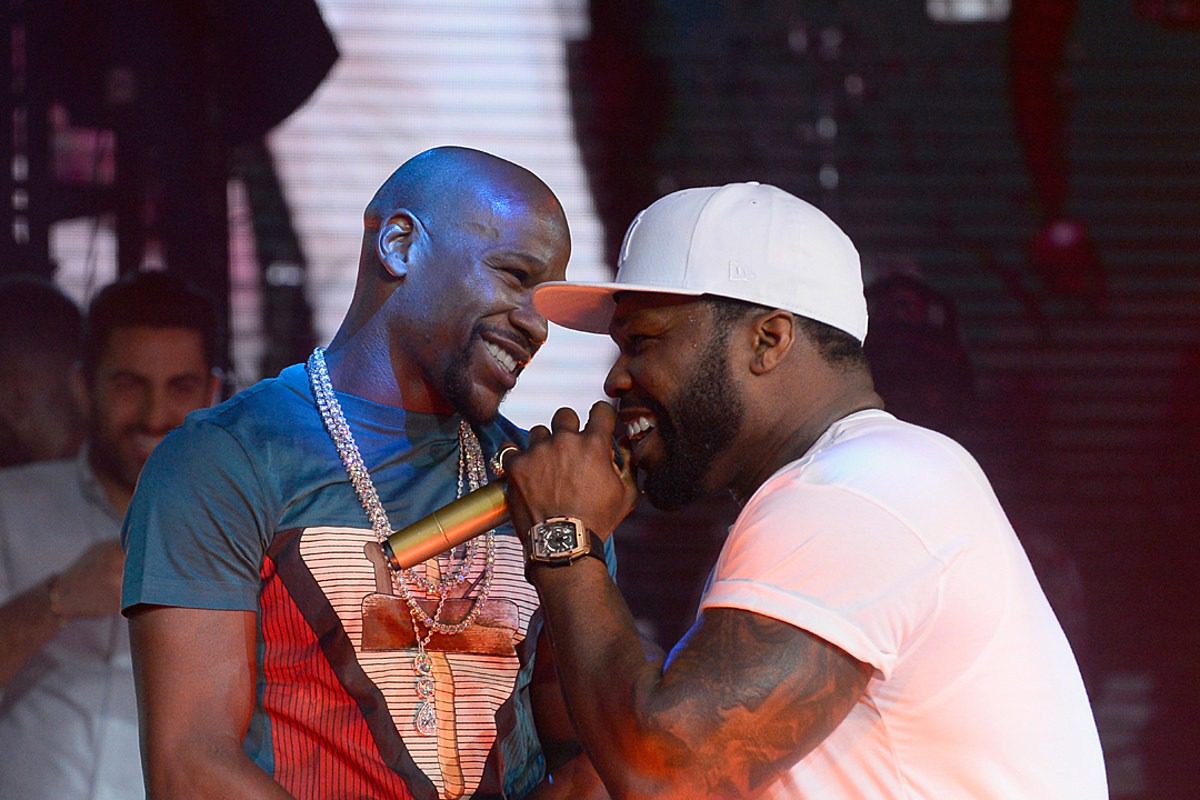 50 Cent's taunting is never-ending and this time, Floyd Mayweather is the butt of Fif's latest joke.

On Tuesday (Jan. 5), 50 posted an image on Instagram of the champion fighter, who has been rocking a new beard lately, and playfully suggested that Mayweather may have gotten beard implants using hair that's grown on another part of his body—Floyd's butt.

"LMAO," 50 began, including three laughing emojis. He continued, "He took hair from his ass and put it on his face. LOL WTF is really going on Champ?"

Fif added a shocked emoji at the end of the now-deleted IG post.

50 Cent and Floyd Mayweather were thick as thieves at one point in their friendship with the two even appearing on a XXL cover issue back in 2011. However, things got rocky for the Queens rapper and retired professional boxer about a year later after 50 made an appearance on The Rickey Smiley Morning Show in September of 2012.

Fif later announced that he was teaming up with Manny Pacquaio, Mayweather's boxing rival, to launch a boxing promotion company.

Over the years, the two men traded a number of disses and 50 even interjected in Mayweather's feud with T.I. over Floyd's relationship with Tip's wife, Tiny Harris.

Despite 50 Cent occasionally poking fun at Floyd Mayweather, Fif insists that they'll always be friends and that Mayweather is like a younger brother to him. 50 is known to troll his peers via social media, so it's no surprise that he'd make a few jokes about his friends when the opportunity presents itself as well.

These Rappers Prove Best Friends Do Exist in
Hip-Hop