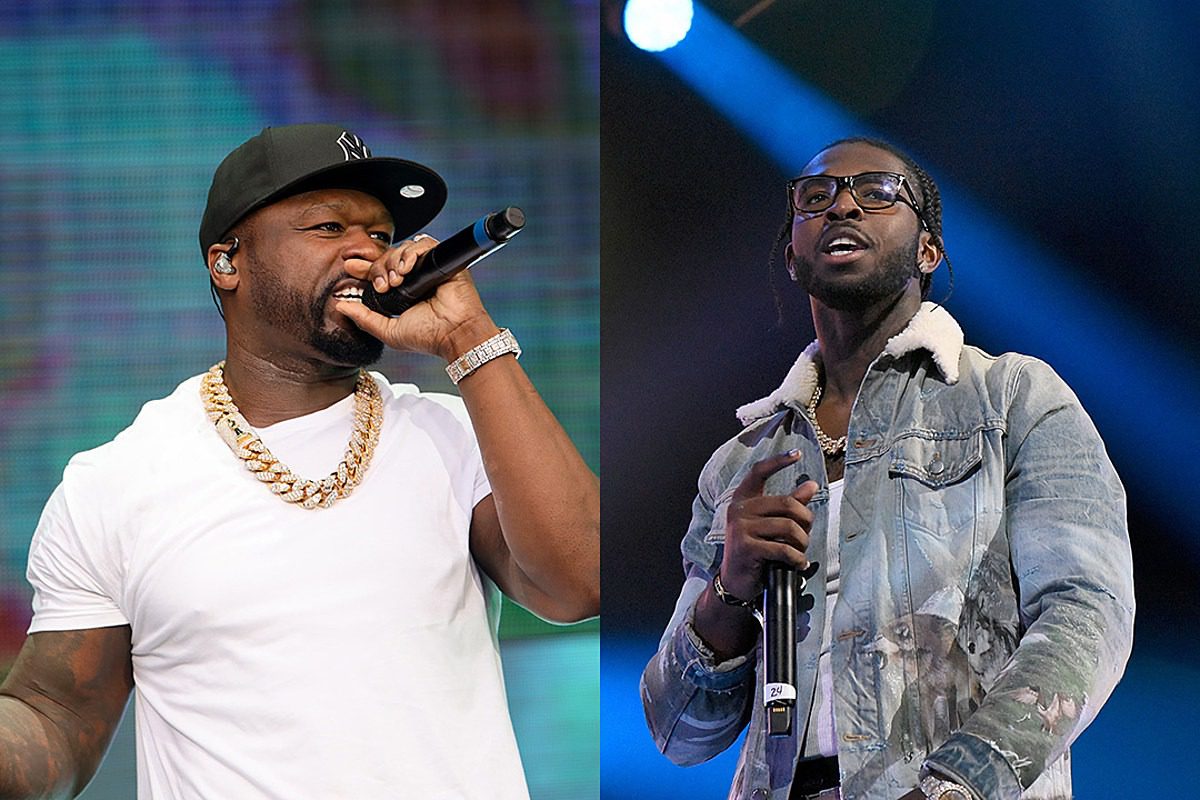 It appears 50 Cent's relationship with Pop Smoke's team has soured.

On Friday (July 10), Fif put up a post on Instagram that signifies there has been some type of rift between himself and the people in charge of pushing the late rapper's new album.

"I’m really not feeling the way the guys involved with Pop’s project are handling things," 50 captioned a quote about not accepting any money to help executive produce Pop's posthumous album, Shoot for the Stars, Aim for the Moon. "I got it to this point it’s gonna be the #1 album. That’s good enough right, ‍♂️i’m gonna be unavailable moving forward peace."

It is unclear what exactly has 50 upset. Back in March, Fif revealed he would be executive-producer on the album. "I’m on the move listening to Pop smoke, i decided i’m gonna executive produce and finish his album for him," 50 wrote on Instagram.

Steven Victor, head of Pop Smoke's label Victor Victor Worldwide, even admitted that it was 50 who convinced him to put out the album after Pop was shot and killed during a home invasion in Los Angeles in February.

The new album, released on July 3, features 19 songs including guest appearances from 50, Roddy Ricch, Future, DaBaby, Lil Baby, Quavo and more. The LP is expected to move in the range of 245,000 equivalent album sales and debut at No. 1 on the Billboard 200 chart.

In other Pop Smoke-related news, five men have been arrested in connection with the rapper's murder. Police believe the perpetrators targeted the Brooklyn rapper after he inadvertently showed his address on an Instagram post.