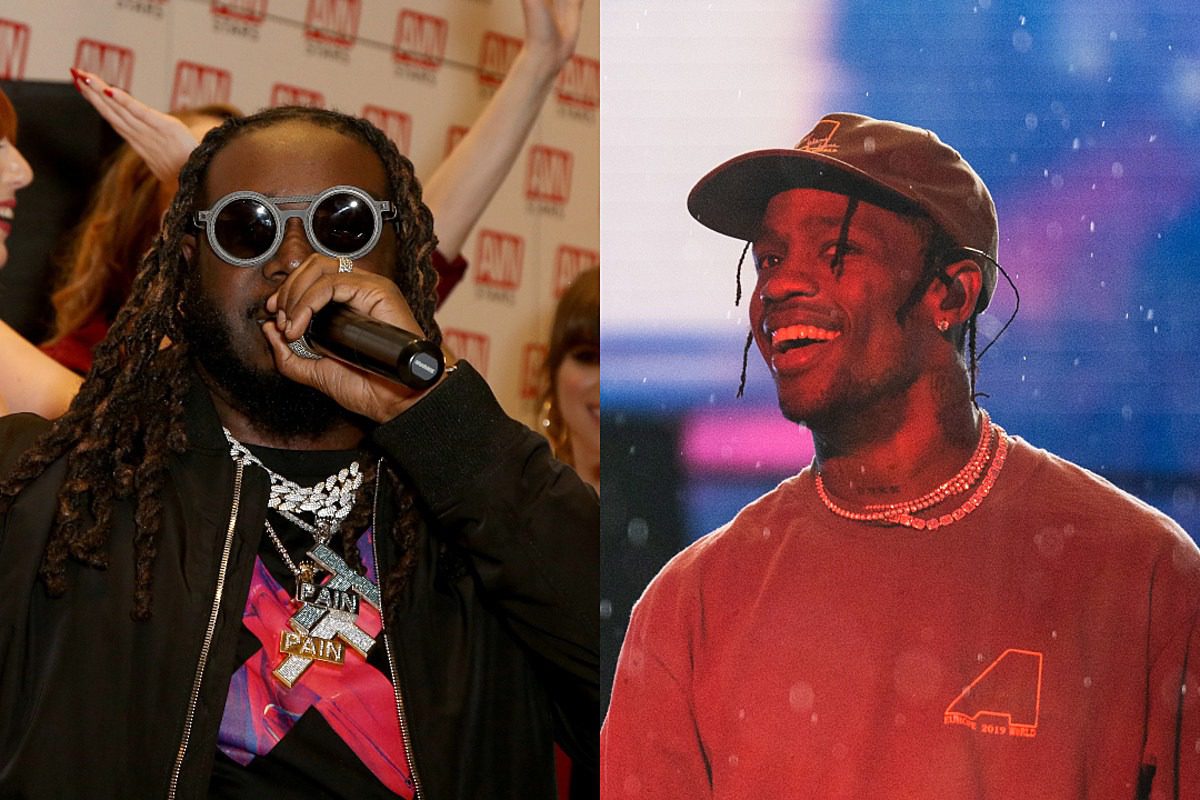 T-Pain has a hilarious story about a time he worked with Travis Scott in the studio.

On Saturday (July 11), video surfaced of T-Pain sharing a story with fans about the peculiar encounter with La Flame in the lab a couple years back.

Pain ended up getting the reinforcements in the studio that same night and the session continued. He then recounted Travis playing him then-unreleased tracks off his Astroworld album.

"[Travis] just kept showing me shit and showing me shit. I was like, 'You know what? This is motivating me. Ima try to make some shit.' I started going in about how I do production. The whole time I'm looking at my computer…Then I turned around. Everybody in the room fucking sleep. Knocked the fuck out."

T-Pain did not sound particularly upset about the incident and more so marveled Travis' ability fall into a slumber while standing upright. "Travis is also somehow sleep standing up," T-Pain continued. "Don't know how. Can't fucking tell you. Don't know what the fuck happened. Bro, I was only talking for like three or four minutes."

A collaboration has yet to materialize between the two artists. Travis recently appeared on Kanye West's new single "Wash Us in the Blood." His Birds in the Trap Sing McKnight album was recently stamped a classic by music exec Irv Gotti.