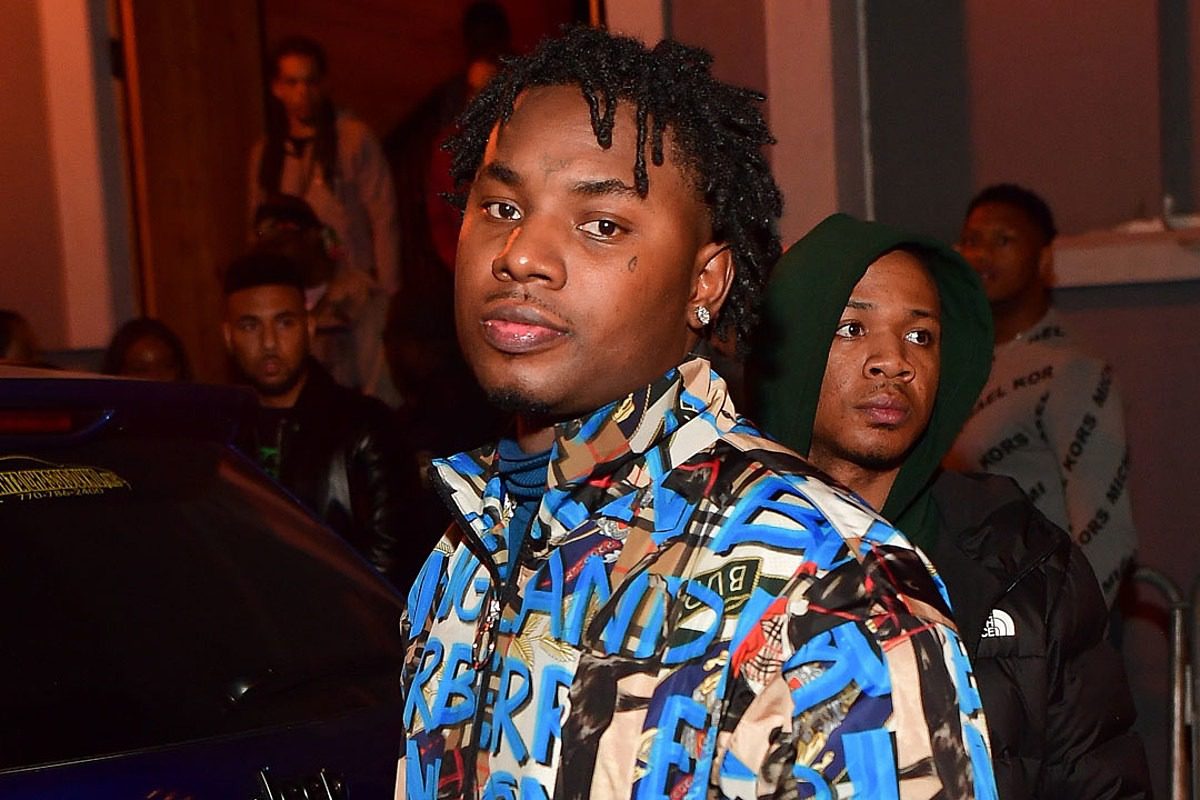 Quality Control Music rapper Marlo has reportedly been shot and killed in Atlanta. He was 27 years old.

Early Sunday morning (July 12), news of his death began circulating on social media. The Atlanta rapper, born Rudolph Johnson, was reportedly gunned down on a Georgia highway. Video footage began making its rounds on Twitter, featuring the vehicle Marlo was allegedly driving in before it was hit by gunfire.

Many rappers in the hip-hop community shared their shock and sadness following news Marlo was killed. Fellow Quality Control Music artists Lil Yachty and JT were among the first artists to pay homage to Marlo upon hearing he died. Yachty revealed he and Marlo were just in the studio recording a song together early Saturday morning while JT was stunned at his passing.

"We just did a song a 4 this morning smh rip brother @lilmarlo_1 😔," Yachty wrote on Instagram.

Atlanta rhymer Reese Laflare was compelled to call out his city for the senseless killing. "Dawg ….. mannnnn …. Atlanta is on some Shit right now man RIP MARLO !! This shit is crazy," he tweeted.

Russ paid tribute to Marlo by recalling how 2 the Hard Way, the late rapper's 2017 joint project with Lil Baby, was Russ' soundtrack on tour. "RIP Marlo smh 2 the hard way was our shit on tour," Russ tweeted.

Marlo joined the Quality Control Music team in 2017, releasing 2 the Hard Way with Lil Baby, in October of that year. Some of his most popular songs come from the effort including the title track, the TK Kravitz-assisted "Time After Time" and "Whatchu Gon Do" featuring PnB Rock. In 2018, he put out two projects, The Real 1 and 9th Ward God. Earlier this year, he dropped the 14-track album, 1st & 3rd, in February. "1st N 3rd" with Future and Lil Baby was running up in streams at the time. He's also appeared on both Quality Control: Control The Streets, Volume 1 and 2.

One of the ATL native's most famous shout-outs comes from Lil Baby on his 2017 track "Freestyle." “Marlo my dawg, that's for sho/We won't fall out about shit/Specially not ’bout no bitch,” Baby rhymes.

He is survived by four children: Kemora, Rihanna, Marlo and Rudy. XXL has reached out to Marlo's team for comment.