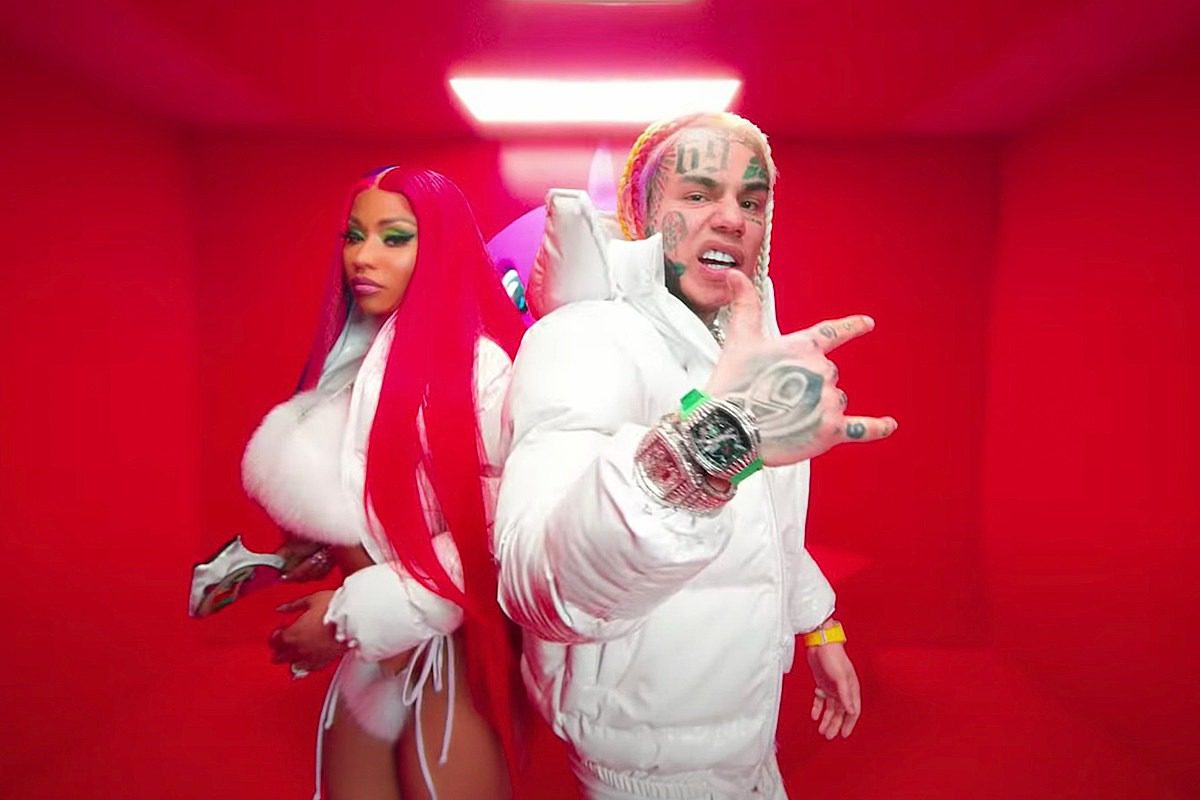 6ix9ine and Nicki Minaj are back with a vengeance.

After announcing their new single on Wednesday morning (June 10), the collaborative duo have delivered their second track and video together titled "Trollz" on Friday (June 12). The song is Tekashi and Nicki's follow-up to their first release "Fefe," which dropped back in 2018 and was later added to her Queen album.

Tekashi is his usual braggadocios self on the new charged-up track. "I know you don't like me, you wanna fight me/You don't want no problems at your party? Don't invite me," he raps. "I don't worry ’bout you niggas, please stop talking ’bout me/Always talkin' ’bout me ’cause you looking for the clouty."

Nicki isn't holding any punches either. She addresses snitching and takes aims at fellow female rappers. "Somebody ushered this nigga into a clinic/My flow is still sick, I ain't talkin' a pandemic/I write my own lyrics, a lot of these bitches gimmicks/They study Nicki style, now all of them wanna mimic," she spits.

The single is accompanied by a colorful visual, which was shot at 6ix9ine's house.

Yesterday, fans of the two New Yorkers fervently shared their excitement and anticipation for the track after both Nicki and 6ix9ine's webstores unveiled merchandise in support of "Trollz," along with the record being available for pre-order on cassette and vinyl.

Nicki made the official announcement not too long after news of the merch began circulating on the internet. Within her reveal, she shared that a portion of the newly released effort will benefit the Bail Project Inc., an organization that assists low-come individuals with securing bail while they await trial.

6ix9ine followed behind Nicki, promoting "Trollz" on his social media hours later. However, news of Nicki doubling down on her support for Tekashi by doing another record with him didn't come without backlash considering his troubled past. The rapper has been deemed a snitch after testifying against members of the Nine Trey Gangsta Bloods in his federal firearms case and also pled guilty to one felony count of use of a child in a sexual performance in 2018.

Despite the backlash, Nicki's Barbz and Tekashi's fans are rallying for another hit record, similar to "Fefe," which debuted at No. 4 on the Billboard Hot 100 chart two years ago.

Check out the new joint from Nicki and 6ix9ine and watch their video for "Trollz" below.