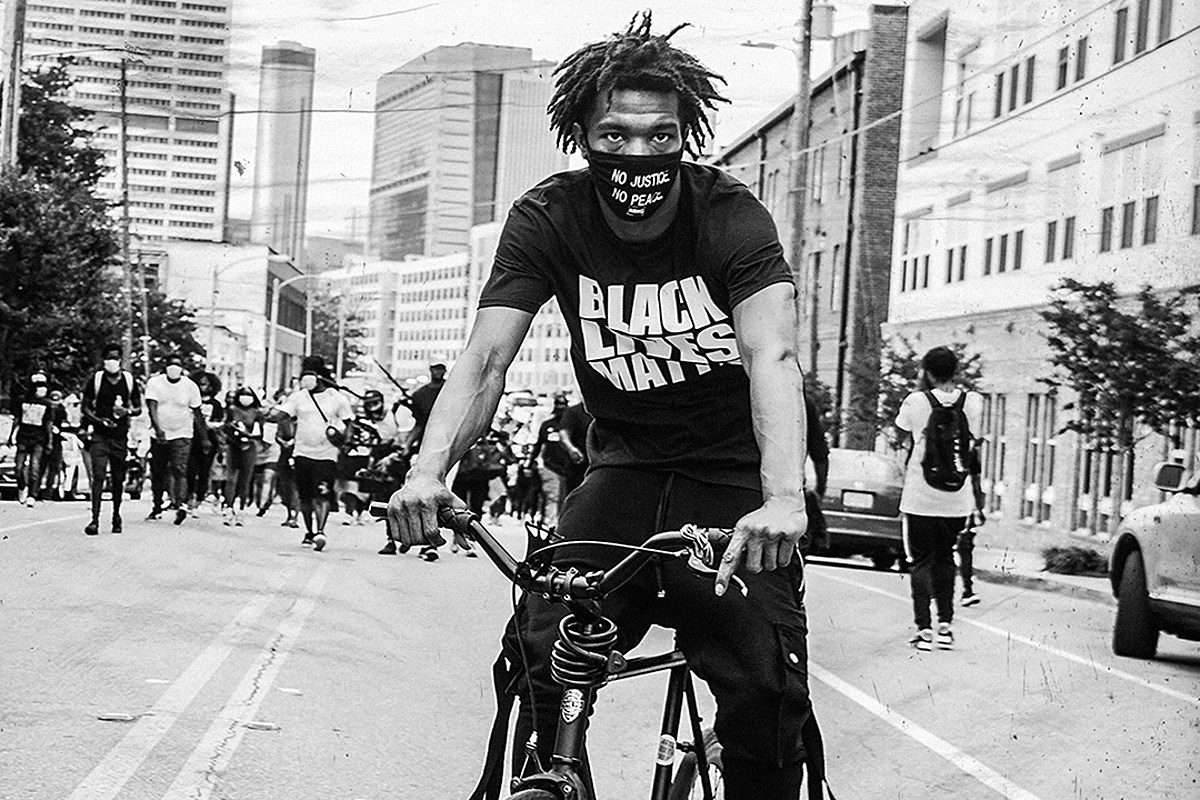 Lil Baby is making a big statement with his new record.

On Friday (June 12), the ATL artist delivered his latest release, "The Bigger Picture." On the track, Baby switches up his subject matter. Shying away from verses about drip, jewelry and the streets, the Quality Control rapper candidly shares prior encounters with racism, police brutality and the criminal justice system. He also offers vivid imagery of his experience attending the recent protests in his hometown following the killings of George Floyd, Breonna Taylor, Ahmaud Arbery and a number of other Black men and women who have lost their lives at the hands of police.

"They trainin’ officers to kill us/They shootin’ protestors with these rubber bullets/They regular people I know that they feel it/These scars too deep to heal us/What happen to COVID/Nobody remember/It ain’t makin’ sense/I’m just here to vent/It happened to one of yo people it’s different/We get it, the system is wicked, just learn how to pick it/Knowledge is power, I swear I’m a witness/I know that I’m gifted," he raps on the track's third verse.

Lil Baby's new record comes less than a week after he protested in Atlanta with city councilman Antonio Brown, who represents the city's District 3, which includes Vine City, English Avenue and Atlantic Station. Brown shared images via Instagram on Sunday (June 7) of himself and Baby standing side by side as they demand change in the fight against racial inequality.

Baby isn't just talking the talk. A rep for the My Turn rapper told XXL that he is donating proceeds from "The Bigger Picture" to The Bail Project, National Association of Black Journalists and Breonna Taylor's legal fund.

Check out Lil Baby's new record "The Bigger Picture" below.