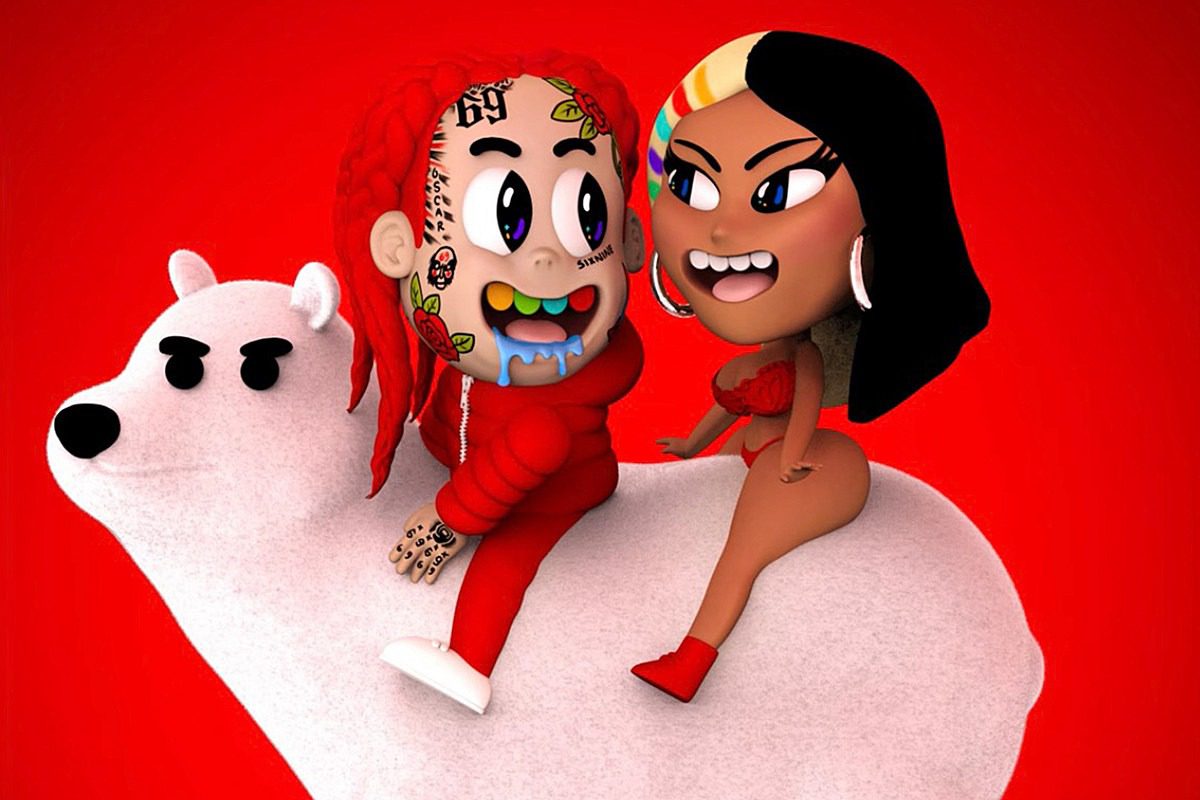 On Tuesday (June 16), the New York rappers delivered an alternate version of their track "Trollz," which features a new verse from Nicki. The audio was uploaded to Tekashi's official YouTube page today.

6ix9ine starts off the second verse and is joined by Nicki two bars later. There is also a slight change on the beat.

"Boomin’ at your man, now we boomin’ at his mata/Split his fucking wig, bust it open like piñata," Tekashi raps. Then, Nicki follows up. "He tryna put in mi culo, real fat gato/When he eat it, I tell him to squeeze it like a taco/All my niggas out of town, moving all that blanco/I ain't letting up on you bitches say uncle/Still the baddest bitch, quarantining in mi casa/Talking all that shit but you bitches ain't saying caca," she spits on the track.

She revealed via Twitter on Tuesday that the official release of "Trollz," which dropped on Friday (June 12), was their eleventh version. This new one, however, was their first attempt at the record.

"The official #Trollz verse was version 11," Nicki tweeted. "This was version 1. Verse changes and beat changes… but now u guys get a glimpse of where my verse begins vs. how it ends up once my creative process is complete."

Will Nicki and 6ix9ine share another version of their new single? Fans will just have to wait and see.

Check out the alternate version of 6ix9ine and Nicki Minaj's "Trollz" below.