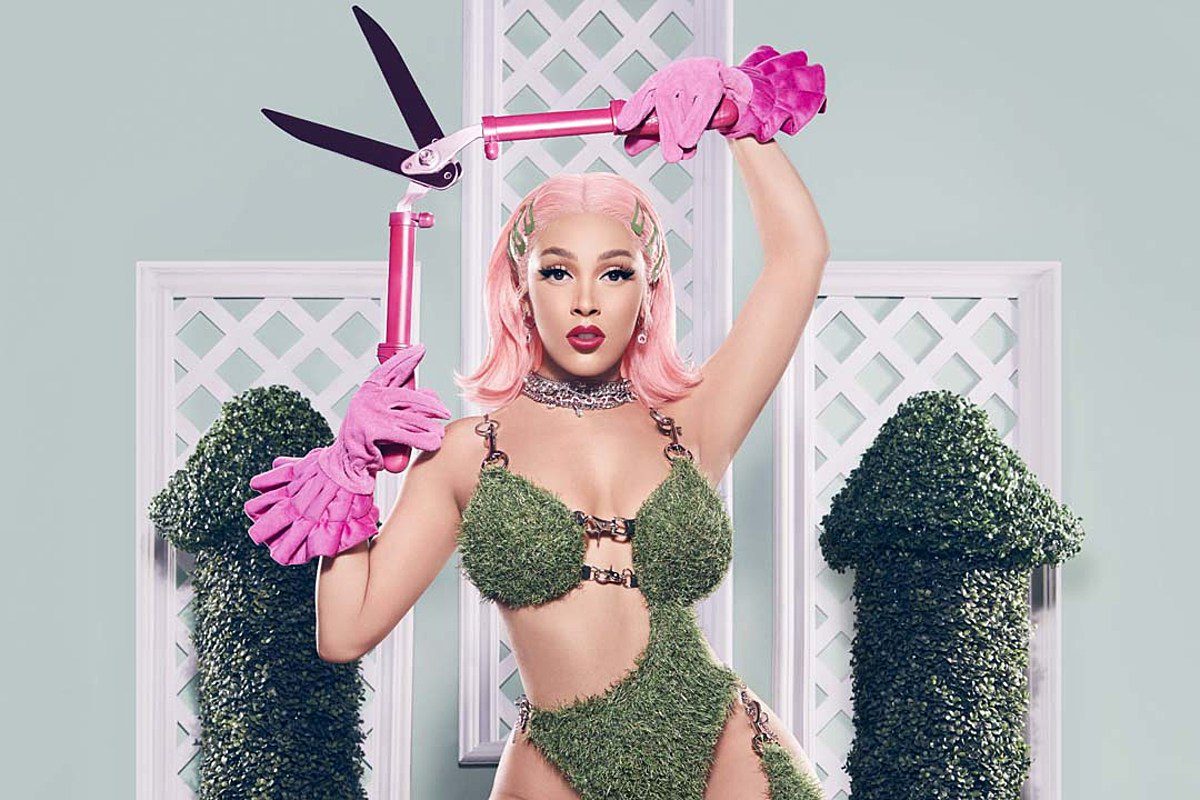 Fans are not happy with Doja Cat following her return to social media.

On Monday afternoon (June 15), Doja Cat got back on Twitter after taking nearly three weeks away from the platform. The "Say So" rapper's mini hiatus comes after it was revealed that she has participated in private video chats with alt-right White men, a song surfaced on the internet where she uses racist remarks and also made fun of Sandra Bland's death. The recent backlash Doja is receiving appears to stem from a tweet the 24-year-old rhymer posted yesterday, in which she wrote, "this fuckin world sucks."

It wasn't long before her reemerging presence sparked a series of angry tweets from social media users and former fans who are still mad at Doja. One twitter user wrote, "why are you back?." Doja responded with a retweet stating, "because I like to write stuff."

As the critiques continued to roll in, Doja Cat's replies become more hostile. "Shut up nerd," she wrote back to a comment that has since been deleted from Twitter.

Before wrapping up her replies to the criticism from people on Twitter, Doja fired off one last shot at a fan who claimed Doja never apologized for her actions last month. In the rapper's final response, she said, "FINE…. I'm…… I'm…….. sorry that I couldn't see sooner that you're a fucking loser pleb with micro cock fuck off chump."

Fans still appear to be upset with Doja Cat after last month's "Cancel Doja Cat" trend passed through several social media platforms. The cancel party began in late May after accusations of Doja befriending White supremacists, making fun of police brutality and more began to circulate on the internet. She later apologized on Instagram live, saying, "I've used public chat rooms to socialize since I was a child. I shouldn't have been on some of those chat room sites, but I personally have never been involved in any racist conversations. I'm sorry to anyone I offended."

While some have forgiven the young artist, it's clear many people are still angry.