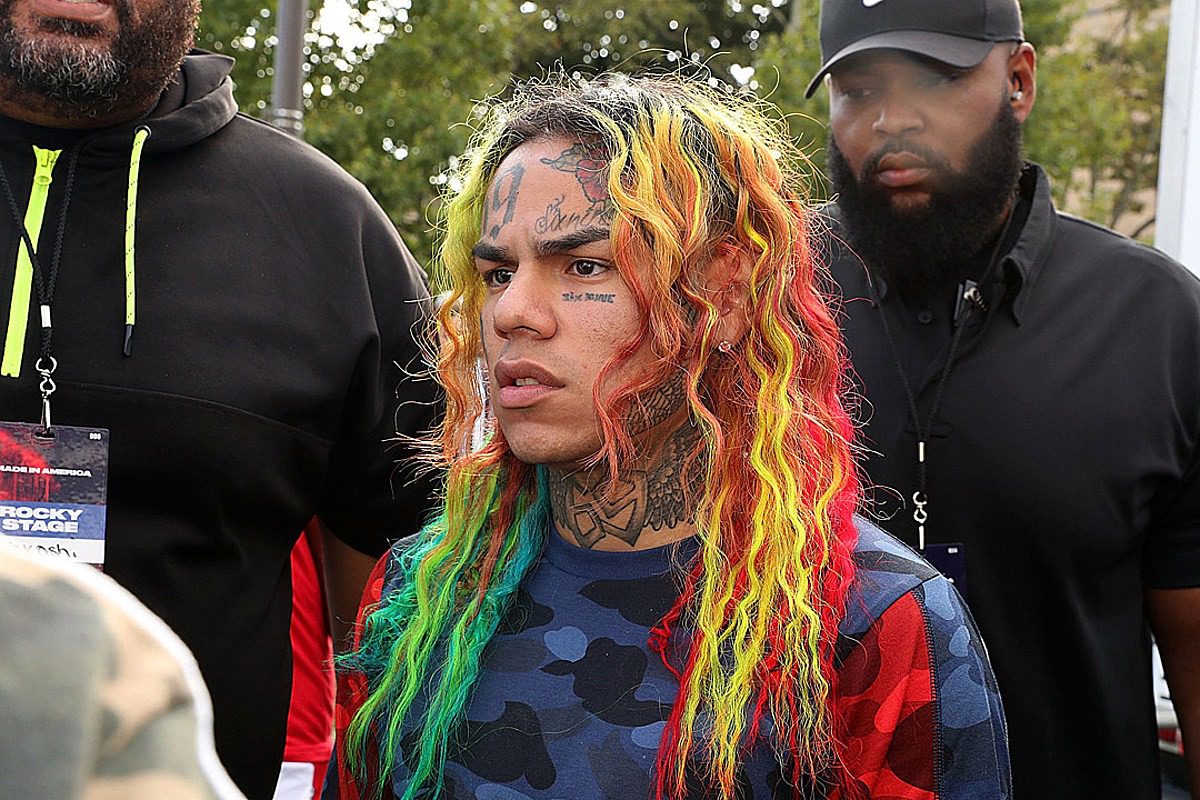 6ix9ine will pretty much be moving with a professional force behind him once he's officially off of home confinement.

According to a report from TMZ on Tuesday (July 14), Tekashi appears to be taking his safety seriously as he nears the end of his days on house arrest. The Brooklyn rapper says he will be hiring a 22-person security team, consisting of former law enforcement officers. 6ix9ine also insists that he will be out and about in New York City, but he'll have protection like President Donald Trump, who is guarded by the Secret Service.

Additionally, the "Gooba" rapper will be taking a hiatus from the social media platform that he holds near and dear: Instagram. Tekashi told TMZ that per his attorney, Lance Lazarro, he has temporarily deactivated his IG account as a precautionary measure before he becomes a free man on August 1.

6ix9ine also told the celebrity tabloid site that his legal team is concerned that he may inadvertently leak information about his whereabouts, whether it's where he is currently located or where he'll be relocated to. As a result, they have suggested he take a break from Instagram until after he is off of home confinement. His team hasn't decided where he will be relocated to once he has completed the remainder of his sentence. They are also pushing for Tekashi to leave New York City, be he insists that he isn't leaving he city he calls home.

It isn't a surprise that 6ix9ine's safety is a concern as his location has been leaked once before while he was on house arrest. Back in May, he had to switch homes after a neighbor shared via Twitter that he was staying in a house nearby.

Tekashi, who was arrested on federal firearms and racketeering charges back in 2018, was freed from prison months early back in April due to coronavirus concerns. He received a compassionate release due to a medical condition. 6ix9ine was ordered to finish out the remainder of his sentence on home confinement.

XXL has reach out to 6ix9ine's attorney and his camp for a comment on this matter.