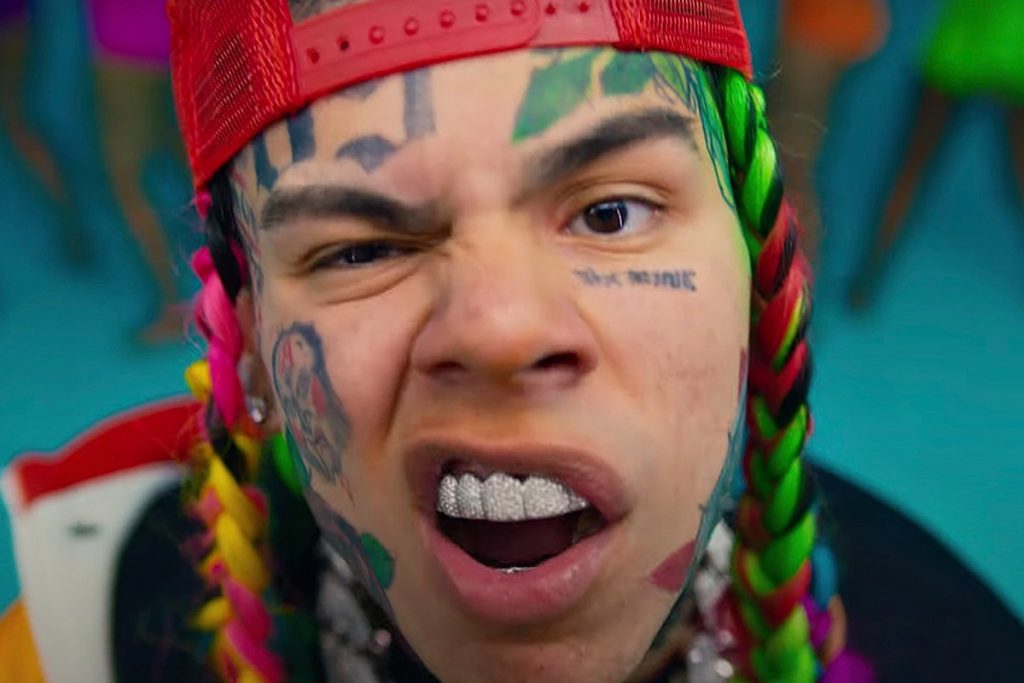 Hours after being taken down due to a copyright claim, the music video for 6ix9ine's "Gooba" single is back streaming on YouTube.

The Brooklyn rapper bragged about the single's return on Instagram captioning a clip of the visual, "LMAOOOOOOOOO I know ya dead mad right now ."

6ix9ine's new "Gooba" music video has been taken down from YouTube.

On Sunday (May 31), people started noticing the video had been removed. In its place is the message: "The video is no longer available due to a copyright claim by Magix Enga." While 6ix9ine's music video for "Gooba" has been removed, the official lyric video still remains up on the rapper's YouTube channel.

Magix Enga is a Kenyan producer. On Sunday, he called out 6ix9ine on Instagram, claiming Tekashi sampled one of his beats without permission for "Gooba." He posted a photo of the Brooklyn rapper along with the caption, "Don’t sample my Beats Biggest song Delete By Magix Enga ✌️."

The video for "Gooba," Tekashi's first post-prison song, broke a record when it was released on May 8, surpassing Eminem's "Kill Shot" for the most views for a hip-hop video in 24 hours with 38.9 million—Eminem had 38.1 million views. The song currently sits at No. 11 on the Billboard Hot 100 after peaking at No. 3. 6ix9ine was pissed off about the single not reaching No. 1 and accused Billboard of fudging its numbers so he would not come out on top. He even got into a back and forth with Ariana Grande, whose "Stuck With U" collab with Justin Bieber took the No. 1 spot. Now, the status of 6ix9ine's hit may be up in the air.

6ix9ine has promised a follow-up single but keeps pushing the date back. The new single is rumored to feature Nicki Minaj.

He has yet to comment on the "Gooba" music video removal, but more than likely he will. XXL has reached out to YouTube for further comment.