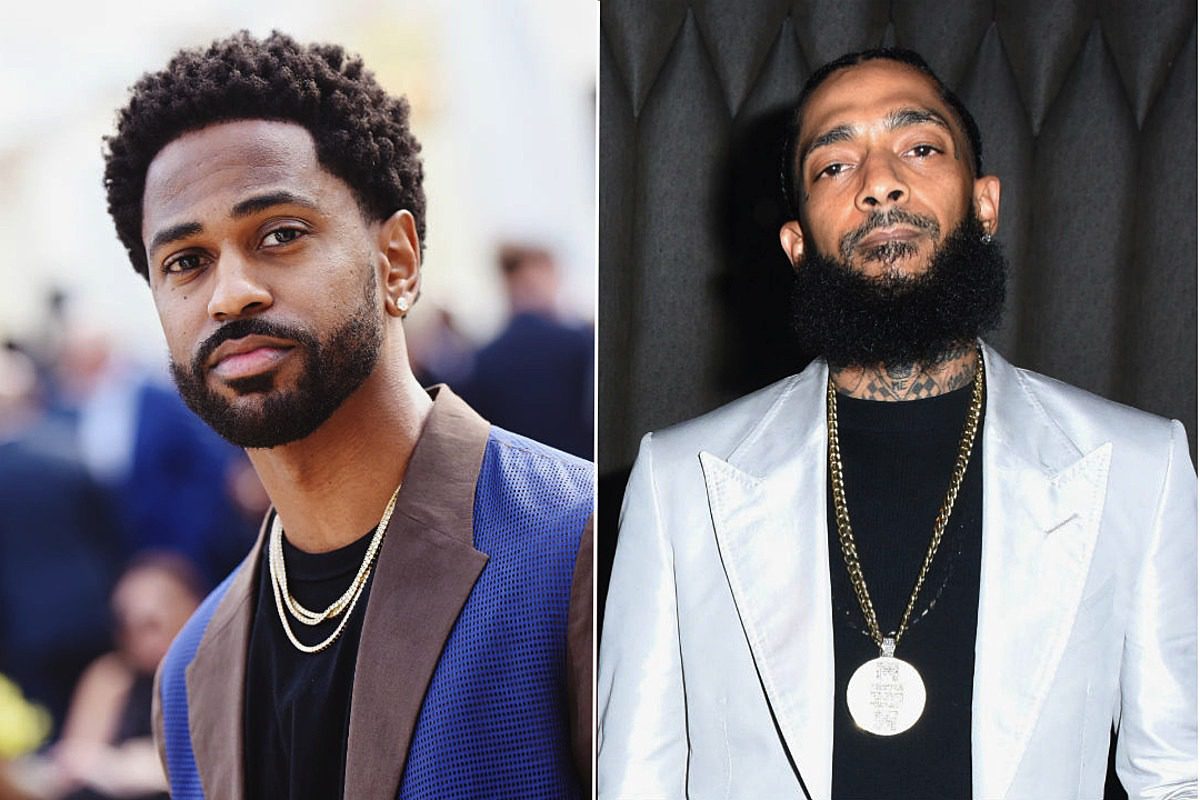 About a year has passed since Big Sean dropped his last single, but last night, he delivered a collaborative effort featuring one of his fellow 2010 XXL Freshmen.

On Monday night (Aug. 24), a little less than two weeks ahead of the release of his a upcoming album Detroit 2, Sean delivered a new track with the late Nipsey Hussle called "Deep Reverence." The Michigan spitter teased the record via social media prior to its release. The Hit-Boy and G. Ry-produced song discusses being respected in your respective neighborhoods.

"Yeah, I still learn the street lessons/From the mastermind, first you master grind, then your team catch it/This time is for the money, I don't need credit/But I'm the don 'cause the streets said it, look," Neighborhood Nip raps on the first verse.

Big Sean also revisits him squashing his rumored beef with Kendrick Lamar on the record. "After what happened to Nipsey, I reached out to Kendrick/It wasn't even no real issues there to begin with/Lack of communication and wrong information/From people fueled by their ego, it's like mixin’ flames with diesel," Sean raps.

Back in February, Sean spoke to Joe Budden on the rapper-media personality's Pull Up podcast and explained that he and Kendrick have respect for one another despite their purported disses towards each other. The sneak dissing came about after they collabed on Big Sean's record "Control" in 2013. On the track, Kendrick name-drops a few rappers, including Sean, and essentially claims ownership of the rap game over his peers. Things apparently went downhill from there.

Two years later, the Detroit rapper dropped "Me, Myself, and I," which many think contained jabs directed at K. Dot. On the track, Sean said, "Ya’ll braggin’ about so and so, like ‘Oh, he really it?/ The new nigga in rap? Well, can he really spit?’/ Or do he just hide behind his skits like half of these rappers do/ And then ya’ll fucking go and praise him and his bitch like they savior of this shit."

Big Sean further ignited the beef when he released "No More Interviews" in 2016. Afterwards, Kendrick dropped "The Heart Part 4," which resulted in Sean Don reaching out to TDE's CEO Anthony "Top Dawg" Tiffith to find out of Kung Fu Kenny was talking about him on the record. Top Dawg denied that the track was about him.

Nonetheless, Sean told Budden earlier this year that after Nipsey passed away last March, he felt inclined to reach out to Kendrick Lamar. He also said he should've spoken up sooner to clear the air about the rumored beef because there were no real issues to begin with.

As for Big Sean's follow-up to his 2012 mixtape Detroit, which drops next Friday (Sept. 4), producer Hit-Boy revealed via social media that he'll be executive producing the album alongside Sean and G.O.O.D. Music founder Kanye West.

"I watched bro @BigSean lock in for hours til every bar hit how he wanted it to. His vision was clear from the jump this is some of his most elevated work on every level," the Canadian beatmaker said in his IG caption. "Proud is an understatement!! DETROIT 2 9/4 executive produced by me Big Sean and Kanye west."

"RIP NIP!!! I can’t think of a better time to drop this one! Love! #Detroit2 next week! Letssss goooooooooo!," he tweeted.

"Rest In Power bro! The World miss you n need to hear your voice!
DEEP REVERENCE OUT NOW," Sean also wrote in an IG post.