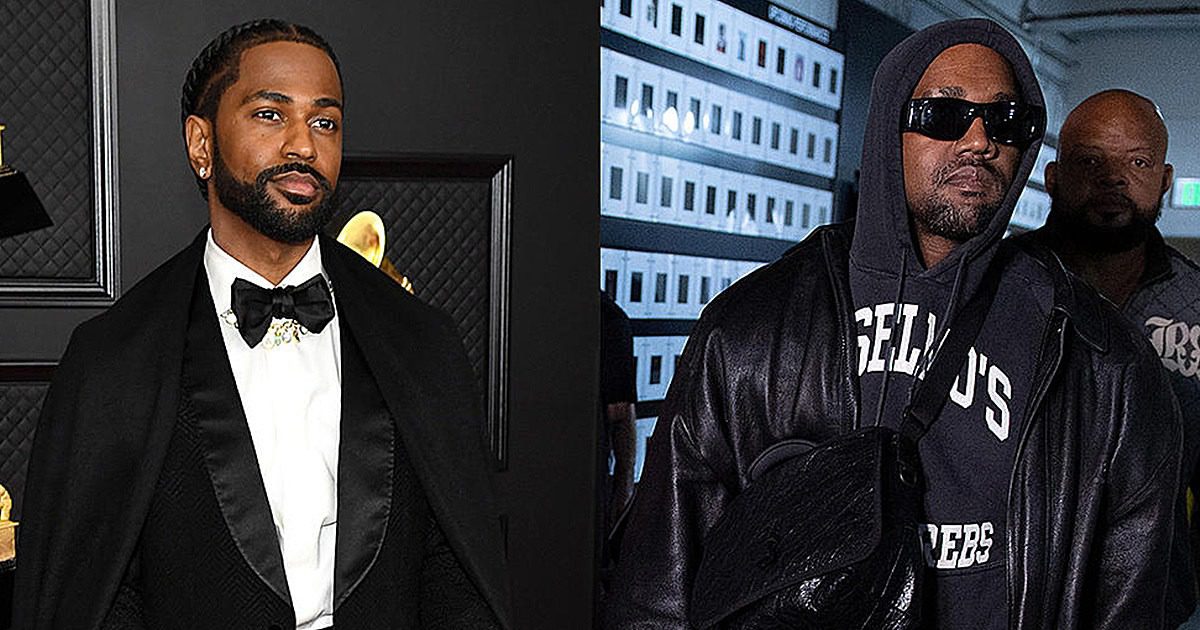 Big Sean may have left G.O.O.D. Music, but it looks like Kanye West, the founder of the label, still owes Sean some dough.

Following Kanye's explosive Drink Champs interview with cohosts N.O.R.E. and DJ EFN on Thursday night (Nov. 4), in which Ye attempted to disparage his former artist by saying signing Big Sean was the worst thing he's ever done, Sean Don has suggested that Kanye actually owes him around $6 million from his deal.

It all started when the Detroit rhymer tweeted, "I can’t wait to go on drink champs now!!!" after Kanye's comments about him began to make its rounds online.

After fans replied in the tweet thread, praising Big Sean's loyalty and asserting that he should fire back at Yeezy, one person typed, "Kanye owes Big Sean $3M and said he’d give Sean his masters too which he never ended up doing, and Sean never complained about either publicly. He’s just too nice."

Last September, after Kanye vented about his masters and unveiled the details of his 100-page contract with Universal Music Group, Big Sean tweeted the rapper inquiring about his own masters. It's unclear if Sean ever received them.

To this, the What You Expect rhymer replied in a now-deleted social media message, "Not 3, more like 6," implying that Ye owes him double the amount that people think.

Big Sean also addressed the remarks Kanye made regarding why Ye appears to be disgruntled with Sean and former G.O.O.D. Music singer John Legend.

During the over two hour-long conversation, Kanye grabbed an imitation tombstone and said, "I already decided that when I die, on my tombstone it's gonna say, 'I deserve to be here I signed Big Sean.'"

He continued: "And both John Legend and Big Sean, when I ran for office, got used quick by the Democrats to come at they boy that actually changed they life. And that's some sellout shit. And I don't rock with neither of them and I need my apology. I ain't saying they ain't gon' change, but niggas is scared."

Kanye was referring to his troubled presidential run for the 2020 election.

The former 2010 XXL Freshman quickly cleared his name on this topic, tweeting, "The dems? No I didn’t. I didn’t get used by anybody or endorse anyone publicly at all. Cause I’m not political. That’s what’s hilarious, none of it’s true n he doesn’t even know what he talking about. I’m rollin," adding a laughing emoji.

Now that Big Sean is ready to discuss a few things with the good fellas at Drink Champs, hopefully fans will be able to connect some of the dots regarding the static between Sean Don and Yeezy.