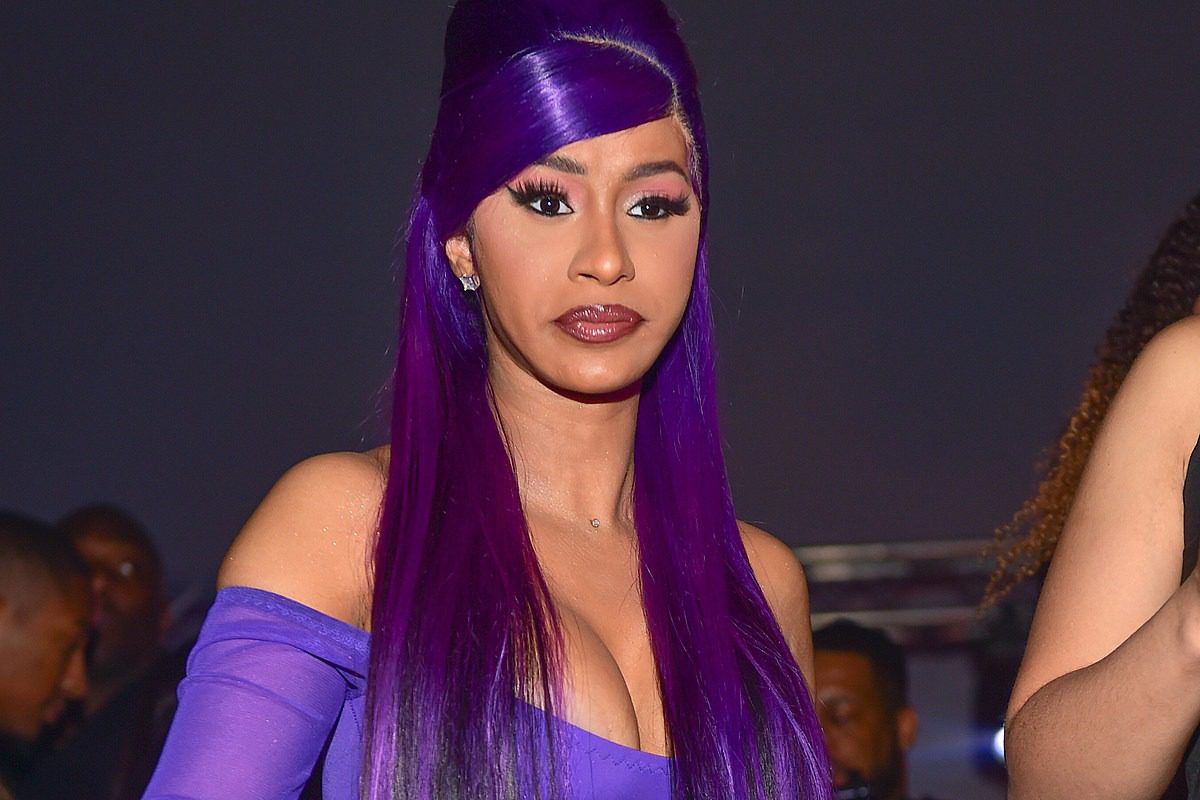 Cardi B has been accused of stealing lyrics for a couple of records she's featured on, but she's pulling out receipts to defend herself against these claims.

Cardi exchanged words with a rapper named Dela Wesst, who is also well-known on TikTok, early Tuesday morning (June 30) after Wesst accused her of plagiarizing lyrics for her verses on "Clout" and Blueface's "Thotiana (Remix)."

Wesst uploaded a video response to a tweet Cardi supposedly deleted, which partially said, "I never wanted to give this girl attention…I don’t like it’s when people try that shit with a pic of my kid." In Wesst's clip, she says that Cardi is trying to evade the fact that she stole her lyrics. She then accused the Bronx, N.Y. native of using the "child card" by unnecessarily mentioning her 1-year-old daughter Kulture in the tweet.

Less than an hour later, Cardi replied to Wesst's claims. "First of all you weird ass bitch u been trying me for hot minute," she wrote. "You really cross the line when u stalkin my fans page and put this shit on a pic of me & my kid .SO YES THATS I’m bringing my kid." The platinum-selling artist's tweet included Wesst's allegations against her and the photo of her daughter that she was referring to in her prior response.

Shortly after, Cardi began to pull out receipts, detailing when she wrote her verse for "Clout," proving that she didn't steal the lyrics.

"Second of all you dumb bitch you ranting for day cause you claim I stole lyrics from you on clout," the Invasion of Privacy artist wrote, including a short video of the program used to edit her vocals on the record. "I WROTE THIS SONG IN JANUARRYYY ! You show me you did your clout song in January bitch you might have a chance.I rhyme clout with Oscar the grouch bitch is not farfech it RHYMES!"

After asking Wesst to end the accusations against her, Cardi addressed the rapper's claims that she stole the lyrics for her verse on "Thotiana (Remix)." "Then you claim I stole thotiana from you when you put your freestyle one day after WACK ANNOUNCE I’m on the remix of a song I been record it that I WROTE and RECORD IT infront of blue face & Wack," she said.

Wesst, however, quipped back saying just because Cardi wrote the song in January doesn't mean she finished the song at that time. "Starting a record in January does not mean you finished that record in January," Wesst said. "I clearly wrote this the day before you debuted it the internet. I didn’t hear the section of the song THAT EVERYONE IS TALKING ABOUT. I am also not hearing by any 'CLOUTS' in the verse."

Unfazed by Wesst's comeback, Cardi replied, "jUsT cAUsE yOu sTArTED the song iN jAnUARy don’t mean you finished it THEN WTF IS THIS THEN BITCH!”

Wesst continues, explaining that she said Cardi B's lyrics for "Clout" were almost identical to a freestyle Wesst did on the "Thotiana" beat.

With the back-and-forth almost coming to an end, Cardi responded, saying, "You posted your lyrics on the other post it said February 6 my lyrics are from January 9th. Goodbye sweety your DISTURB. Clout chase from somebody else. CLOWN now go do a video about THAT!”

Cardi ended the Twitter exchange calling it "fun" and saying that she'll be taking a break from the social media site for a few days.

On a positive note, Cardi announced last month that she has some new music coming soon.