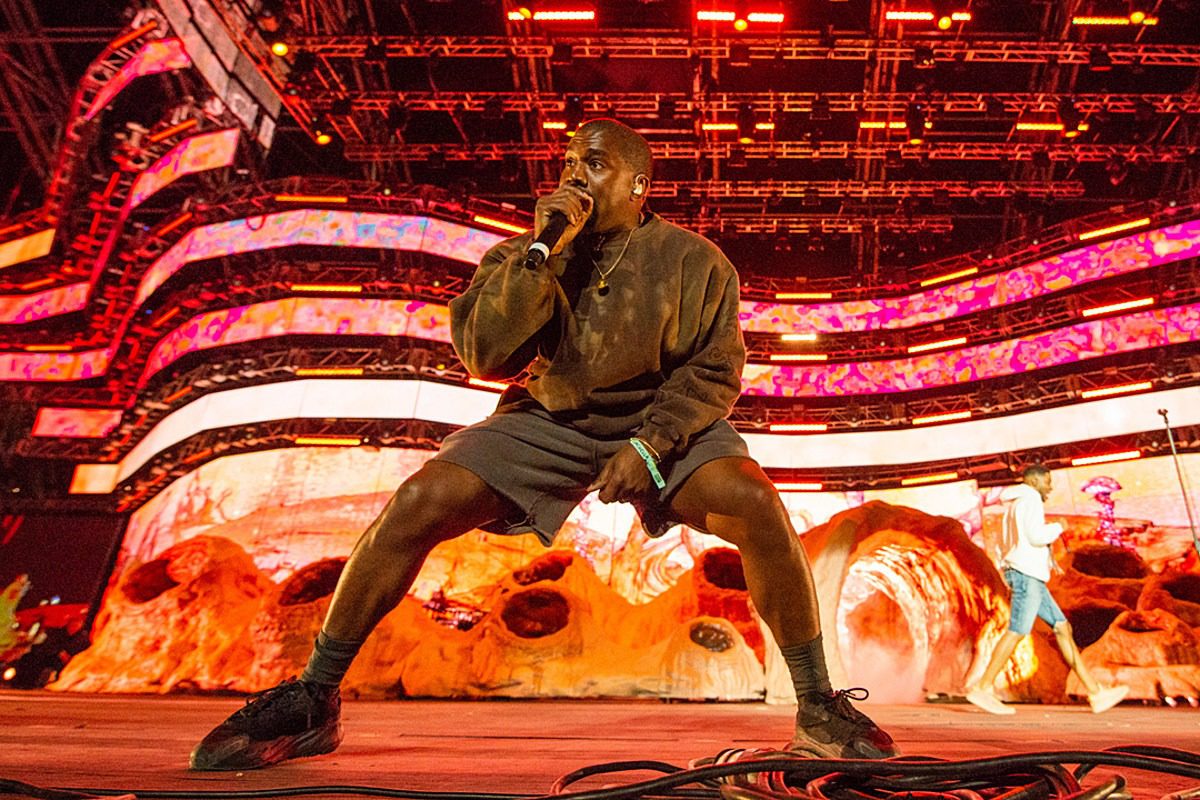 Kanye West has delivered a new song and visual.

On Monday (June 29), the Chicago rhymer announced the name of his forthcoming album, God's Country, via Twitter. At that time, he also shared that a new project with cinematographer Arthur Jafa was going to be released for a record titled "Wash Us in the Blood." This morning (June 30), Kanye made good on his promise as the Jafa-directed visual is here and it features Travis Scott.

The video begins with footage from a protest in Florida, where a Black female officer from the Fort Lauderdale Police Department can be seen scolding her colleague for pushing a kneeling protester to the ground earlier this month. The visual then shows two individuals, who appear to be struggling to breathe, receiving medical attention. Ye's new video seems to encapsulate the many aspects the country is currently facing including the coronavirus pandemic and the Black Lives Matter movement protests.

La Flame then spits, "Let it off, set it off/Execution, thirty states (That's right)/Thirty states still execute (Ah)/Thou shall not kill, I shall not spill, Nextels at the rendezvous (Ooh)/We dodgin’ time in the federal (Get ’em)/Squad box you in like a sectional/We walk through the glass and the residue (Ooh)/Now look what we headed to (Ah)."

The newly released video is Mr. West's first visual since dropping the Jake Schreier-directed "Closed on Sunday" last November. Nearly a month after the video was offered, Kanye delivered Jesus Is King and his Sunday Service Choir's album, Jesus Is Born.

Kanye's new music comes after the announcement of his 10-year deal with Gap for his YZY Gap line. The decade-long partnership, which will launch online and in stores in the first half of 2021, will be comprised of "modern, elevated basics for men, women and kids at accessible price points." He has also enlisted Nigerian designer Mowalola Ogunlesi to commandeer the design direction of the new line.

Ye also informed fans last week that he and Kid Cudi's Kids See Ghosts album will be transformed into an animated kids show. Both rappers shared the news on Friday (June 26), revealing that the program is animated and directed by Tekashi Murakami. The show, which features the Kanye bear used in the rapper's first three albums—The College Dropout, Late Registration and Graduation—and a fox named Kid Fox. Ye is the voice of the bear while Cudi is the voice of the fox.

It's unclear when the cartoon will officially premiere.

Meanwhile, check out Kanye West's new video for "Wash Us in the Blood" featuring Travis Scott below.