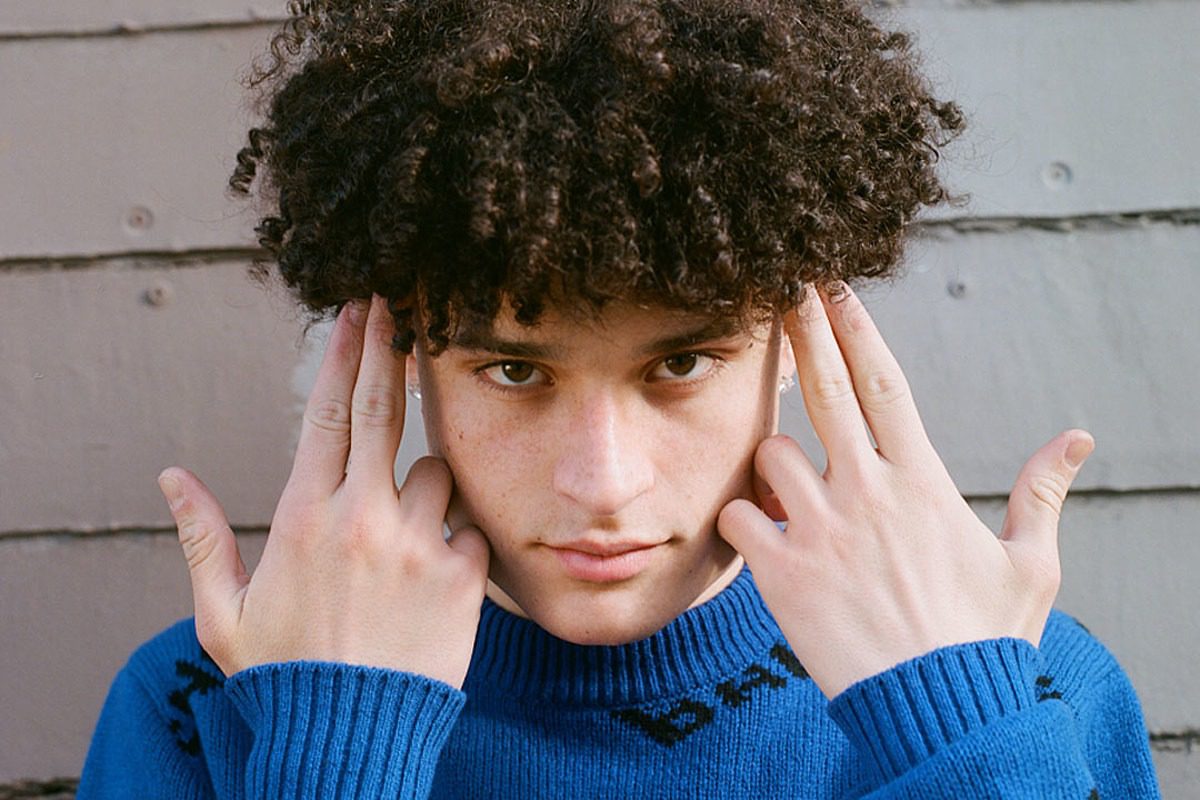 Becoming a successful artist is difficult, and even more so when you have to face personal tragedy. Enter Modesto, Calif. rapper Bankrol Hayden, who faced a near-death experience before entering the rap game.

Rapping since he was an eighth grader, Hayden dropped his first song at 13 ("Modesto") and kept working hard. Then in 2017, at 16 years old, Hayden nearly lost his life in a car accident in his hometown. The rapper was a in the backseat of a car when his friend crashed while under the influence of weed. The 16-year-old girl who was driving the car was charged with the murder of a mother and daughter in the other vehicle. The accident left Hayden badly injured, including a broken back, broken ribs and an injury to his small intestine.

Turning a tragedy into triumph, Hayden hit the studio in 2018, and recorded "29," the title inspired by the date of the crash, Nov. 29, 2017. Though his injuries still hadn't fully healed, Hayden dropped the song about the incident and started to experience real momentum. The song has 20 million Spotify streams and 7 million SoundCloud plays to date. "We was drivin' hella fast, I woke up seeing nurses/Happened in a second, mind spinnin' like a circus nigga/I'm in the back seat, how the fuck it's my fault?/November 29th, almost died up on that asphalt," he raps over a piano-driven beat.

Hayden's true breakout song came out in 2019. "Brothers," a Luh Kel-assisted track, finds the West Coast rhymer rapping about putting friends over the women that may come between that brotherhood. The subject matter, Hayden's catchy chorus and sing-song delivery got him tons of streams, over 60 million on Spotify. "Costa Rica" came in 2020, and it's moving even faster than "Brothers," amassing 65 million plays on Spotify in considerably less time. He even teamed up with The Kid Laroi on the remix.

With a growing buzz, Hayden dropped his debut project, Pain Is Temporary, last Friday, and he is seeing better days. He's grasping success after such a traumatic experience. Learn more about Bankrol Hayden in this week's edition of The Break.

I grew up listening to: "Kid Cudi was a big inspiration for me on music, and I used to go to record stores, and we would just rap on instrumentals and shit, but Kid Cudi was really who inspired me with my music, and still to this day that I'm here. His melodies, really how he talks about situations in real life and shit inspired me to do shit like that."

My style’s been compared to: "[People say I look like] Lil Mosey, but when I went on tour with him, it ended all that. We can be locked in, and you feel me? But people who used to say that a lot, really him and then that's pretty much it. I don't really look like much artists."

What’s your most slept-on song, and why?: "Maybe '29' a little slept-on now, as time goes on and people forget about it and hear 'Costa Rica' and 'Brothers'; but at the time I don't really got a slept-on record, because I don't got much records out, but when the project's out, we'll be able to tell. I feel like there's a lot of slept-on records on the project that's going to be fire, too, there's a record called 'School Girl,' and I feel like a lot of people are going to connect to that could be a slept on record, in a good way."

My standout records to date have been: "'Costa Rica' could go gold faster than 'Brothers,' it's crazy. It's picking up more speed every day. 'Costa Rica' is really big right now, and did amazing. We didn't even think it was going to do that good. 'Brothers' is doing amazing, and same thing."

My standout moments to date have been: "Being able to give back to my city was big for me, that's something that I always wanted to do as a kid. Just being really, or getting just money off music was crazy, bro. Never thinking that. I was just in Malibu for the week, and I woke up and I just looked out the window, and I was playing my old, one of my first songs on YouTube, and I was just like, "Bro, that shit was so bad, how am I here?" So I don't know, really, it's all new."

Most people don’t know: "I used to skateboard when I was little. That's something I would be doing, but I don't do it that much no more, and ever since I got hurt from the car crash, I can't do too much. I don't want to … Because my back and everything is still healing and messed up a little bit, so I can't be wilding out like that."