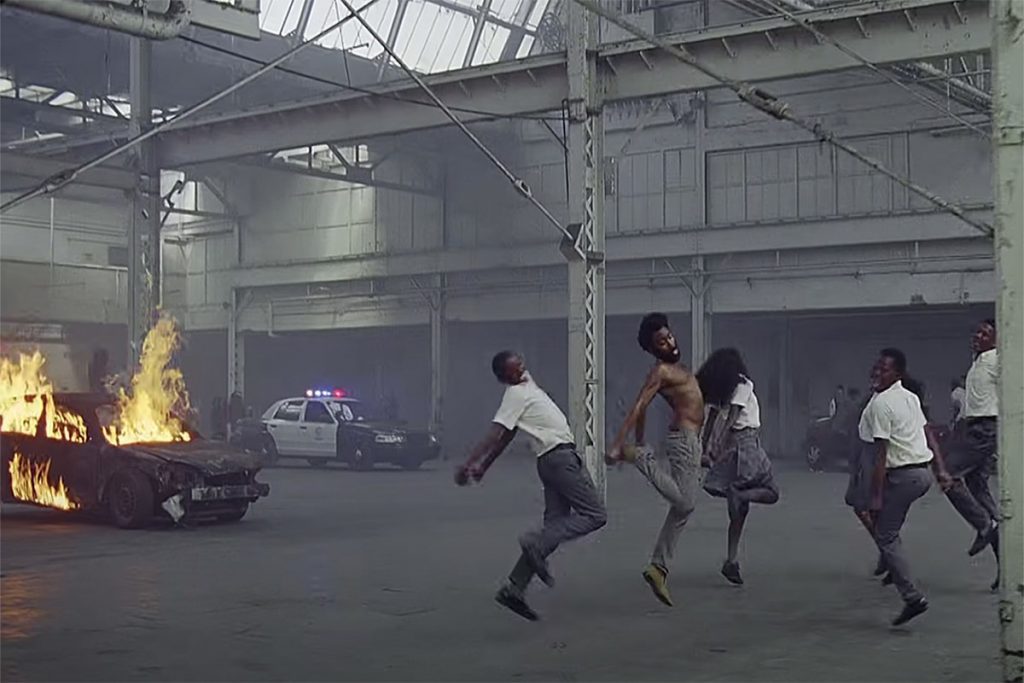 People have been coming together across the country in protest of George Floyd's murder and as a result, a number of songs are being played that epitomize the Black experience in America including Childish Gambino's "This Is America."

According to a report that was published in Forbes on Wednesday (June 3), Childish's 2018 hit, "This Is America," has seen a major spike in streaming on Spotify following the demonstrations calling for justice following Floyd's death last month. On Tuesday (June 2), the record soared to No. 2 from No. 97 on the U.S. Spotify chart, also garnering 1.117 million streams.

"This is America, don't catch you slippin' up, look what I'm whippin' up," he raps on the track.

The song, which presents a unique juxtaposition of happiness, chaos and violence, was released in May of 2018. Shortly after Childish Gambino debuted "This Is America" during an appearance on Saturday Night Live, he delivered the visual, which features jovial children dancing along with Childish while he is also seen in other parts reenacting numerous acts of violence that have transpired due to gun violence in America.

In addition to "This Is America," Kendrick Lamar's "Alright" has also seen an increase in streaming during this time. "Alright" jumped to No. 11 on the chart with 752,836 U.S. streams. The record, which came out back in 2015 and appears on K.Dot's To Pimp a Butterfly album, emphasizes optimism despite the many plights faced within the Black community.

"We been hurt, been down before/Nigga, when our pride was low/Lookin’ at the world like, 'Where do we go?'/Nigga, and we hate po-po/Wanna kill us dead in the street fo sho’/Nigga, I'm at the preacher's door/My knees gettin' weak, and my gun might blow/But we gon' be alright," Kendrick spits on the song.

The report of Childish Gambino and Kendrick Lamar's records seeing massive streams comes shortly after it was announced that all four officers involved in George Floyd's death have been charged for his murder. Floyd died on May 25 after being suffocated by former Minneapolis police officer Derek Chauvin as he pinned his knee onto Floyd's neck while detaining him. Chauvin was accompanied by the three aforementioned officers, who did not intervene. All four officers have been fired from the Minneapolis Police Department.

Thousands of protesters have flooded the streets across the country and have been joined by a host of rappers as they demand justice for George Floyd and others who have lost their lives to police brutality.