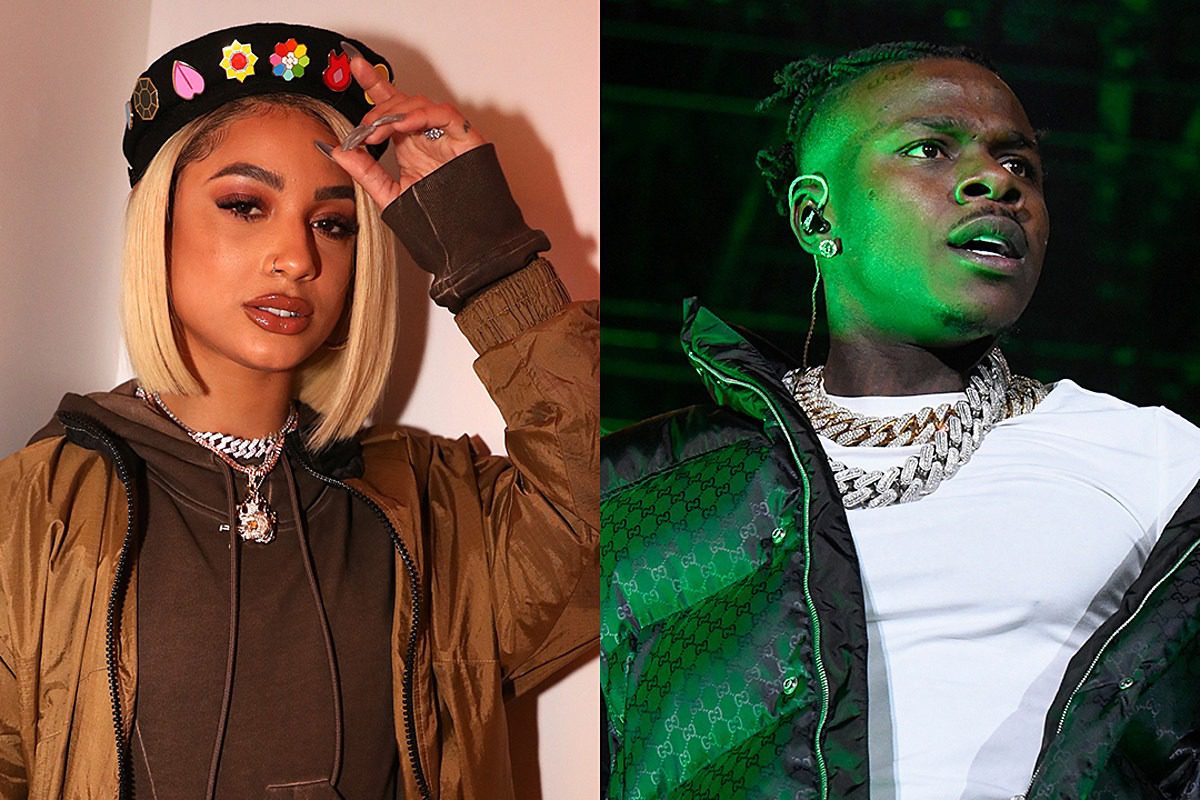 DaniLeigh has reportedly been hit with two counts of simple assault in connection to her now-viral verbal altercation with DaBaby that appears to have escalated.

According to Rolling Stone on Monday (Nov. 15), the R&B singer, born Danielle Curiel, has been accused of assaulting DaBaby on two occasions—on Sunday (Nov. 14) and earlier this morning. The North Carolina rapper, real name Jonathan Kirk, told officers from the Charlotte-Mecklenburg Police Department that he had been assaulted by his girlfriend, DaniLeigh, who is also the mother of his 3-month-old daughter.

Police responded to a domestic assault call yesterday at about 11:59 p.m. The following morning, at around 9:35 a.m., law enforcement responded to another call of a disturbance at the same location where the rapper allegedly told police that DaniLeigh assaulted him.

A statement from the Charlotte-Mecklenburg Police Department, obtained by RS, reads, "As a result of the investigation, Curiel was served with a Criminal Summons for Simple Assault. Officers also obtained additional information that led them to charge Curiel with a second count of Simple Assault from the incident on Nov. 14."

It doesn't appear that DaniLeigh is in custody as she posted on her Instagram Story that she is no longer at DaBaby's home, adding that her and her daughter are safe.

The charges more than likely are in connection to the verbal disputes the two had on Instagram Live earlier this morning. In video footage that began circulating online today, Dani accused DaBaby of calling the police on her following a heated argument. In one clip, the police can actually be seen questioning her. However, prior to this, Baby was recording her while she was feeding their child. At the time, Dani appeared visibly agitated.

The Back on My Baby Jesus Sh!t Again rhymer went on to post a statement on his IG Story, saying that he chose to record the encounter for his own safety. He also claimed that he had been "beat on and yelled at and chased around like one [of] them fatal love attraction type girls."

He wrote: "The last hour has been documented for my safety and business done based on my reputation. With multiple threats of setting up a internet scheme & a person refusing to not let me go me and somebody else knew to record her. I done been beat on and yelled at and chased around like one [of] them fatal love attraction type girls. But I knew to keep it together."

DaniLeigh responded as well, revealing that DaBaby was trying to kick her and their newborn child out of his home.

She explained: "Hey guys, since Baby wanna put up a 'statement' with his cap ass i'll put mine up…So we been living with each other for the past three months since our baby been born… doin us…and tonight he wanna come in the room talking bout 'I need to go' don't matter where I go.. Mind u…I have a newborn child, so he said I can go to a hotel…"

Hours later, DaBaby did a livestream, which he posted on his IG page, then deleted it. In the video, he explains his side of the story. Dani, who was still at his home, interjected during the Live to debunk the claims Baby was making, such as him denying that they were ever in a relationship and that they had been living together.

He also referred to DaniLeigh as his "certified side bitch," which she refuted by posting numerous photos and videos of them together with the oldest clip being dated for 2019.

XXL has reached out the Charlotte-Mecklenburg Police Department and reps for DaBaby and DaniLeigh for a comment.