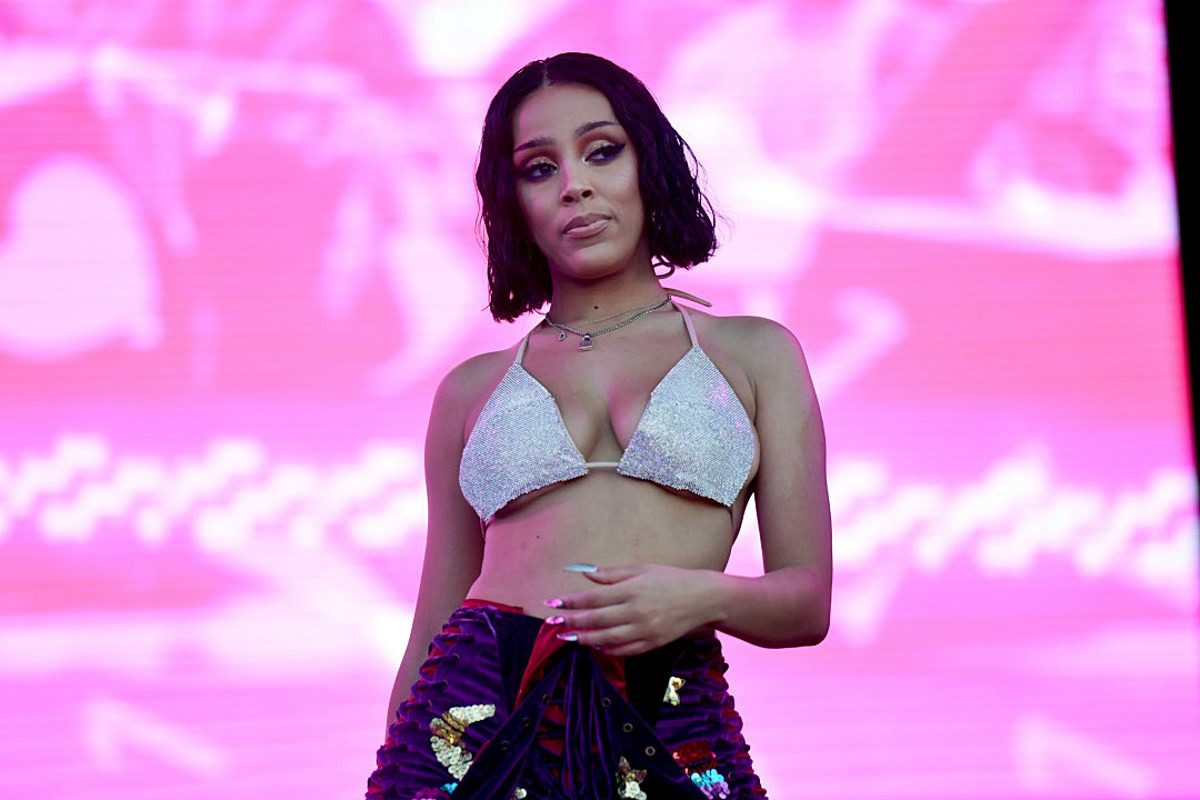 Doja Cat has readdressed claims that she is racist and associates with White supremacist men after video footage surfaced on the internet of her participating in alt-right Tiny Chat rooms last month.

During an Instagram live session on Wednesday evening (June 24), the "Say So" rapper, who is of South African and Jewish descent, said the claims that she is racist are preposterous. Doja also condemned those whom she says have been bullying her about her Black physical features.

Doja then says that the individuals criticizing her image are projecting their self-hatred onto her and are using her platform to do so. "Anybody who doesn't have time for that shit, anybody who actually cares about themselves isn't going to spend time on my platform trying to destroy my self image," she continues. "You're trying to make me feel worse. If I was already feeling like shit about myself, you're trying to make me feel worse about how I look. You're taking my features and you're shitting on them. Which are what features? Exactly. I have Black hair, I have Black skin, I have Black features and you're shitting on them."

After expressing that she is exasperated by the bullying, Doja Cat denounces claims that she is racist. While explaining one of the video clips that surfaced online several weeks ago of her using the N-word, Doja explained that she used the racial slur to a White person, who was attacking her.

"You won't find anything of me being racist because I haven't been racist and I'm well aware that I'm recorded in chat rooms," she explains. "But, I just wanted you guys to know, for my fans, if you felt disappointed or embarrassed, I'm sorry. It is disappointing to…To be honest, it took me a while to understand what the fuck was going on. There's young fans who look at me like, 'Oh if she's saying this word then maybe I should be saying it too.' No. No. You should not be saying that word, period. And, that's what I'm sorry for. It's for saying something that is offensive and my young fans who would take after me could possibly say that. You should not be saying that."

Doja adds that her anger stems from her fans, who identify with her, potentially being adversely affected by the comments made about her, causing them to feel insecure about themselves.

"But there's somebody out there who looks up to me and you saying I'm ugly and that person looks like me?," she says. "Little girls who look like me are going to think they're ugly, so therefore you don't give a fuck about Black people."

Back in May, Doja Cat became the top trending topic on Twitter after social media users launched a cancel Doja Cat party. The campaign of sorts followed claims that the rapper is racist and participates in alt-right chat rooms. A song also surfaced online where Doja was said to be making light of Sandra Bland's death. Folks on social media did additional digging and discovered that she made a song called "Dindu Nuffin," which is a racial slur used by members of the alt-right community against Black people who maintain their innocence after encountering police brutality.

She later addressed the accusations by issuing an apology on her Twitter page.