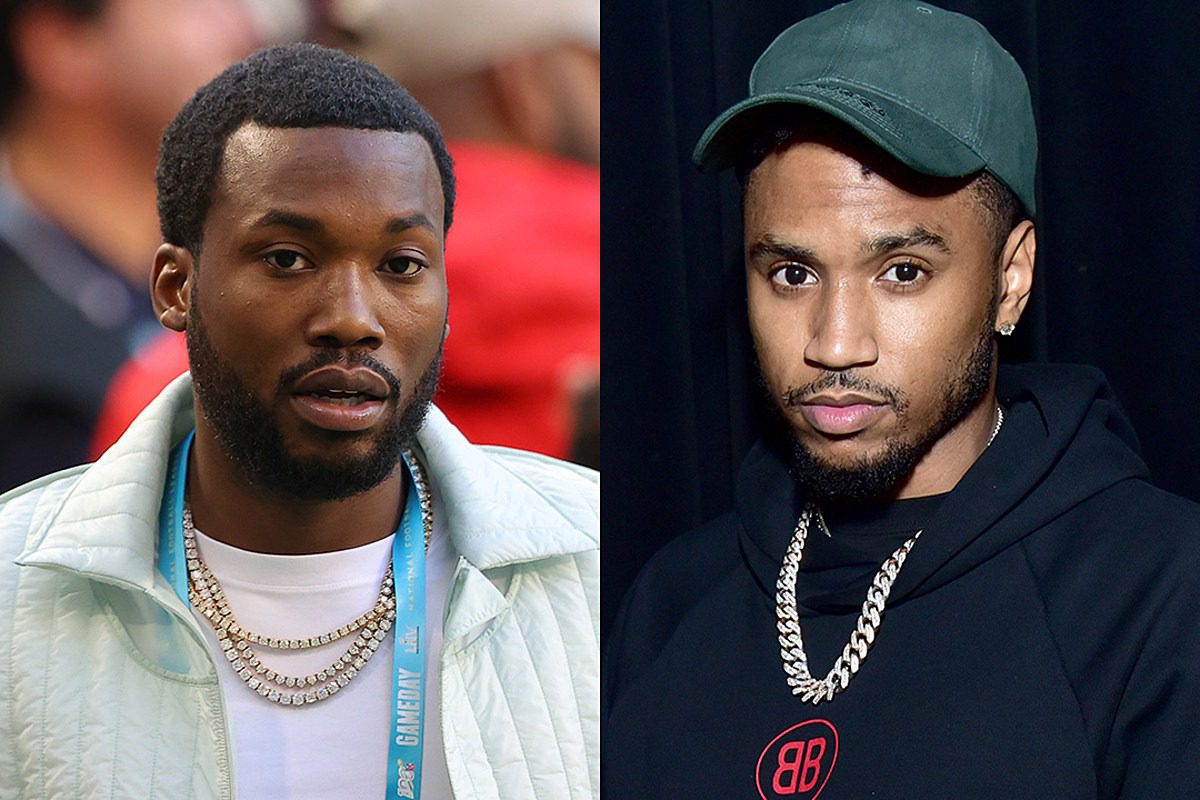 Meek Mill and Trey Songz appear to have found themselves at odds on Instagram.

On Wednesday (June 24), Meek and Trey got into a heated spat after the Philadelphia rapper felt a way about Trey challenging him to donate money to the #feedyourcommunitychallenge. In an image Meek uploaded where he is seen holding several hundred dollar bills, the R&B singer commented asking him to donate to a good cause. "Take some of them bands and accept the #feedyourcommunitychallenge," Tremaine said, including the thinking face emoji.

After the Trigga singer hopped in the Dream Chasers Records founder's IG comments, things became a bit tense. "I donated like two mill this year where you at? Lol," Meek replied. He went on to break down his recent donations in a separate comment. "200k to Philadelphia schools … my phantom for less fortunate 400k …. and help raise 50 mill for reform @treysongz don't try me like that!," he said.

Trey asking Meek to participate in the challenge, however, started from an IG post the Virginia native uploaded to his page on Tuesday (June 23). "I challenge my boy @meekmill to the #feedyourcitychallenge bull a young God in Philly. Let's go!!!," Trigga said in the caption.

Shortly after the mini feud transpired this afternoon, Trey Songz questioned why Meek took offense to his request. "What you feel attacked?," he asked. "I know what you doing for your community that's what I challenged you. I'm at everybody to do they part and more, you included. Ima try whoever bout what I'm on right now. Feel how you feel."

Then, Trey uploaded a screenshot of him and Meek's exchange and included a caption, which said, "So @meekmill apparently felt a way bout me challenging him to the #feedyourcitychallenge. He felt the need to tell me what he's already done, hopefully not realizing I tapped on him because of how much I know he's already doing for his community. That's great you donated fam, that's great you helping prison reform, that's great you gave ya phantom. I'm simply trying to bring us together to further help our communities. You offended? Lol you got it!"

The back-and-forth quickly came to an end with Trey Songz explaining that he had reached out to Meek Mill regarding the challenge, but didn't receive a response. "I hit ya phone, both numbers I got and I sent a dm. It's a challenge nigga. Same way I challenged Mustard, Fab, Trouble and they all accepted. We aint even sposta be at no kinda odds abut giving back. Shit goofy," Trey wrote.

Meek later tweeted that all is well between them, but it was Trey's use of the thinking emoji that cause him to think otherwise.

Meek isn't the only rapper that Trey Songz challenged to donate to feed their respective communities. Fabolous, Mustard and Atlanta rapper Trouble were all asked to take part and have accepted the challenge.