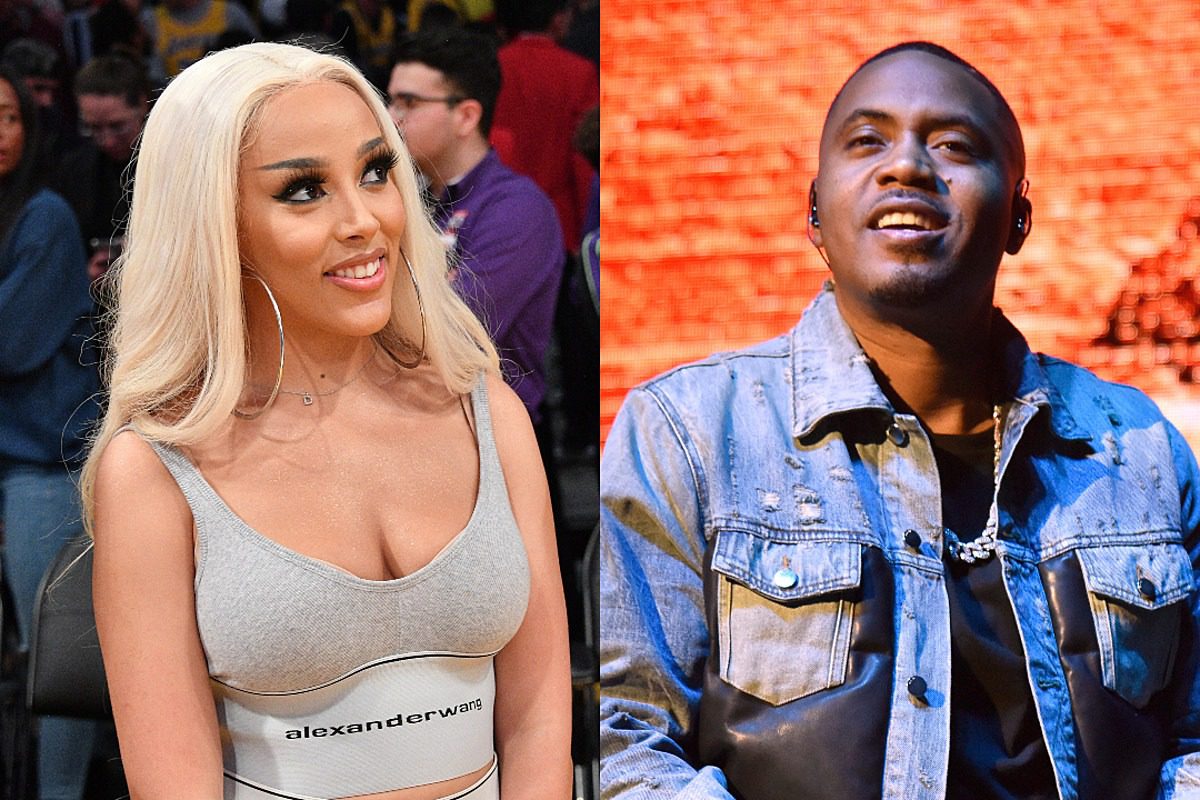 Doja Cat has something to say about Nas dissing her on his new single, "Ultra Black."

On Friday night (Aug. 14), the "Say So" rhymer hopped on TikTok and released a short video expressing her thoughts about being lyrically jabbed by the hip-hop legend. In the clip, Doja is listening to the new Esco track in the background. "I'm so offended and upset by this song," she says, seemingly sarcastically. "Have you guys heard 'Fruit Salad' by The Wiggles," she adds.

Nas made headlines after name-dropping Doja Cat in an unflattering way on the lead track from his upcoming album, King's Disease. "We goin' ultra Black, unapologetically Black/The opposite of Doja Cat, Michael Blackson Black," Nas raps on the record.

The Queens MC is obviously addressing the controversy that surrounded Doja back in May, when video surfaced of the rapper, who is of South African and Jewish descent, in a chatroom with an alt-right/incel community, an online subculture of male White supremacists who are "involuntarily celibate." She was also called out for a song where she used a racial slur referencing Black people who claim to have suffered from police brutality.

She later explained herself and apologized. "I want to address what's been happening on Twitter," she wrote on Twitter following the dust-up. "I've used public chat rooms to socialize since I was a child. I shouldn't have been on some of those chat room sites, but I personally have never been involved in any racist conversations. I'm sorry to anyone I offended."

She has since claimed that she has been bullied online as a result of the situation.