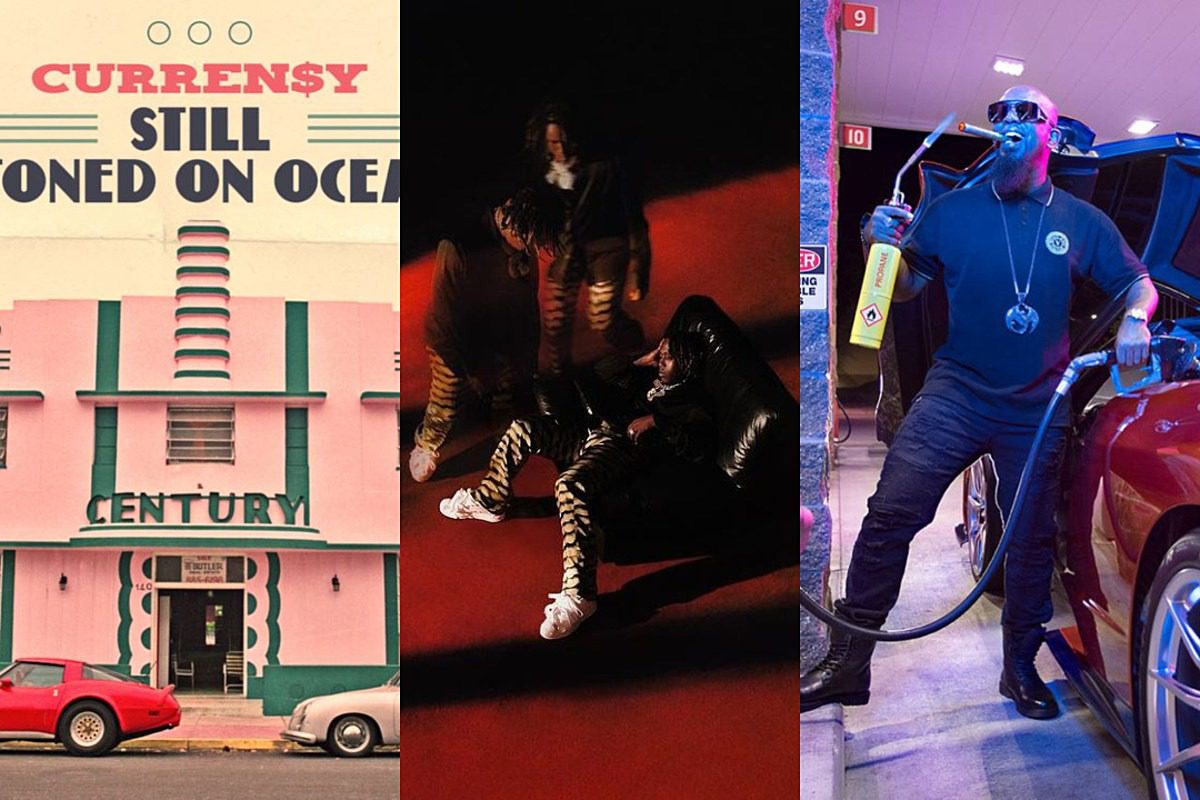 The week is almost coming to an end, and as usual, the music doesn't stop in hip-hop. New projects arrive from Travis Scott's Cactus Jack signee, a rap OG from the Midwest and a New Orleans native whose work ethic is incomparable.

Don Toliver drops his sophomore effort, Life of a Don. The album features 16 tracks in total including "What You Need" and "Drugs N Hella Melodies" featuring his girlfriend Kali Uchis. In honor of the album, the Houston rhymer, along with his Cactus Jack boss, Travis Scott, launched a clothing collection with Guess brand. The merch will be available on Don's tour, which supports his latest LP. The trek kicked off in Ohio on Sept. 28. The melodic Texas native's last album, Heaven or Hell, which contains hits "After Party" and "Euphoria," arrived last year.

Curren$y delivers Still Stoned Ocean, his fifth release this year. On Thursday afternoon (Oct. 7), Spitta shared a visual teaser for the album, which features him in the studio playing tracks off the project. The LP's cover art is also shown. The New Orleans rapper has been offering back-to-back releases lately and dropped Matching Rolexes with Kino Beats on Sept. 17. Before that, Highest in Charge came out on Aug. 27. Curren$y has clearly been hard at work as he shared via social media recently that he also has a project with Jermaine Dupri coming soon. After someone tweeted about the song Spitta dropped that was named after JD, he replied, "We gonna do a whole jernt. Whole project !!!."

Tech N9ne is back with a new project as well. With over 20 albums to his name, the Kansas City, Mo. veteran rapper releases Asini9e. Tech offered a video snippet of the project on his Instagram ahead of its arrival. The clip features Dwayne "The Rock" Johnson working out to Tech's music. The rhymer captioned the clip, "I'M MIND BLOWN THIS MORNING! I'm at a loss for words and choked up!TOMORROW THOUGH? TECHNICIANS! HERE IT COMES! #ASIN9NE Thanx so much to @therock @_joey_cool @therealkingiso and @strangemusicinc." Tech N9ne's last album, Blight, with Hush, came out back in June.

Listen to other new music below from Neek Bucks, Lute, Key Wane and more below.