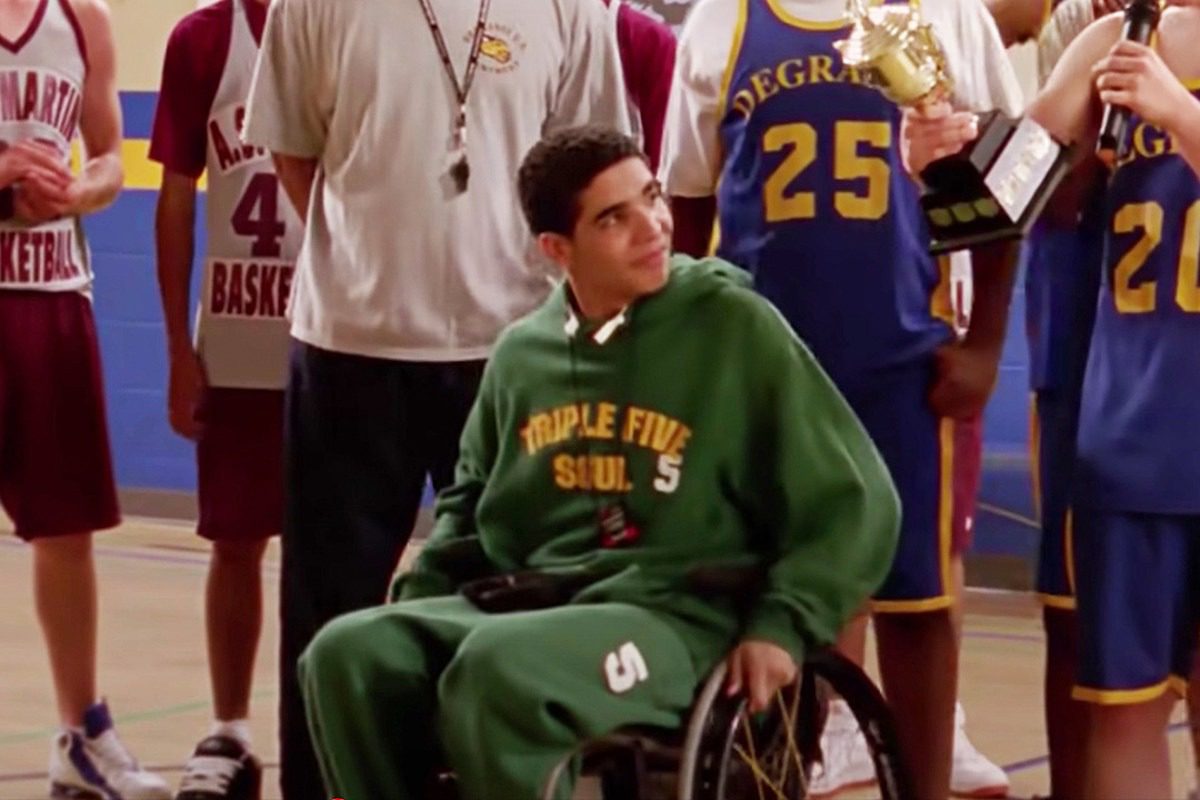 Before Drake was the king of the Billboard charts, one of the top-selling rappers and overall one of the most successful and talented rhymers of this generation, he was in his acting bag on a TV show called Degrassi: The Next Generation. And according to one of the show's writer, Drizzy reportedly threatened legal action to have his character on the show removed from his wheelchair.

People reported on Thursday (Oct. 15) that Drake supposedly threatened Degrassi with legal action over his character, Jimmy Brooks, commonly known as Wheelchair Jimmy, who was in a wheelchair after being shot.

The show's former writer, James Hurst, told the publication, "There was a letter from a law firm in Toronto, and it was from Aubrey. It was an odd letter that said, 'Aubrey Graham will not return to Degrassi season six as Jimmy Brooks unless his injury is healed, and he's out of the wheelchair.' I said, 'Get him down here.' He came in and was like, 'What letter? I don't know about that.' And I said, 'All right, I understand. But how do you feel about the wheelchair?'"

The 6 God apparently stepped back from the legal threat.

The writer added: "He was so nice and apologetic about everything. He instantly backed down. I was very passionate about it, and I said, 'Aubrey, there's some kid somewhere in a wheelchair, who's completely ignored, who's never on television, never gets represented. I need you to represent this person. You're the coolest kid on the show, and you can say there's nothing wrong with being in a wheelchair.'"

According to Vox, Drake was on Degrassi from 2001 to 2007 until he was "kicked off of the show." The Toronto rapper told W magazine in 2015 that he had to choose between acting and music.

"Back then, I’d spend a full day on set and then go to the studio to make music until 4 or 5 a.m," he explained. "I’d sleep in my dressing room and then be in front of the cameras again by 9 a.m. Eventually, they realized I was juggling two professions and told me I had to choose."

Drake seems to have the made the best choice for himself and his fans would likely agree.

XXL has reached out to a rep for Drake for a comment.