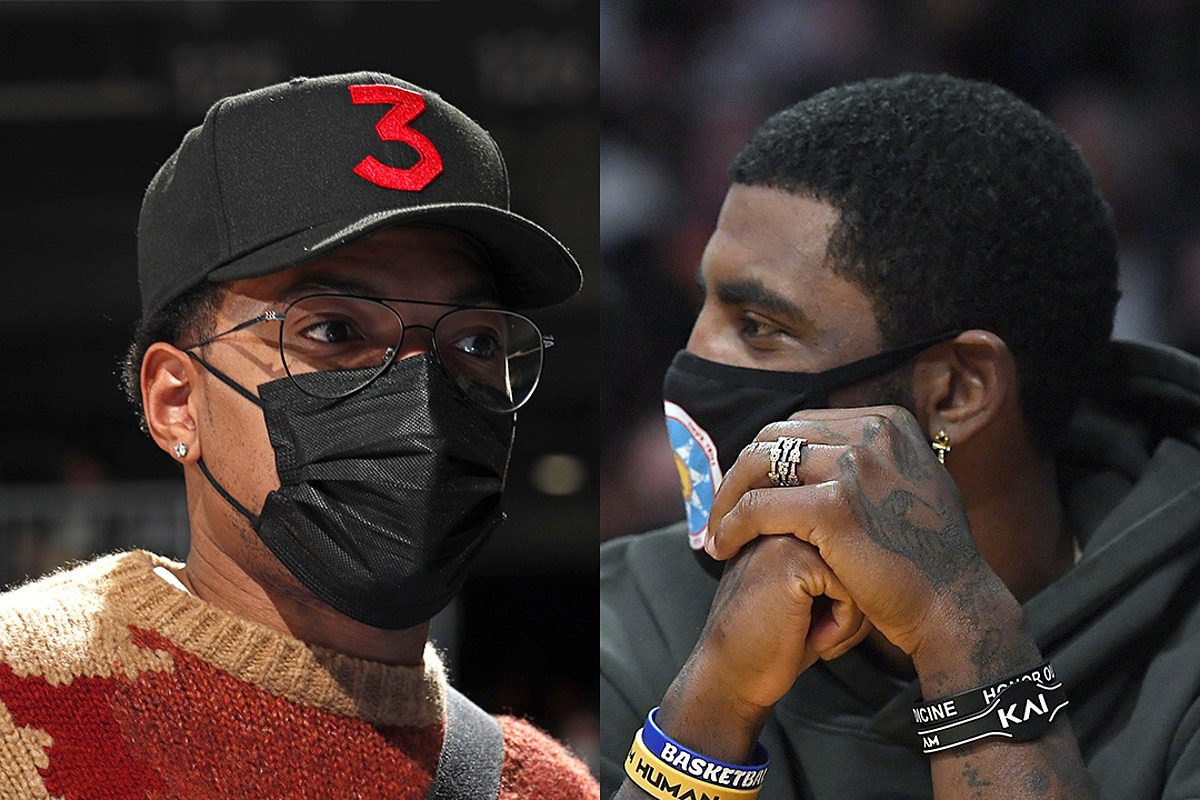 NBA star Kyrie Irving's decision to remain unvaccinated with the COVID-19 vaccine, which as a result is prohibiting the baller from playing in the Brooklyn Nets' upcoming 2021-2022 season, has been met with varying opinions. However, Chance The Rapper appears to be supportive of Kyrie's stance.

On Thursday (Oct. 15), the New Jersey native hopped on Instagram Live to dispel several rumors surrounding his anti-vaccine viewpoint where he informed his followers and viewers that he is merely making the best choice for himself. No. 11 on the Nets also confirmed that although he may not be able to hit the court this season, he doesn't plan to hang up his jersey.

"And don't believe that I'm retiring," Kyrie said during his livestream. "Don't believe that I'ma give up this game for a vaccine mandate or staying unvaccinated. Don't believe any of that shit, man. Really be aware of what's being said before I even get a chance to be on the podium and speak for myself. All these people saying all these things about what's going on with me and it's just not true. Pay attention to what's going on out in the real world. People are losing their jobs to these mandates. People are having to make choices with their own lives, which I respect. And I don't wanna sit here and play on people's emotions either. Just use logic."

During the 20-minute IG live conversation, Chance The Rapper was spotted in the comment section, writing the 100 emoji, apparently cosigning Kyrie Irving.

In another part of the live, the point guard said, "I'm a hooper. I been a hooper since I was damn near 4 years old, and coming into the NBA, I just had a dream to play ball at a high level. I didn't anticipate all of this coming with it. But if I am gon' be responsible for my own life, then I gotta speak on things that truly matter to me. I had to stop running away from using my voice and using my platform to speak on what's true and what's mine. Nobody is gonna hijack my voice. Nobody is gonna take away the power from me that I have for speaking on these things."

Earlier this week, the Brooklyn Nets announced that Kyrie Irving would not be allowed to play with the team as a part-time player, despite prior conversations claiming he'd be able to participate in away games.

Nets general manager Sean Marks said in a statement, "We have decided Kyrie Irving will not play or practice with the team until he is eligible to be a full participant. Kyrie has made a personal choice, and we respect his individual right to choose. Currently his choice restricts his ability to be a full-time member of the team, and we will not permit any member of our team to participate with part-time availability."

Based on New York City's COVID-19 mandate, which is where the Nets home arena—the Barclays Center in Brooklyn—is located, Kyrie is not allowed to play home games while unvaccinated. The Nets facility where they practice is considered to be an office building, so he would be able to practice and also play during away games, but the team has chosen to not allow him to participate in any capacity until he is vaccinated.