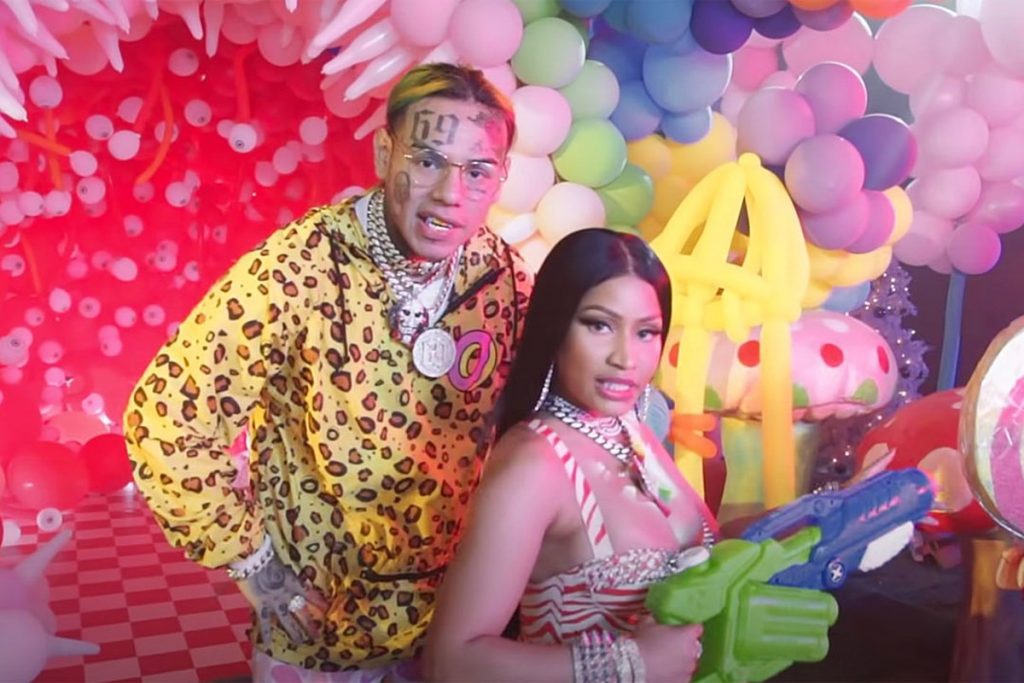 The Barbz have come to Nick Minaj's defense on Twitter following confirmation that she and 6ix9ine have collaborated again, despite his reputation as a snitch and the outcome of his 2015  sexual misconduct case.

On Wednesday (June 10), following confirmation that Nicki Minaj and 6ix9ine's new single "Trollz" will be released this Friday (June 12), the 37-year-old rapper's fan base leapt to her defense to support the forthcoming release.

While some critics are against the collab, tweeting about the "Your Love" rhymer working with 6ix9ine although he pled guilty in 2018 to one felony count of use of a child in a sexual performance and also mentioned her husband, Kenneth Petty, who was convicted in 1995 for first-degree attempted rape, others are supporting her decisions to work with 6ix9ine.

One fan wrote, "I don't argue with anyone… I block. Because there is nothing any bum bitch can tell me that will make me stop stanning Nicki."

Many other Barbz and Nicki stans expressed similar sentiments, claiming they would only be listening to her verse on the forthcoming "Trollz" single. Elsewhere on Twitter, fans bragged about pre-purchasing the track and preparing themselves for the heat they are anticipating Nicki will deliver in her guest verse.

Earlier today, Nick Minaj announced she and 6ix9ine are going to be releasing a follow-up to their first collab "Fefe," which debuted in 2018. The news began trending on Twitter this morning following the merch store going live.

One Nicki fan added to the "Fefe" conversation writing, "IF NICKI SNAPPED THE SAME WAY SHE DID ON 'FEFE' AND 'MAMA' THEN THIS IS A HIT AND A PORTION OF THE PROCEEDS ARE GOING TO A GOOD CAUSE YESSSSSS THE GENEROUS QUEEN #TROLLZ."

More than 7,000 other tweets mentioning the older track kicked off a new conversation as fans recounted their best memories and moments from the Murda Beatz-produced song.

The Queens, N.Y. native also mentioned in her Instagram announcement that a portion of the proceeds from the track "Trollz" will be going to The Bail Project Inc., a program that provides free bail assistance to low-income individuals.

"A portion of the proceeds from #Trollz including merch items, will be going directly to The Bail Project Inc.," she wrote. "The fund provides free bail assistance to low-income individuals who can't afford to pay bail while awaiting their trial.

Check out more reactions from Nicki Minaj's fans about the 6ix9ine collaboration "Trollz" below.