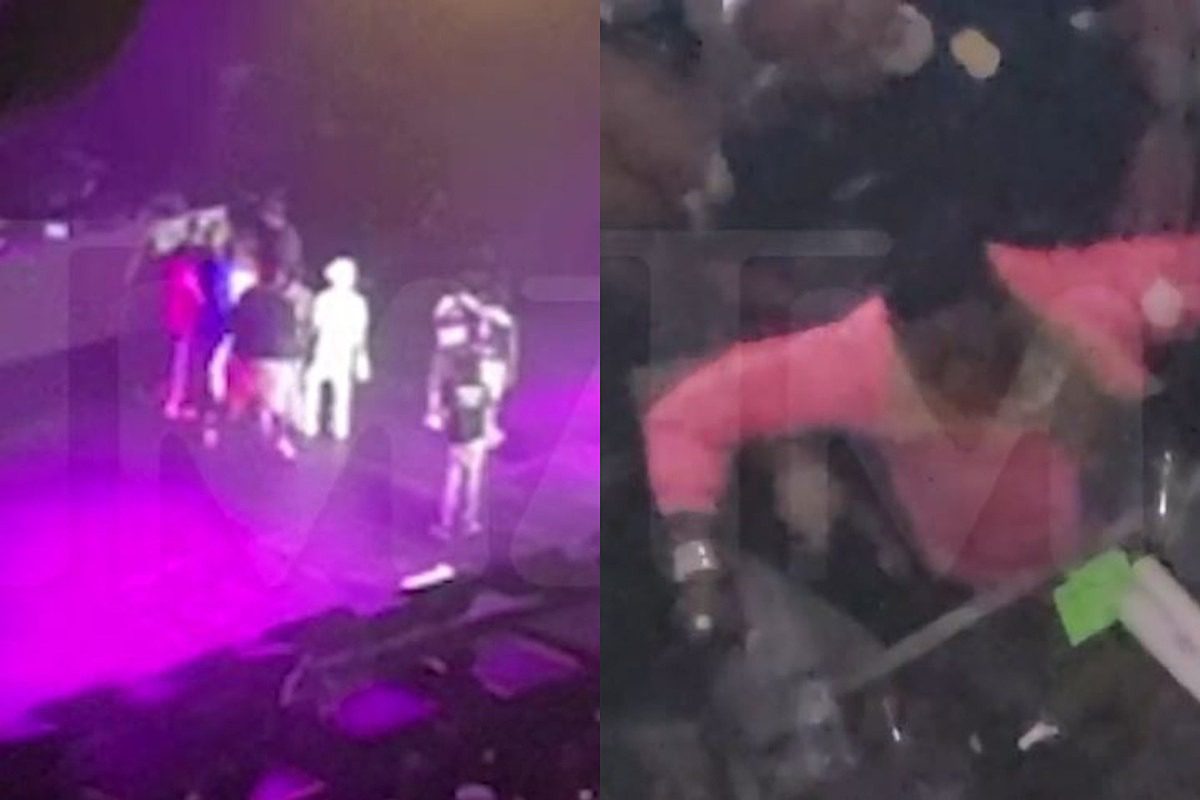 Boosie BadAzz's set at a recent stop on the the Legendz of the Streetz Tour was cut short when it ended in violence.

The tour played Atlanta on Friday (Oct. 1), at State Farm Arena, where Boosie shared the stage with the likes of Rick Ross, 2 Chainz, Fabolous, Lil' Kim and more. Unfortunately, fans there to see Boosie only got a very shortened performance. According to TMZ, the Louisiana rapper only got about two minutes into his show before a fight broke out onstage behind him. It is unclear what sparked the altercation. In video obtained by the celebrity news site, Boosie stops performing and gets into the middle of the melee. The altercation eventually moves to the side of the stage. Someone can be seen pushing a large speaker off the stage for no apparent reason.

Concertgoers are audibly upset when it is clear the fight ended the show. "That's cause he shouldn't have had all them muthafuckers on stage with him," a woman can be heard venting in the background.

"Boosie, you better bring your ass back up on this stage. Ain't nobody hurt," someone else adds.

In video captured from a different angle, Boosie can be seen in the middle of the fray being held back by security. The show reportedly ended due to the skirmish.

Boosie is on the heels of releasing his new film, My Struggle, on Sept. 24. Unfortunately for the polarizing rap star, his promotional efforts were snagged when Instagram deleted his account for the third time. As a result, Boosie sought help from Drake in getting the word out about the new film.

See the Many Times Rappers’ Social Media Accounts Were Suspended