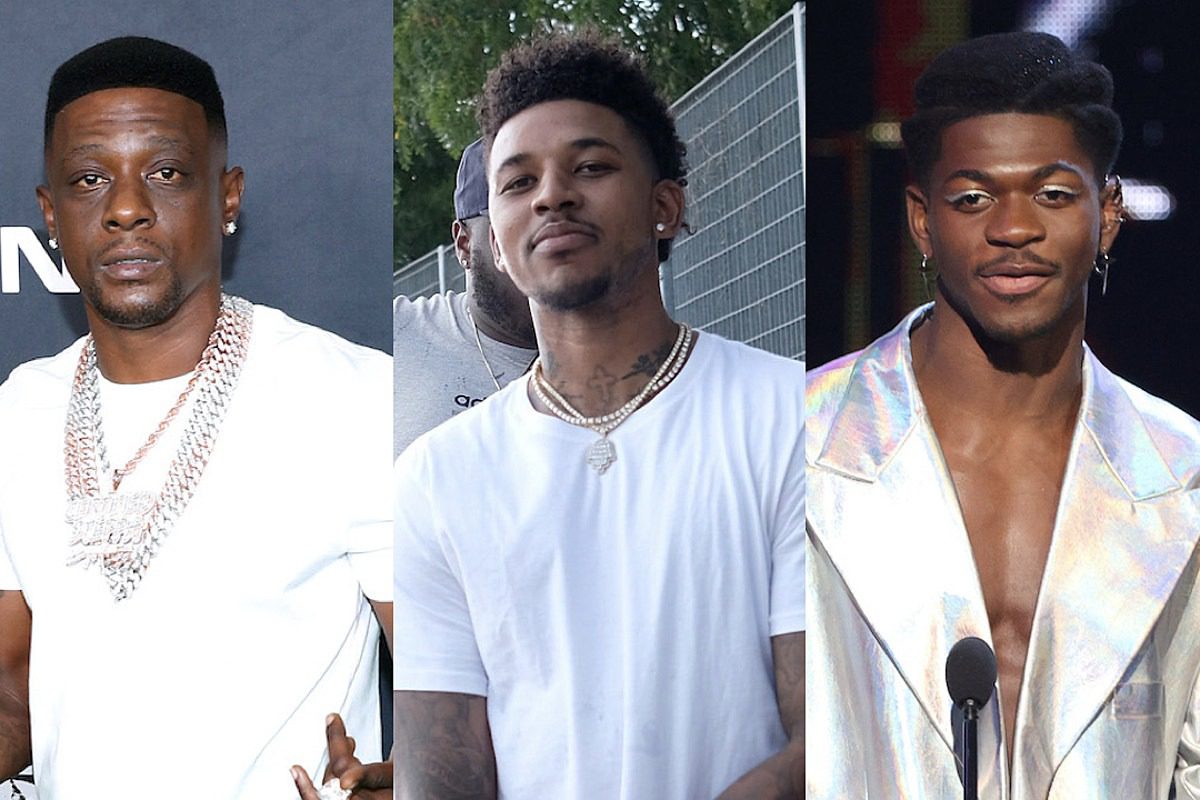 On Tuesday (July 29), Nas X replied to a fan on his Twitter account who shared a screenshot of Nick’s comment on Hollywood Unlocked's Instagram post about Boosie reacting to people canceling DaBaby for his homophobic comments during Baby's Rolling Loud set in Miami last Sunday (July 26). The post features a clip of the Baton Rouge, La. artist's anti-gay rant over Nas X’s announcement that he will perform naked at the upcoming 2021 MTV Video Music Awards on Sept. 12.

In the comment section, Nick wrote, "Facts" and "Freedom of speech" to seemingly suggest that Boosie has a right to say homophobic comments to another person.

In response to Swaggy P, Nas X wrote in a now-deleted tweet, “A nigga saying he will ‘beat my fggot ass’ is not what we what we meant by freedom of speech.”

In other words, Swaggy appears to be insinuating that hate speech falls under the same umbrella as freedom of speech.

Yesterday (July 28), Boosie expressed that he felt it was disrespectful by the Grammy Award-winning rapper claiming that he plans to perform naked onstage at the VMAs. Boosie then suggested that he would physically harm Nas X if he were to perform nude in front of him at the award ceremony.

"If I'm at the awards and he go up there naked I'm gon' drag his ass offstage and beat his ass," said Boosie during a livestream.

Nas X has been pushing back on several artists who seemingly object to his music videos and performances. And while T.I. said that he commends Nas X for living his truth, Tip also backed DaBaby's homophobic rant and recently said that he thinks the gay community is bullying rappers.

Lil Nas X doesn't mention anyone directly, it appears he may have responded to Tip's initial remarks about him as well as Boosie's on Wednesday.

No matter what anyone says, Lil Nas X is moving forward with his music and performances.