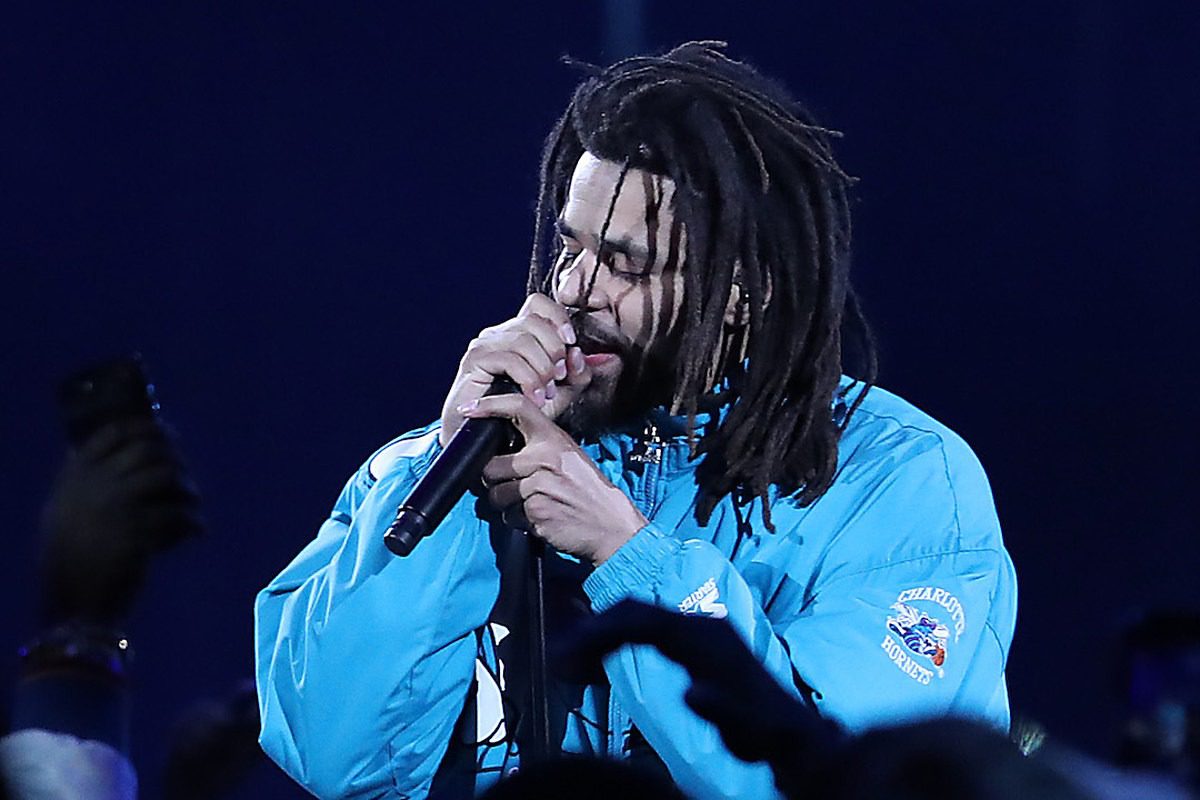 Cole revealed via Twitter this afternoon (July 21) that he is delivering two new records, "The Climb Back" and "King on Ice," tomorrow night (July 22). He also appears to have shared the name of an upcoming album or project and flexed his beatmaking skills while revealing that he's responsible for some of the production.

"The Climb Back – produced by me," he tweeted. "Lion King on Ice – produced by J. Cole, T-Minus, and Jetson. First 2 songs from The Fall Off. Dropping tomorrow night 10pm. No date for the album yet, taking my time, still finishing." Cole followed the message with three emojis of a man rock climbing and three lion emojis.

Producer Jetsonmade, who contributed to "Lion on Ice," spoke about the track with Cole on Twitter shortly after the Fayetteville, N.C. native announced the record, revealing that the song is on an 808 beat. "Y’all really bout to get Cole on jetson 808s 😭 shit different," Jetsonmade wrote. He tweeted a smirk emoji in response to J. Cole's tweet about the new songs.

"The Climb Back" and "King on Ice" will likely appear on J. Cole's forthcoming album, The Fall Off. The lauded rapper first revealed he had another album on the way in 2018, when he released the KOD track “1985 (Intro to ‘The Fall Off’).” For two years, Cole has been working on the project. Fans recently thought Cole would drop the album soon when Olu of EarthGang went on Instagram Live and said Cole's LP was delayed due to coronavirus. This prompted Dreamville Records President Ibrahim Hamad to set the record straight that there was no J. Cole album coming soon.

This is the first new music since the former 2010 XXL Freshman released his controversial track "Snow on tha Bluff" last month. The record, which was presumed to be aimed at Noname, put him at the center of criticism on social media and resulted in him being accused of misogyny.

Back in June, Cole randomly dropped "Snow on tha Bluff," titled after the 2012 film about an Atlanta drug dealer who steals a videocamera from a set of college students and begins to record his everyday life. On the record, however, J. Cole addresses the current civil unrest as a result of the countless killings at the hands of police. While discussing the country's current climate, Cole also touched on the variety of feelings—anger and confusion—felt by the Black community and the pain endured by Black women.

The Dreamville Records founder didn't name anyone in particular on the song, but he references a woman, whom he describes as being angered by systemic oppression and racial inequality. Cole raps about how she interacts with people on the internet and offers a suggestion for how she should engage with others on her social media timeline.

"Just ’cause you woke and I'm not, that shit ain't no reason to talk like you better than me/How you gon' lead, when you attackin' the very same niggas that really do need the shit that you sayin'?/Instead of conveying you holier, come help get us up to speed/Shit, it's a reason it took like two hundred years for our ancestors just to get freed," he raps on the track.

Fans speculated that the unnamed woman was Noname following a tweet she posted criticizing artists who rap about the Black plight in their music, but haven't openly supported the Black Lives Matter movement.

J. Cole, who admitted that he hasn't "done a lot of reading" and didn't "feel well equipped as a leader in these times," later addressed the misogynistic claims made against him in a series of tweets and also showed support for Noname.

Noname herself dropped a track in response called "Song 33."