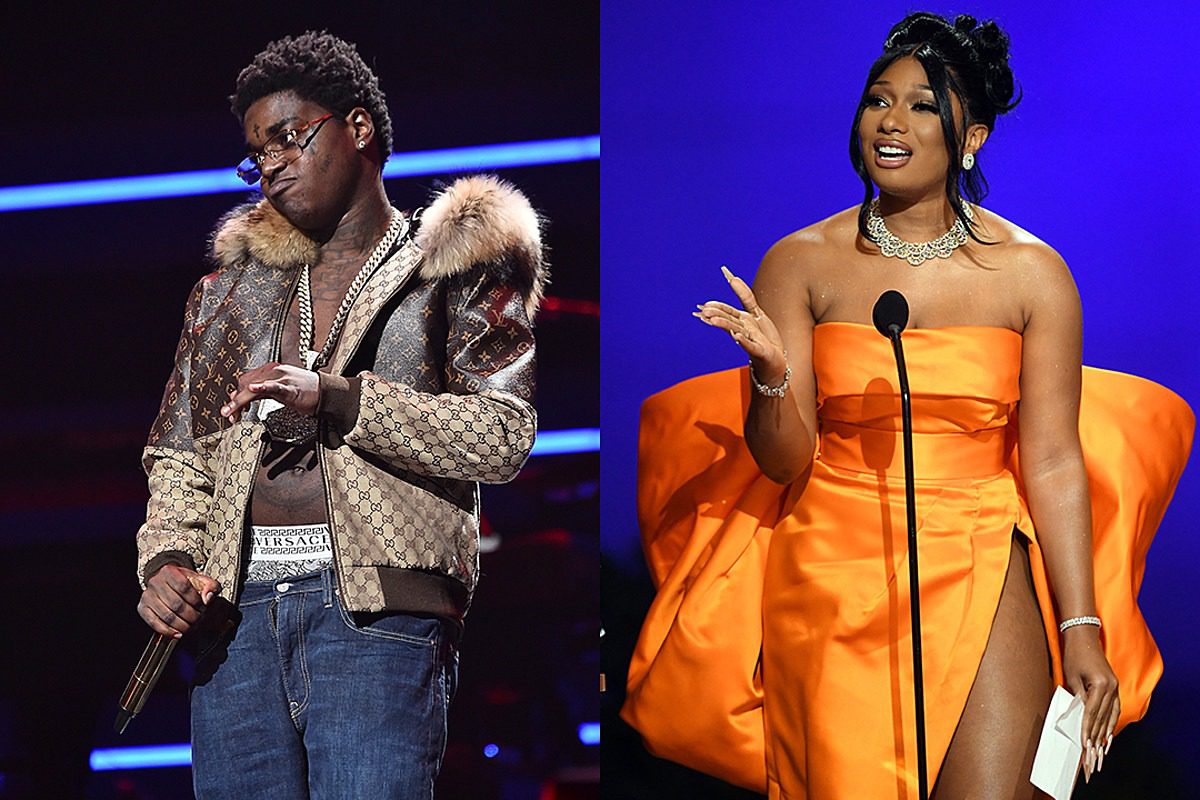 Looks like Kodak Black still wants recognition for his "drive the boat" phrase, which became a meme and was popularized by Megan Thee Stallion during the summer of 2019.

On Monday (March 15), Project Baby fired off several tweets, in which he questioned why he hasn't received homage for the slogan. Amid the mini rant, Kodak also mentioned that he should've received $200,000 for the use of the "drive the boat" phrase and suggested that Megan—without naming her directly—made a career off of the catchphrase he created.

"'You Know What , Ima Pull Up On Jit Wit Bout 200 Bands Or Sumn Since I Raned Off Wit Da Man Quote Got Rich Off It & Ain’t Mention Em Nan Time' Who Shoulda Said Dat Twitter ?," he began.

Kodak Black continued: "I’m Lit I Ain’t Old & Washed Up Somewhere Hating On Young Niggas I’m Jus Over Here Counting This Money But Still Pointing Dat Shit Out Y’all B On Dick !!! Make a whole career off of taking one Lil piece of my shit & I B Coming For My Money."

The Bill Isreal rhymer went on to seemingly call out Megan Thee Stallion's appearance on Good Morning America 3: Strahan, Sara and KeKe from last year, where the question arose regarding who created the "drive the boat" phrase. The Grammy award-winning rapper gave herself credit, to which the hosts on the show all agreed. However, Kodak, who was incarcerated at the time, hopped on social media to express his disapproval.

A year later, Kodak's sentiment remains the same. "Baby ain’t have to go out her way to give my credit but the opportunity came to her instead when they asked that question on tv smh and they be on some Black Lives Matter shit y’all don’t even be fa this shit fr," he typed yesterday.

In a set of follow-up tweets, he also wrote: "Especially Since He Just Getting Outta Prison And Black Lives Matter So Let Me Pay A Lil Homage To Dude Throw It Back On Em Or Sumn. Or You Know What Ima Just Let Him Drive My Boat ‍& Call It Even."

In case you need a refresher on the history of the "drive the boat" phrase, Kodak first used it in February of 2019 while on a boat when asking the driver if he can operate the vessel they were on at the time. Then, months later, Hot Girl Meg popularized the slogan via social media. Megan Thee Stallion's use of the idiom means to pour shots of liquor—typically D'usse cognac—in people's mouths.

Kodak indirectly calling out Megan comes about a week after he exchanged words with 1017 Records artist Pooh Shiesty via Twitter after the former 2016 XXL Freshman claimed he's the pioneer of the money spread.

Take a look below to see more of the conversation surrounding Kodak Black claiming that he created the "drive the boat" phrase that Megan Thee Stallion has utilized.