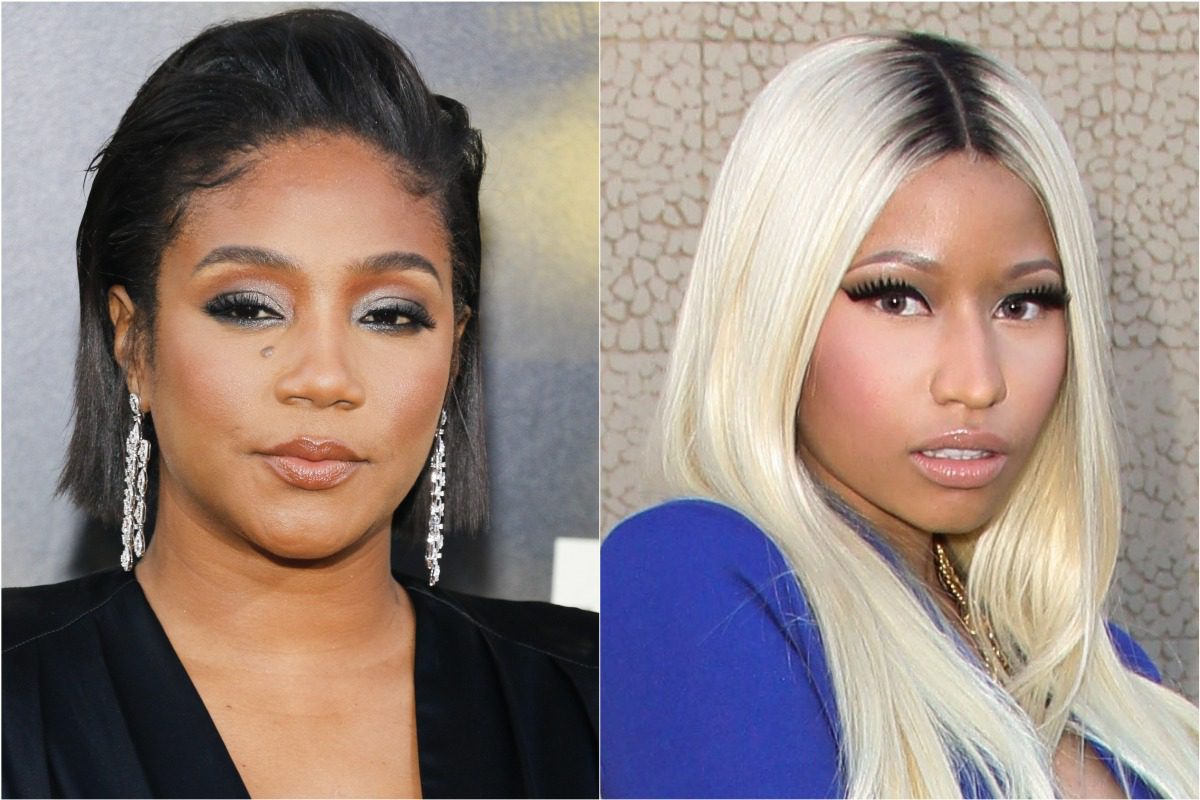 There have been rumors circulating for years that Nicki Minaj is one of the most calculating and irreverent A-listers in the entertainment industry. She has had public feuds with the likes of Lil Kim, Mariah Carey, Miley Cyrus, Iggy Azalea, Remy Ma, Cardi B, Taylor Swift, Demi Lovato, Kylie Jenner, and others.

According to TMZ, comedian Tiffany Haddish recently offered her thoughts on the Queen album creator during a leaked Clubhouse session. After someone referred to her as the “Nicki Minaj of comedy right now,” Haddish replied with obvious shade towards the rapper.

“And unlike Nicki, I treat everybody with respect and dignity,” stated Haddish on the audio-chat app. Another unknown female voice can then be heard co-signing the Girls Trip actress by saying, “That part. That part.”

This is not the first time the two celebrities’ names were intertwined in blog headlines. Minaj called out Haddish for making a joke about the girl group Fifth Harmony and former member Camila Cabello at the 2018 MTV Video Music Awards.

After winning the Best Hip Hop trophy for her “Chun-Li” video, Nicki Minaj took the stage and defended Fifth Harmony’s Normani Hamilton. She told Haddish, “Don’t be coming for Fifth Harmony because Normani is that b####! I’m just saying. No, I love you.”

Minaj’s über-loyal Barbz fanbase has taken to various social media platforms to slam the stand-up comic for her Clubhouse comments about their favorite artist. One Twitter user claimed Haddish was still “out here crying” about the on-stage exchange at the 2018 VMAs. Haddish simply replied with “Huh?”