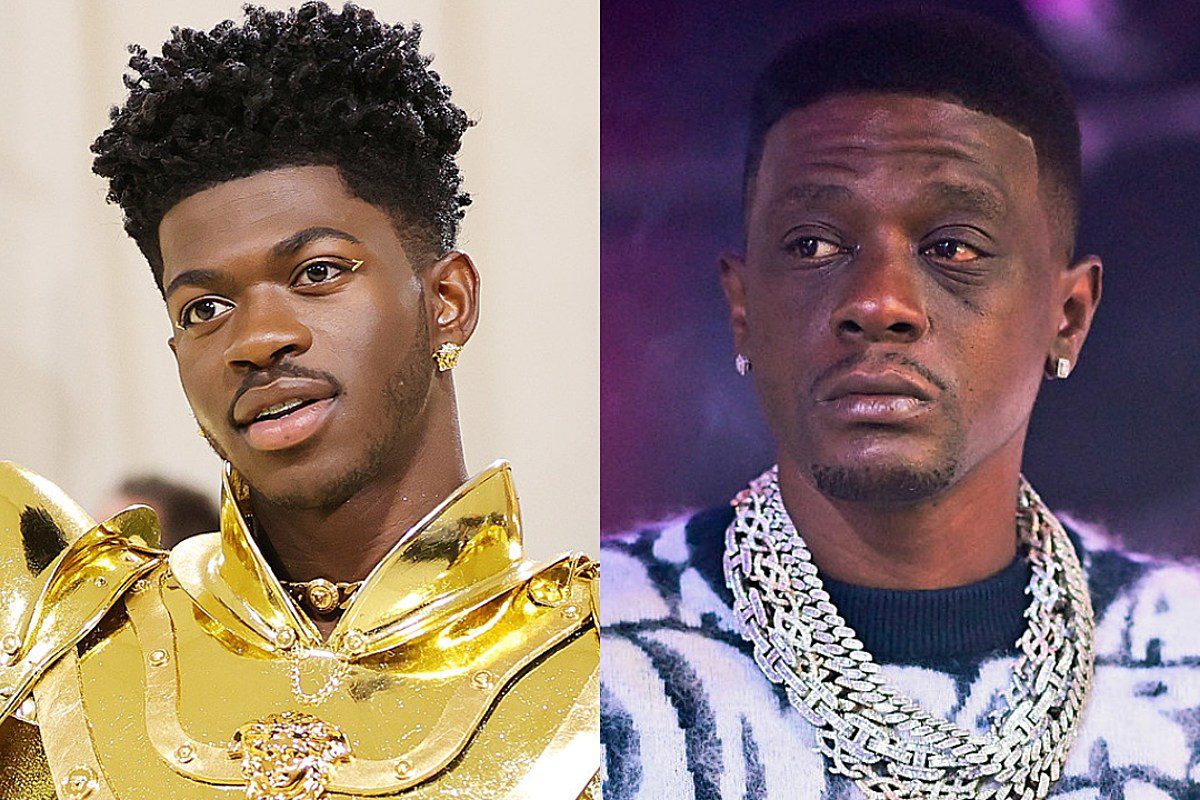 Lil Nas X's dad is coming to the defense of his son following the latest homophobic rant from Boosie BadAzz.

On Tuesday (Oct. 26), Robert Stafford, the father of the platinum-selling artist, posted a message on his Instagram story where he appeared to call Boosie an "old man looking a*s" while critiquing the type of content that Boosie promotes.

"How the hell you're a gangsta rapper promoting drugs, gun violence, degrading women and getting high every video talking about how you're for the kids man sit you old looking a*s down," he wrote. "The game has past you. We real bankhead over here. Not like the guy who claims it. CHAMPIONS!"

Boosie responded to Stafford with a sole tweet, seemingly unfazed by what he said. "DONT GET MAD AT ME CAUSE YOUR SON CAME OUT LIKE THAT LOL I KNOW IT HURTS."

This past Saturday (Oct. 23), Lil Nas told his followers during an Instagram Live that he had a song with Boosie on the way. "So, I been working on this song with Lil Boosie, bro," he claimed. "I got this song with Lil Boosie finna come out. Fire, I ain't even gon' lie, for real. Song with Boosie finna come out." It was initially unclear if he was trolling or not, due to Boosie's previous homophobic comments toward the Montero rapper.

It wasn't long before Boosie gave a response to Lil Nas, which was filled with volatile homophobic slurs and unnecessary aggression. "STOP TROLLING ME FAGGOT LOL," he wrote. "U A WHOLE BITCH PLAYING WITH A GANGSTA SMH U CAN KEEP SUCKING DICK N GETTIN FUCKED N YOUR ASS N PEACE N #uhateyourself I WOULD TOO IF I WAS YOU LOL NASx IF YOU #commitsuicide YOU WOULD DO THIS WORLD A HUGE FAVOR. NOBODY WANTS U HERE."

This isn't the first time Boosie has gone after Lil Nas X, either. He believes that the "Old Town Road" rapper is wrong for pushing his sexuality on the youth. "That's the most disrespectful muthafucka in the world he said that he gonna get naked onstage," he said while defending DaBaby for homophobic comments he made at the 2021 Rolling Loud Miami Festival. "They got kids watchin' that shit."

If you or someone you know is at risk of suicide or contemplating self-harm, please call the National Suicide Prevention Lifeline at 800-273-8255, text TALK to 741741 or visit Speakingofsuicide.com for additional resources.