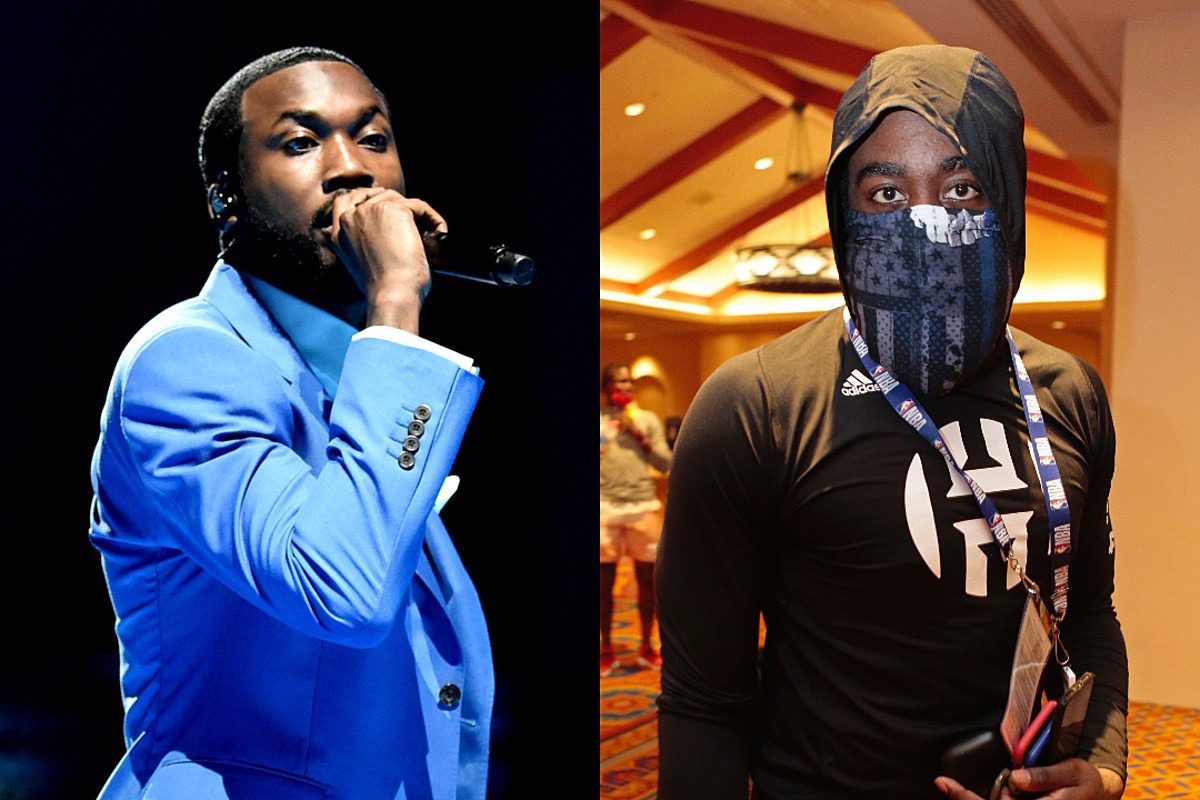 Meek Mill has come to the defense of James Harden after the Houston Rockets point guard recently received backlash for wearing a pro-police mask.

On Friday (July 17), the Philadelphia rapper offered his thoughts on the whole uproar, saying Harden was unaware of the mask's meaning. "Y’all know damn well Jh don’t know what that mask meant because I don’t!" Meek posted. "He donate millions in real life to our people! End of story."

That wasn't enough for some people who offered retorts to Meek's tweet.

"How does a grown man who has access to endless amounts of resources not know what that flag means smh," one person posted. "Oh & everyday people donate money & time on a daily basis."

"Money doesn't solve everything Meek," someone else added. "Perhaps he should have used some of that money to become a more informed consumer because it's clear to me what the meaning of that mask is. I'm surprised that no one questioned it about it early on actually."

Others were not as concerned. "Niggas really trying to find anything to bitch about," another person added.

Harden became the topic of discussion on Thursday (July 16), after the Rockets' Twitter account posted a photo of the NBA All-Star wearing a face covering that appears to resemble the "thin blue line" image, which reportedly supports police and at times has been used to counter the Black Lives Matter movement. The post was captioned, "Mask Up."

Meek Mill isn't the first rapper to come to Harden's defense. Young Thug also spoke up for the NBA veteran.

"Just so u know James harden is my brada…btw he don’t have internet so he obviously don’t know what’s right or wrong if he posted something that’s against US…but I hate when rappers get in niggas biz like it’s can’t happen to em💥 buster let niggas clear they shit up activist," Thug tweeted on Friday.

Harden has since addressed the backlash saying he was unaware of the meaning behind the face covering. "Honestly, I wasn't trying to make a political statement," he said, according to CNN. "I wore it because it covered my face, my beard." Harden added, "I thought it looked cool, that was it."

The incident occurred as tensions remain high and civil unrest continues over the high profile killing of George Floyd and many others who have lost their lives at the hands of police brutality.