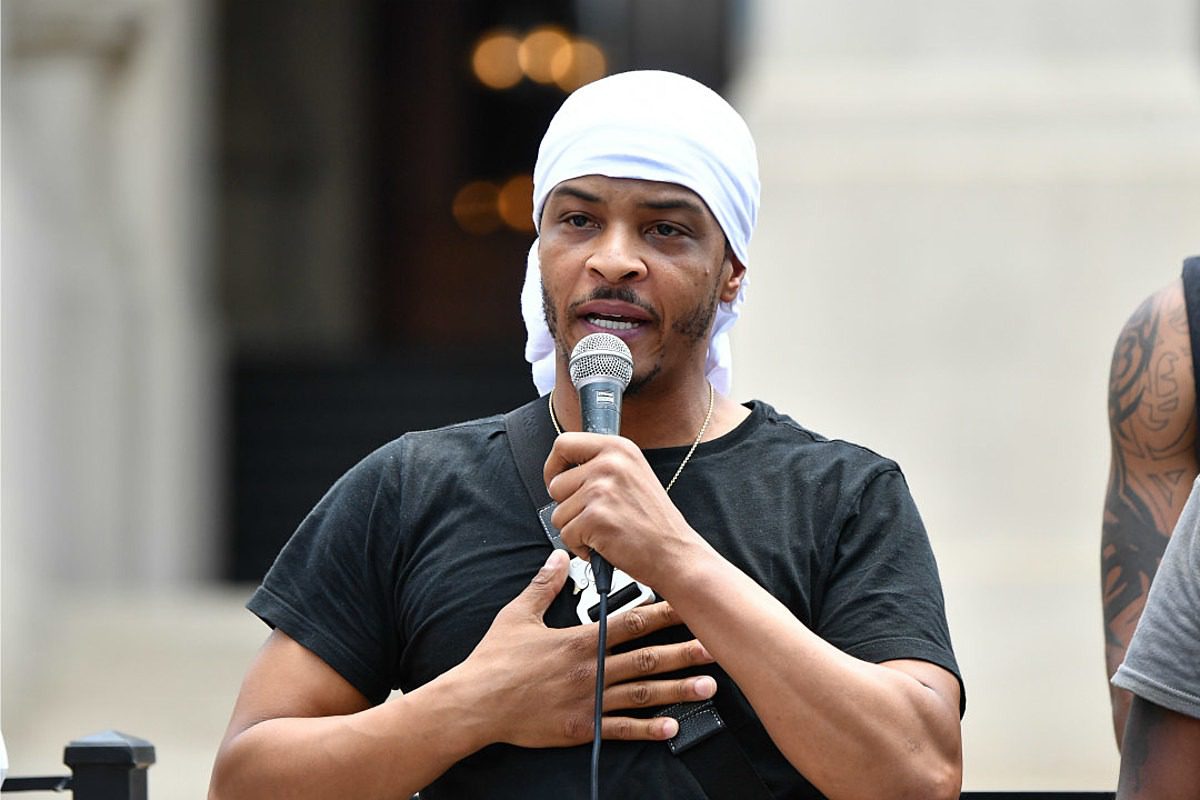 T.I. is using his voice to fight for reparations.

On Friday (July 17), the Atlanta rapper shared a detailed open letter to Lloyd's of London demanding descendants of slaves be repaid by the insurance giant over their involvement in the Trans-Atlantic slave trade.

"It has come to our attention that your company has built on the blood, sweat and tears of our ancestors. We have seen you apologize for your 'shameful role' in the Trans-Atlantic slave trade, but that simply is not enough," Tip writes, referencing the company's admittance of fault in June. Lloyd's pledged to correct past ills by hiring more Black employees and promoting diversity among its ranks.

"Your commitment to reparations is an honorable one, but commitment without tangible actions is merely lip service," T.I. continues in the letter. "We demand a specific call to action that includes, but is not limited to direct reparations be made to the families who were ripped from their native lands and sold as property while your company profited from the whole shameful endeavor."

The Atlanta rapper offered solutions including a 10 percent ownership of Lloyd's be given to the descendants of African slaves, a $1 million, one percent interest cash loan be given to every African-American adult and the company should have at least one African-American member on its board.

Tip captioned the lengthy letter, "As promised… an open letter to Lloyd's of London @lloydsoflondon on behalf of 'The Descendants' of African Slaves. We demand equitable financial consideration for their "shameful role" (quoting them) they played in the Trans Atlantic Slave Trade. Our people have been financially impaired & economically disabled due to the systemic oppression and institutional racism it leaves behind. Our demands are clearly stated in the letter above. Any & everyone who agrees with the message & intention of the letter hit the link in my bio to sign the petition. IF WE WANT REPARATIONS WE HAVE TO DEMAND IT‼️ LIFE IS ABOUT LEVERAGE‼️ Asking nicely will only get US more of the same excuses 'Why Not' as usual. TIME TO TAKE WHAT WE KNOW OUR ANCESTORS DESERVED & DIED FOR‼️"

T.I. has been using his platform to speak out more or more often, recently. In June, he joined protests in Atlanta over the police killing of Rayshard Brooks. He was one of the many rappers who demanded justice for the murder of George Floyd, an unarmed Black man killed by police in Minneapolis, Minn., whose death served as the catalyst for protests of police brutality all over the world.