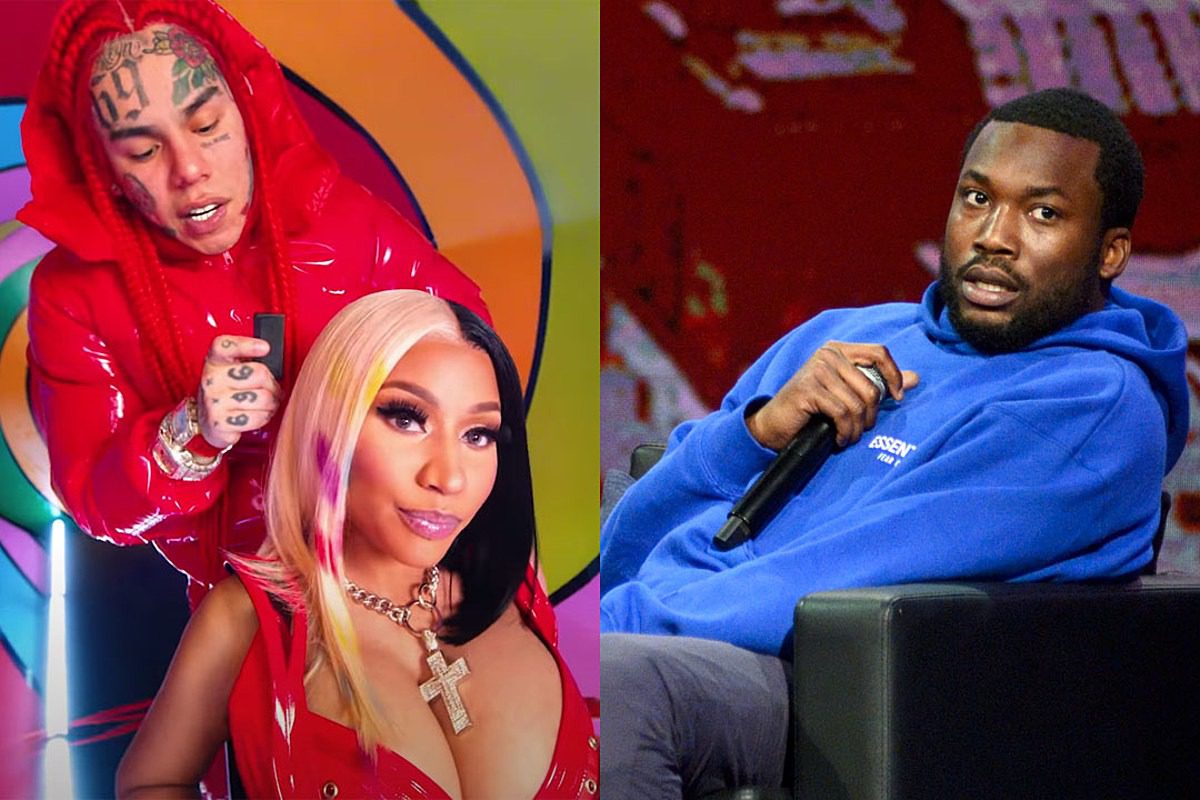 Nicki Minaj's fans are relentless via social media and they came for Meek Mill after 6ix9ine called him out while on Instagram live last night.

As promised, Tekashi went on IG live late Thursday night (June 11) just before premiering his new "Trollz" record with Nicki. However, during the livestream, the Brooklyn rapper went in on Meek, whom he has traded disses with publicly. Their beef stems from the Philadelphia native suggesting 6ix9ine apologize to the people he testified against during his federal firearms and racketeering trial while on Instagram live following the release of his single "Gooba" last month.

Tekashi also claimed that the Queens, N.Y. MC is a contributing factor in Meek's success. He later said that Meek and Future are unable to make it on the charts without a feature from Drake.

Nicki's Barbz unified and attacked Meek via social media calling him a snitch. Underneath a tweet, in which Meek wrote, "We are legion …. expect us lol," the Barbz unleashed their fury and went on a trolling spree.

One person said, "We are the BARBZ expect us!"

"SNITCHES IN YA CAMP," another wrote.

See more tweets from Nicki Minaj's Barbz to Meek Mill after he was called out by 6ix9ine on IG live below.