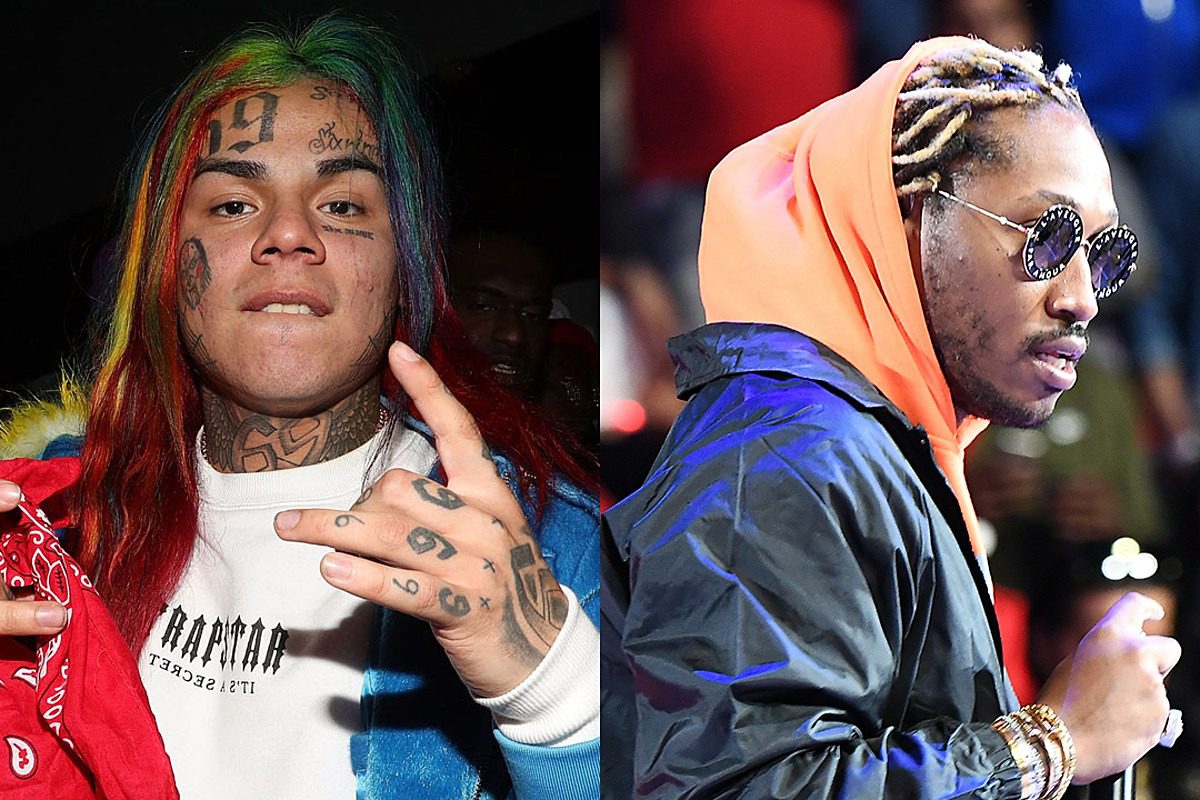 6ix9ine claps back at Future following the "Mask Off" rapper's response to the "Fefe" artist mentioning Future needing Drake to get a Billboard hit on Instagram live last night.

Late Thursday evening (June 11), Future reacted to 6ix9ine's Instagram live antics in his own Instagram story, stating that "the results frm [sic] when u bet on yourself…been ah go getter never waited on no nigga" and more. In Tekashi's comeback, which he wrote in The Shade Room's comment section for a photo of Future's IG post, the "Gooba" rapper called Future a deadbeat father.

Tekashi's "deserve to die" message is in response to Future's lengthy IG story. There, Hndrxx seemingly referred to the snitching claims the Brooklyn native made on social media yesterday.

"At the end of the day, you work for the police," Future began. "I believe if you hang with a snitch you a snitch and deserve to die but that's jus me Ima get a billion and all the killers love me #facts I owe you ah fuck you I would say suck my dick but you gone do it…king Pluto #facto I trust me."

The 36-year-old rapper's snitching comments come after 6ix9ine went on Instagram live last night to name-drop a few of his peers, whom he claims have snitched or are associated with snitches. Before premiering "Trollz" with Nicki Minaj, the "Fefe" rhymer called out Meek Mill and Snoop Dogg for their supposed ties to snitches even though they have publicly condemned him for working with the feds. 6ix9ine also called out Future for being a deadbeat dad and accused the Atlanta rapper of needing Drake to get a Billboard hit.

On Thursday night, 6ix9ine cited the drug use Future mentions in his songs and his child support issues. Tekashi also claimed that the High Off Life rapper's association with Meek Mill makes him a snitch as well.

Future is the only rapper that has responded to Tekashi's IG live accusations so far.