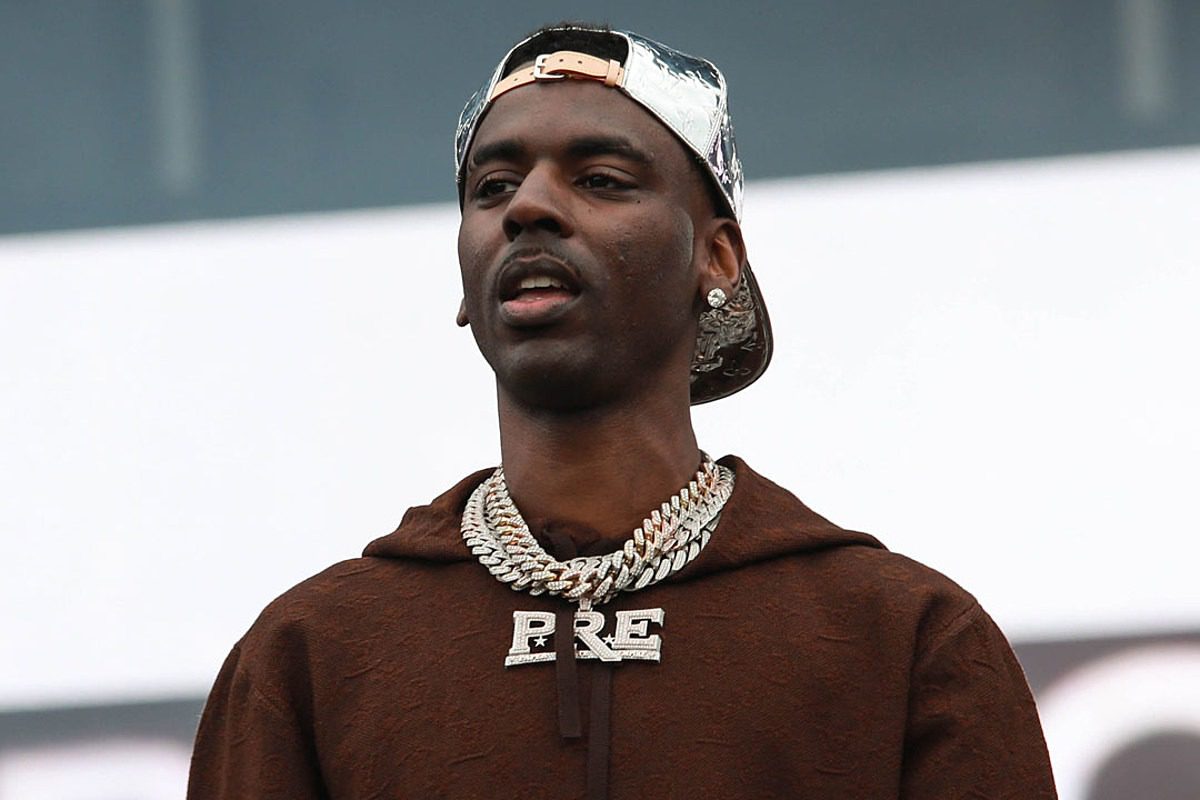 New developments have been made in connection to the murder of Young Dolph after photos of his alleged killers surface.

On Thursday morning (Nov. 18), Fox13 Memphis reported that the Memphis Police Department are looking for two suspects in the murder of the Chicago-born, Memphis-bred rapper, who was killed on Wednesday (Nov. 17). The news outlet shared two still images, presumably from surveillance footage, which very clearly shows two men.

One of the men is in a dark hoodie, grey sweatpants and a medical mask holding what looks like an assault rifle. The other man, wearing a black hat, black hoodie and grey sweatpants, is holding a gun and appears to be firing the weapon, likely into the window of Makeda's Homemade Cookies where Dolph was when he was shot and killed at around 1 p.m. You can see the photos at the bottom of this post.

Local Memphis outlets were at the scene of the crime yesterday, in the parking lot of Makeda's Homemade Cookies. The owner of the establishment told Fox13 that according to his employees, Dolph had come in to buy cookies when someone drove up, shot and killed the rapper. He had come to the cookie shop a week prior to make a cookie purchase as well.

The investigation into Young Dolph's death is ongoing.

Shortly after news surfaced of the Tennessean rhymer's passing, rumors began spreading that Prive restaurant in Memphis, owned by Yo Gotti's mother, and Blac Youngsta's grandmother's house had been shot at. However, those claims were later denounced.

Four years before Dolph's passing, he was involved in a shooting in Los Angeles in September of 2017 outside The Shoe Palace. Although he did sustain injuries, they weren't life-threatening.

In February of 2017, Young Dolph's black SUV was riddled with 100 bullets while the rapper was in Charlotte, N.C. for CIAA Weekend. No one was in the bulletproof vehicle and no injuries were reported.

Blac Youngsta was later arrested in connection to the latter shooting, along with two others, after warrants were issued for their arrests. The seven charges Youngsta faced—six counts of discharging a firearm into occupied property and one count of felony conspiracy—were ultimately dropped.