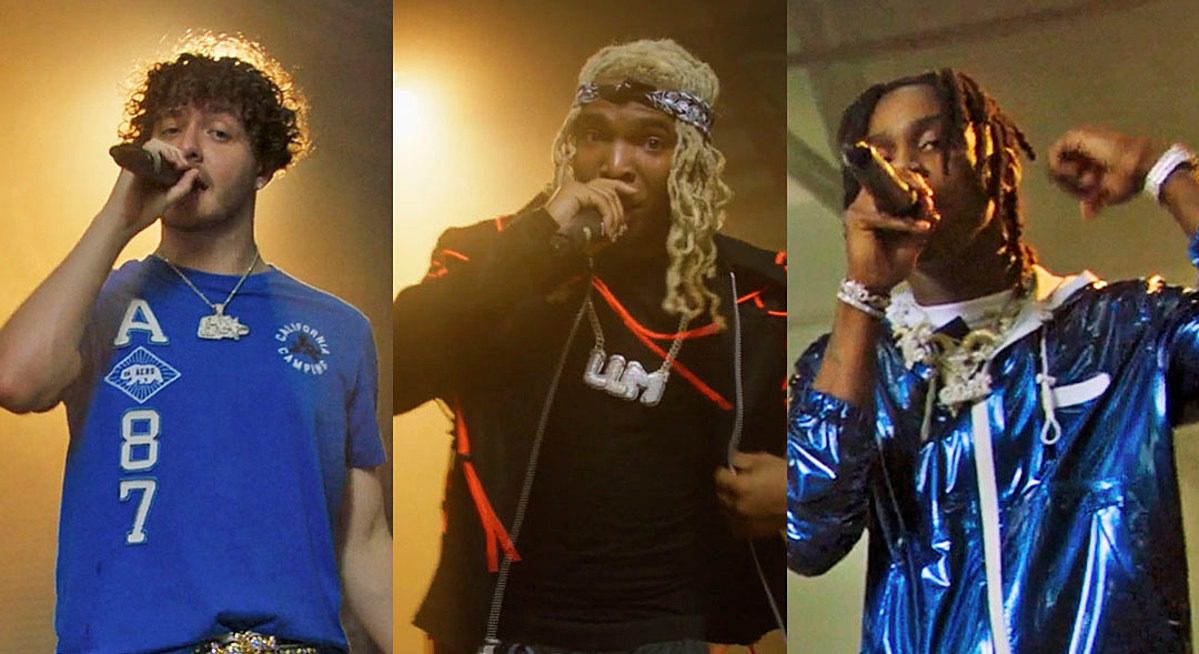 Combining artists for a hip-hop cypher can always be a tricky business, but, provided each rapper stays true to themselves, it can work out really well. So, it should be no surprise that 2020 XXL Freshmen Polo G, Jack Harlow and Lil Keed did just that to deliver memorable performances for their 2020 XXL Freshman cypher.

Spitting over an energetic, uptempo beat produced by Grammy Award-nominated, South Carolina producer Jetsonmade, who's the music curator for this year's class, each artist brings their own sauce to the mix.

Lousiville, Ky. rhymer Jack Harlow kicks things off with a bouncy flow, tight rhyme schemes and a sense of humor. "My shit classic, Tom & Jerry/Lotta commentary, shit seem cool but it's gotten scary/Fuck the game up, I'm poppin' cherries/At the mall they stop and staring/I got birds, but they not canaries," Harlow spits on the track.

Next up is Atlanta's Lil Keed, who offers some flexes about designer drip, carrying weight and stick-toting over the course of about 30 seconds. "Pounds in the bookbag/Not goin' to school/Got sticks in the jeans, got straps on the shoes," he raps. "Oou, get wavy/Oou, biscotti blunt/Oou, I face it/I'm comin' with cadence."

Finishing things off is Polo G, who takes the XXXTentacion route by going full a cappella mode after having Jetsonmade cut the beat. The Chicago native serves paragraphs' worth of quotable bars that includes him speaking on new generation gangstas and deactivating souls during his minute-long verse.

"Kick in his door and put that sawed in his mouth/I'll have my killers come and paint the walls in his house/Deactivate his soul, hollows logging him out/Lost his mind, seen that blood from his dog spilling out/I was on the front line, standing tall in the drought/I been going hard like I gotta ball for the scouts," Polo raps in a ferocious verse.