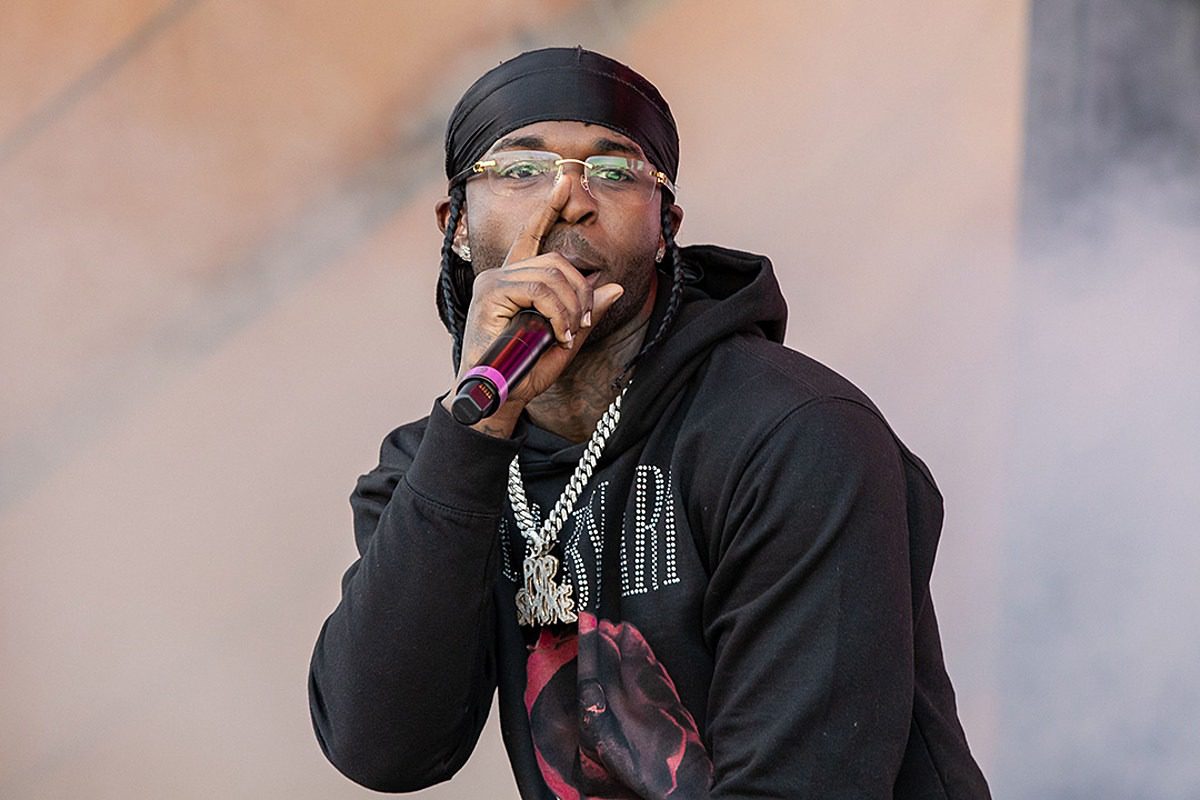 On Sunday (July 12), Pop Smoke hit the No. 1 spot on the Billboard 200 for his debut album, Shoot for the Stars Aim for the Moon. The posthumous album moved an impressive 251,000 equivalent album units. Of that total, 59,000 came from traditional albums sales. This marks the first No. 1 posthumous album since XXXTentacion's Skins album debuted at No. 1 in 2018.

The debut album comes five months after the rapper was killed. The 19-track album was completed by 50 Cent, who offered to help executive produce the LP out of love and respect for the fallen Brooklyn native.

The album, which features guest appearances from Quavo, Swae Lee, Future, 50 Cent and more, was released on July 3. Shoot for the Stars Aim for the Moon is the highest-charting project for the "Dior" rapper. His previous project Meet the Woo, V2 peaked at the No. 7 position and spent 21 weeks on the chart.

Since its release, Pop's team and fans have seen the album receive critical acclaim from those who know the collection is a representation of what the young rhymer had in store.