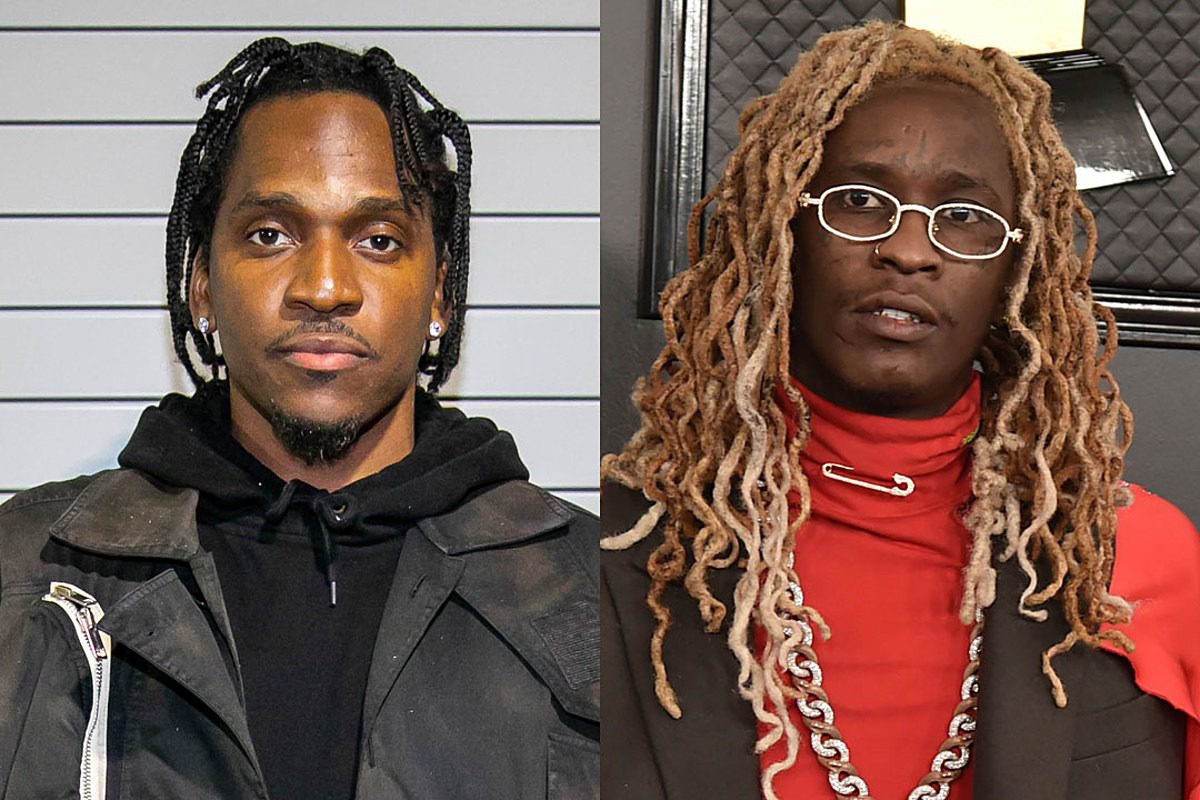 Pusha-T is not leaving anything unsaid in his exchange with Young Thug over his purported diss at Drake on a leaked Pop Smoke track featuring them both and Gunna.

It all started when Young Thug expressed his issues with the G.O.O.D. Music president's verse on the track called "Paranoia" on Tuesday morning (July 7). Thugger wrote via Instagram, "I don't respect the Pusha t verse on the song with me and gunna cause I don't have nun to do with y'all beef nor does Gunna, and if I knew that was about him [Drake] I would've made changes on our behalf.. this rapper shit so gay."

Pusha-T has since responded in a thread of messages on his Instagram Story. In the first of four comments, Pusha gave background information as to how everything unfolded with the verse.

"Aye @youngthug couple things: 1. Don't feel bad, nobody knew what the verse was about," King Push wrote. "The label heads that stopped it didn't even know. They only assume because he told them! The same way he told about the Ross "Mayback 6" verse. And if he'll tell record executive abt rap verses, God only knows what else he'll tell! I don't deal with police work. Police rappers or Police Niggas."

In a series of follow-up posts, Pusha told Thug he requested him to be on the record. Pusha also said he doesn't desire to have Thugger's respect for what he brings to the table in the rap game. "2. @youngthug, you were the last verse added to the song that's only because you requested it," Pusha-T continues. "3. And most important @young thug, just so we are clear…I would never look or need your respect for what it is I bring to this rap game."

The Virginia MC added that he would like to be removed from Pop Smoke's forthcoming deluxe LP. "@stevenvictor I demand you take me off the deluxe @realpopsmoke album to avoid any confusion that may take away from this amazing body of work," he wrote.

The record in question was apparently leaked and did not make it on Pop Smoke's Shoot for the Stars Aim for the Moon album because of a glitch. The song is supposed to be added to the project, but it's uncertain if that will even happen now.