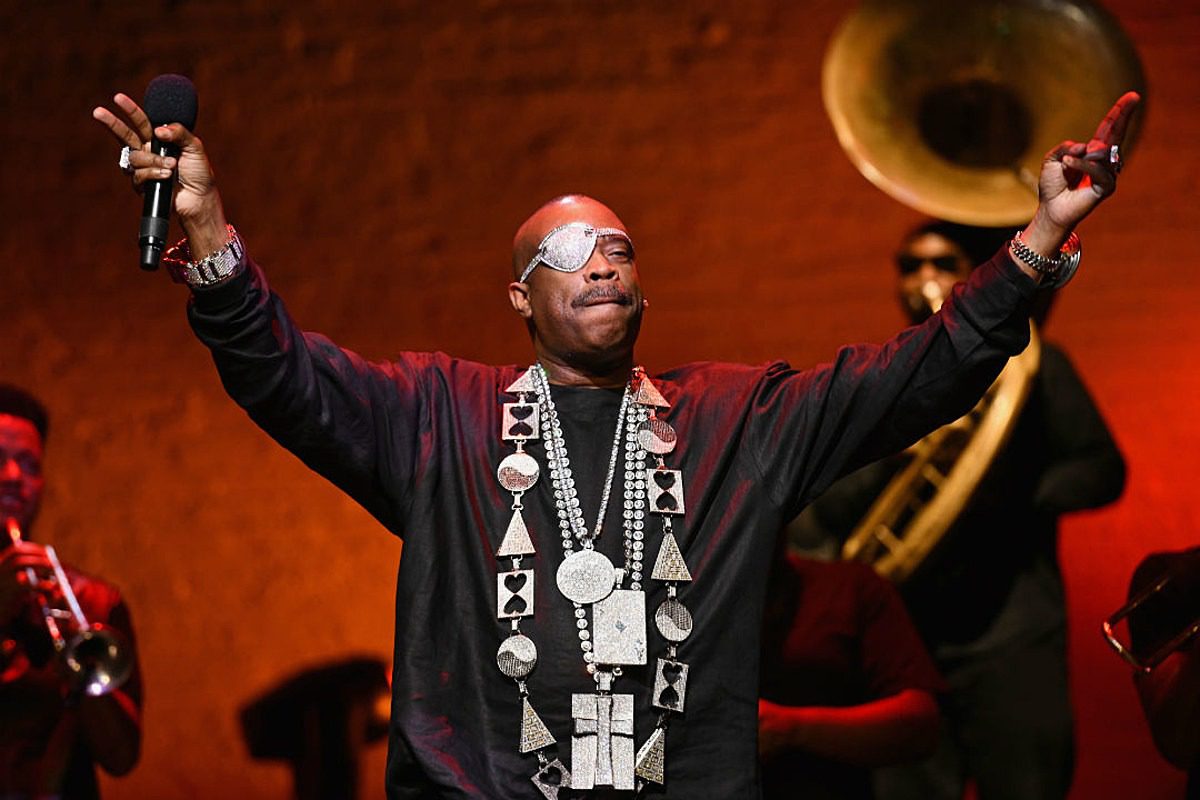 Slick Rick is back with some new music to help wade through the heaviness impacting the country right now.

In honor of Black Music Month and Juneteenth, the celebratory day that commemorates the end of slavery, the veteran MC has released a new project titled The Ruler's Storytelling Mix today (June 19). The 38-track mix, blended by DJ Kaos, contains appearances from the late Aaliyah, Jermaine Dupri, Will Smith, Raekwon, Snoop Dogg, Jay-Z and a host of other trailblazers in hip-hop and R&B music.

In addition to Rick's new project featuring verses on familiar tracks like Jay's "Girls, Girls, Girls," there are also six new never-before-heard records on the tape including an unreleased version of Treasure's "Someone New" and "I Wanna Rock Freestyle."

This new bundle of tracks comes nearly two years after the Bronx, N.Y. native announced the release of the 30th anniversary edition of his classic debut, The Great Adventures of Slick Rick, which originally dropped in 1988. The album was rereleased by Def Jam, in partnership with Urban Legends and UMe.

The Great Adventures of Slick Rick was made available in digital and physical form and was delivered to fans on Feb. 22, 2019. A month later, on March 15, 2019, deluxe and standard vinyl versions of the LP were offered.

The 17-track album contains previously unreleased music including four demos and a track titled "Snakes of the World Today."

About six months before Rick honored the birth of his first studio album, he was officially inducted into the Bronx Walk of Fame.

Check out Slick Rick's The Ruler's Storytelling Mix below.