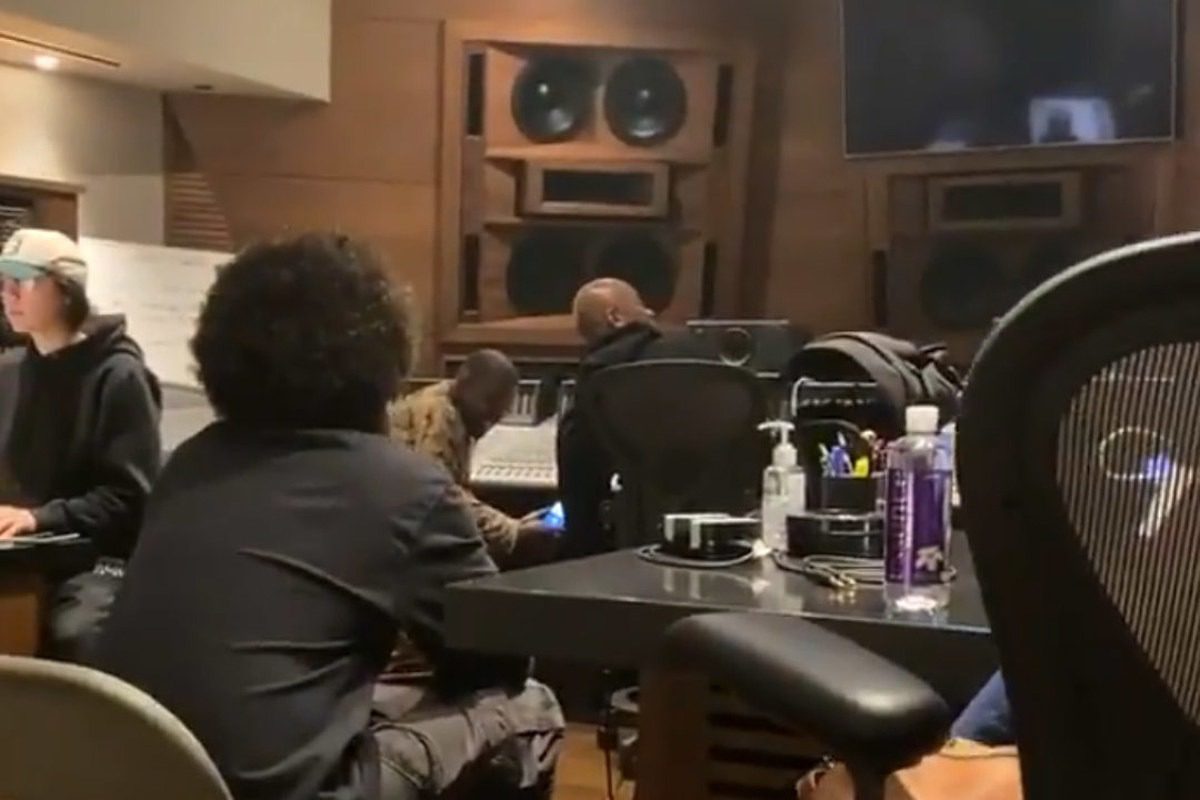 Kanye West and Dr. Dre are cooking up.

On Friday (June 26), video surfaced of the two legendary producers in the studio working on what is believed to be the sequel to Yeezy's Jesus Is King album. The footage was taken by Snoop Dogg, who secretly nabbed the exclusive video from the back of the studio.

This confirms West's tweet earlier in the day, where he apologized to Dre for spilling a drink during their session. "IM SORRY DOCTOR DRE I SPILT THESE THREE DROPS OF ORANGE JUICE MIXED WITH UUUUUUM WHILE WE WERE FINISHING OUR FIRST PROJECT," he captioned a photo of a cup on a rug.

'Ye first announced Dre would be involved in his JIK sequel back in November, a month after the release of the original project. "Ye and Dre Jesus is King Part II coming soon," Yeezy wrote in a tweet, which included a photo with Dre.

West later explained what it took to get Dre involved in the project. “I used to spend all my time trying to make my beats be mixed as good as Dr. Dre, who knew all I had to do was do an album for God and then Dr. Dre would start mixing my beats," he told the crowd at a Sunday Service event. "Spend your time on God and he will handle the rest."

Friday was a huge day for Kanye. He also announced a 10-year deal with the Gap clothing brand. The trailer also dropped for his Kids See Ghosts cartoon with Kid Cudi.