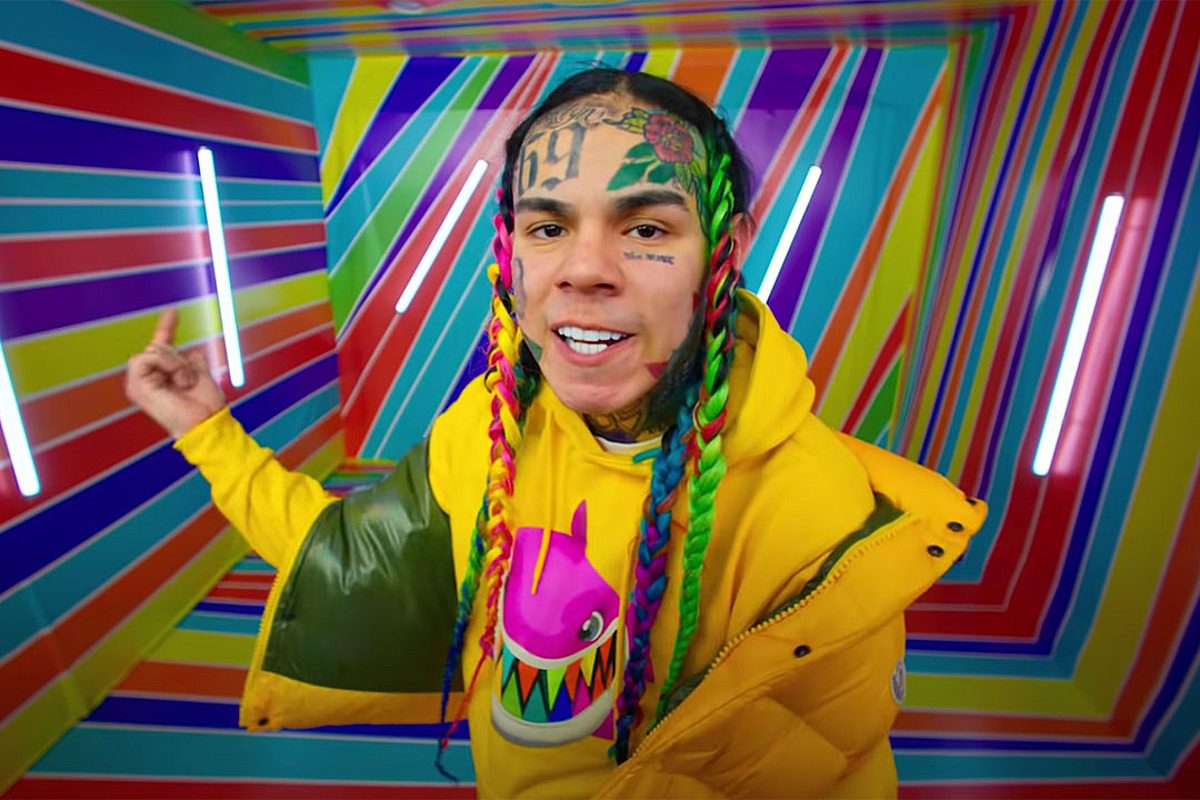 6ix9ine has new music on deck.

On Saturday (June 27), the Brooklyn rapper-federal informant announced he would be dropping his third post-prison single next week on July 3. He also updated fans on his house arrest status.

"So, I have about 34 more days until house arrest is over," he revealed via Instagram. "About 34 more days and the ankle monitor comes off and the king of New York is back on the street. I'm gonna give y'all one more music video."

Tekashi went on to brag about his musical accomplishments since getting out of prison, following the shortened sentence he received after cooperating with the federal government to help take down his former associates in the Nine Trey Gangsta Bloods gang.

"Just picture this, right," he continued. "I been on house arrest. I broke a whole bunch of records. Since I been home, the first song straight outta jail is platinum. I have the No. 1 record in the world, from house arrest. I've been shooting all the music videos in my living room. I'm gonna give y'all one more music video. Picture the noise I'm gonna make when I'm outside."

He captioned the clip, NEW MUSIC VIDEO THIS FRIDAY JULY 3RD, #1 SONG IN THE COUNTRY. 1st SONG HOME PLATINUM. MOST WATCHED HIP HOP VIDEO IN 24 HOURS ………… ALL FROM MY LIVING ROOM 🌈."

6ix9ine has enjoyed a great deal of success since being released from federal custody in April. As he noted, his first post-prison single, "Gooba," broke a YouTube record for most views for a hip-hop video in 24 hours. His latest single, "Trollz" featuring Nicki Minaj, debuted at No. 1 on the Billboard Hot 100.

Recently, the rainbow-hair rapper has been teasing new music. A couple weeks ago, he previewed a sequel of Akon's "Locked Up." He has also expressed a desire to remake 50 Cent's "Many Men."