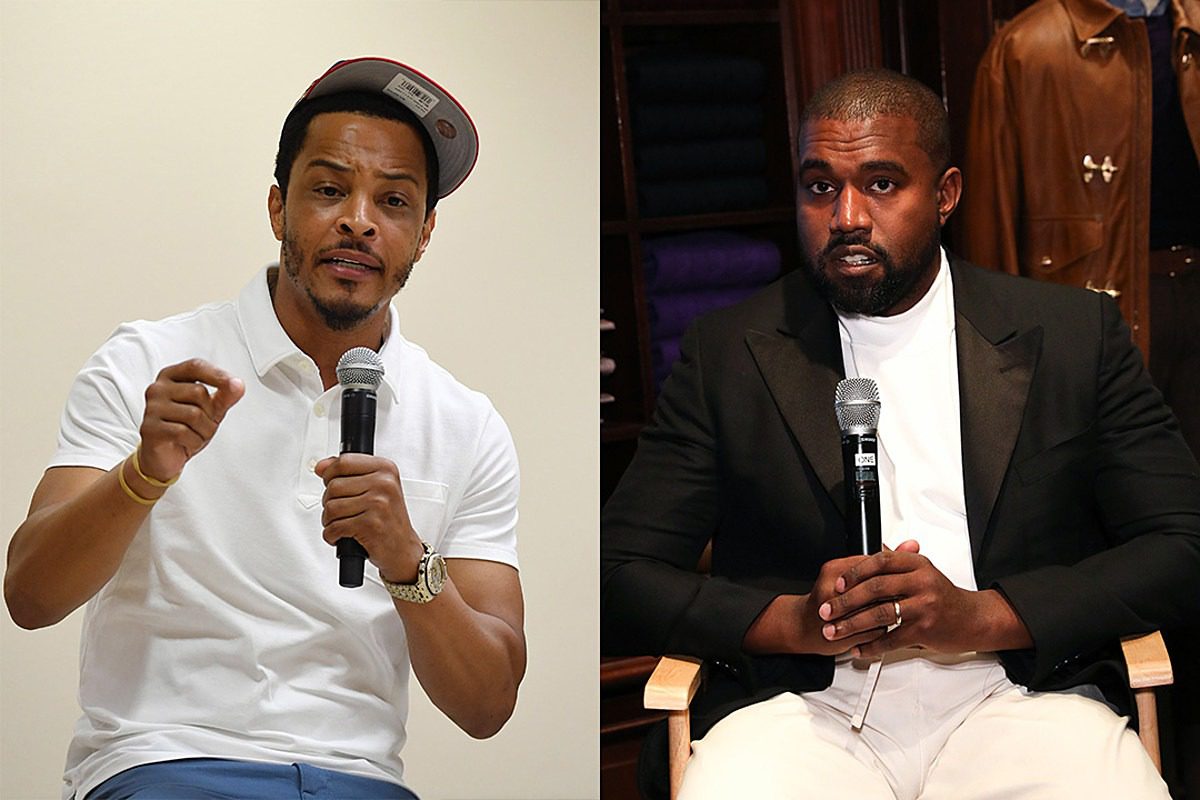 T.I. is the latest rapper to call out Kanye West for his recent comments about Harriet Tubman during the presidential hopeful's first campaign rally in South Carolina yesterday.

Tip hopped on Instagram this afternoon (July 20) and condemned ’Ye's claims that the acclaimed abolitionist didn't make numerous trips to get over 300 slaves to freedom using the Underground Railroad. "Nahhhh WE Can't let you do that Ye'….," T.I. began. "What WE NOT gon do is slander nor disrespect the legacy of our heroic Queen Harriet Tubman by telling falsities in an attempt to discredit the contributions she made to LIBERATE OUR PEOPLE‼️ Cuzz U BUGGIN‼️ THIS IS ABSOLUTELY TOO FAR‼️ I truly hope you either have a logical explanation for all this… or get the medical attention you so desperately need Bro. I say this with love and sincerity."

While speaking of Tubman during his rally at the Exquis Event Center in North Charleston, S.C., Kanye paused then said, "Well, Harriet Tubman never actually freed the slaves, she just had the slaves go work for other White people."

Snoop thanked Tubman for her efforts via IG and said that he's praying for ’Ye.

"I think it's pretty fucking clear that Ye ain't got no 'real friends,'" Joey Badass tweeted.

London, who expressed concern for Kanye, tweeted, "Pray for Kanye man real shit I can't laugh at a situation where I know a man going through something for real."

Speaking of Jay-Z, Kanye revealed over the weekend that his ideal running mate for his 2020 presidential campaign would be his Watch the Throne collaborator. While speaking with Kris Kaylin, a host on Charleston, S.C.'s Z93 Jamz, Ye said he's want Hov to be his second-in-command on his campaign, but he hasn't spoken to the Roc Nation founder just yet.