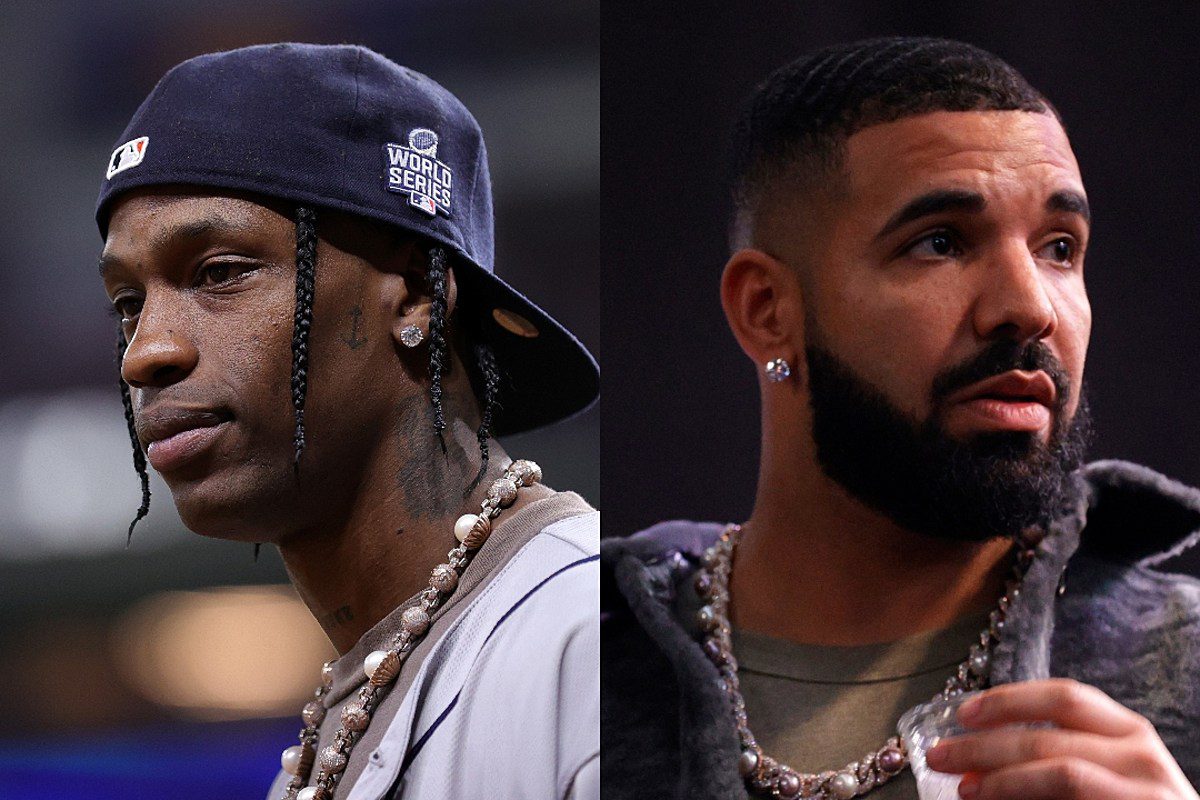 Travis Scott is facing additional lawsuits following the mass casualty event at his annual Astroworld Festival that took the lives of eight people, hospitalized 25 individuals and injured others over the weekend. Drake, who performed at the event, and Live Nation Entertainment have been included in these lawsuit as well.

According to a report from CBS News on Monday (Nov. 8), three lawsuits were filed against Travis, Drake, who made an unannounced appearance at the show, and Live Nation on behalf of at least three concertgoers who say they sustained injuries at the jam-packed concert in Houston Friday night (Nov. 5). Two of the lawsuits are seeking $1 million separately in damages.

A civil lawsuit filed by an individual named Kristian Paredes against Travis Scott and Drake accused the collaborators of negligently inciting "a riot and violence," also claiming that Live Nation did not provide sufficient security and medical personnel for the event.

The legal filing additionally said that Travis "had incited mayhem and chaos at prior events."

In the lawsuit, Paredes "felt an immediate push" before "the crowd became chaotic and a stampede began." This transpired when Travis Scott began to perform.

The suit added, "Many begged security guards hired by Live Nation Entertainment for help, but were ignored."

Paredes has reportedly "suffered severe bodily injuries" that according to the lawsuit "had a serious effect on the Plaintiff's health and well-being" stemming from the pandemonium at the concert.

The lawsuit also said, "Some of the effects are permanent and will abide with the Plaintiff for a long time into the future, if not for his entire life."

Texas attorney Thomas J. Henry is representing Paredes, who attended the catastrophic event. According to a press release, Henry is "actively investigating the failings at Astroworld and is providing immediate consultations to all injured victims as well as to families who had loved ones hurt or killed at the concert."

Henry also said in a statement, "There is no excuse for the events that unfolded at NRG stadium on Friday night. There is every indication that the performers, organizers, and venue were not only aware of the hectic crowd but also that injuries and potential deaths may have occurred. Still, they decided to put profits over their attendees and allowed the deadly show to go on."

Civil rights attorney Benjamin Crump is representing another victim, 21-year-old Noah Gutierrez. Crump said on Sunday (Nov. 7) that he expects more lawsuits to be filed on behalf of additional victims this week.

Crump said in a statement, "We are hearing horrific accounts of the terror and helplessness people experienced—the horror of a crushing crowd and the awful trauma of watching people die while trying unsuccessfully to save them. We will be pursuing justice for all our clients who were harmed in this tragic and preventable event."

Concertgoer Manuel Souza, who was injured during the chaos, filed a lawsuit as well, which includes Travis Scott, Live Nation Entertainment, concert organizer ScoreMore and numerous other companies involved in the festival. Souza is seeking $1 million in damages.

As previously reported, a crowd surge ensued during La Flame's performance on Friday night (Nov. 5), particularly when Drizzy took the stage, resulting in attendees "compressing" towards the stage.

Houston Fire Chief Samuel Peña confirmed the casualties, hospitalizations and injuries Saturday morning (Nov. 6) during a press conference, saying that there was "panic" that began to cause injuries.

Following the deadly event, Travis Scott, who has expressed his devastation regarding the incident, will reportedly be issuing refunds to all Astroworld Festival attendees. He has also canceled his headlining performance at Day N' Vegas Festival, which is scheduled for this Saturday (Nov. 13).

XXL has reached out to a rep for Travis Scott, Drake, Live Nation and Thomas J. Henry for a comment.